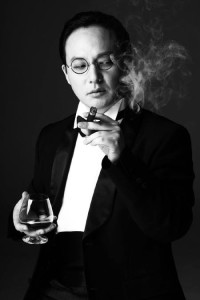 The K-pop world lost another voice on October 27, 2014, as singer Shin Hae-chul passed away following surgery for a cardiac arrest. His surgery took place five days before his death and was initially reported as successful despite him remaining unconscious.

His bereaved wife Yoon Won-hee requested an investigation against the hospital, alleging he received stomach surgery that was not approved by the family. Shin’s agency KCA Entertainment also claimed they received incomplete medical records from the hospital after his death. The hospital responded that these allegations are false, and no surgeries were performed without his family’s consent.

His cremation has been postponed until another autopsy is performed to clarify his exact cause of death. The police confiscated all medical records and will question people from the hospital.

Regardless of the results, let us all remember that this man touched the music world with his gift and should have his life celebrated. His last album release was Reboot Myself, which came out in June of this year. Here is his final MV for the title song “A.D.D.A.”

Losing a talented artist is always heartbreaking, and this is a very sad turn of events for Shin Hae-chul’s family. Hopefully, some answers from the investigation will give his loved ones and fans closure. We offer them our sincerest condolences.