Infinite F: Is The Whole Greater Than The Sum of Parts? 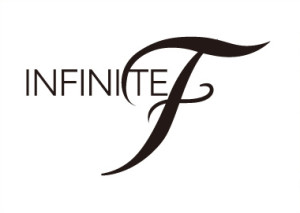 Aaaand… another Infinite subunit has confirmed its debut. Although Infinite F has been teased a couple of times since their One Great Step Returns concert, there had seemed to be no real concrete plans for the subunit. Even with the trio constantly bringing up their debut plans, it took eight whole months before Woollim announced that the Infinite F would be debuting in Japan on November 19.

As opposed to Infinite H, whose members have a distinct flair for hip-hop, Infinite F can be crudely termed the ‘leftover unit.’ Leader Sunggyu has released his solo album, main vocalist Woohyun has his bromance Toheart unit with Shinee’s Key, rappers Hoya and Dongwoo are one of the most acclaimed sub-units, so here’s the question that’s left hanging – will the other three members get an equal chance at some subunit/solo activities?

It’s apparent that the visual boys of the maknae line, as amazingly handsome as they are, leave something to be desired for in the vocals department. This judgement of their voices is also shared by Woollim, as Sungyeol, L, and Sungjong used to only sing a couple of lines in each of Infinite’s title song. In their debut song “Come Back Again”, Sungjong, Sungyeol, and L’s individual parts lasted 1, 3, and 4 seconds respectively. Sungyeol famously only had one English-speaking (not even singing!) line “Do you hear me? (x2)” in their breakout song “Be Mine,” and he has mentioned before that he rejected individual singing parts as he had very little faith in his own skills. As a seven-member group, it’s easy to hide behind the stronger voices during the harmonies, but it’s during the solo parts that one’s ability can truly be evaluated. 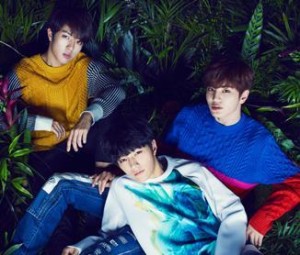 Fortunately, this five-second singer phenomenon for Infinite has started to fade in the recent years as the three of them are trusted with increasingly more singing lines. Music critic Im Jin-Mo said, “If there are only a few seconds of solo parts, a singer will naturally practice singing less — which is what singers are supposed to do.” It’s a vicious cycle that erupts, shortage of singing parts leads to inadequate practice, which naturally causes a lack of self-confidence and so on.

To me, Infinite F is merely a vehicle for the three less proficient singers to get some experience as main vocals. Let’s be honest, even if their vocals were to improve by leaps and bounds, they would only ever play second fiddle within Infinite. Thus, the only way for them to take the spotlight for themselves is perhaps for the three of them to strike out on their own.

And as popular as Infinite is in Korea, they haven’t exactly reached the status and seniority that allows anything they release to turn to gold. In fact, Woollim has been pretty deliberate in marketing and training Infinite as great live performers who have carved out their own style and sound, and subpar releases, even under a subunit, could threaten to derail this reputation Woollim has painstakingly built. 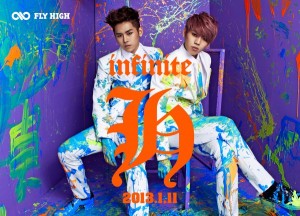 Woollim has also smartly managed to get around this quandary of risking their domestic popularity and reception, yet wanting Infinite F to get exposure beyond concerts and albums. The Japan market is somewhat detached from the Korea market, and the three boys wouldn’t have to suffer hate comments and criticisms, which the Korean audience is prone to issue. And given the vastness and isolation of the Japanese market, it’s definitely a safer market for Woollim to experiment with Infinite F and test out the fans’ response.

Unlike Infinite H, Infinite F is less geared towards showcasing a new side of Infinite and venturing into a new genre to gain new fans. The appeal of Infinite F, whether in Japan or Korea, is likely to remain firmly within the Inspirit realm. Succinctly put, we are probably not going to see an Orange Caramel effect here.

From the two songs that are already released to the public, their genre seems to be leaning towards simple upbeat pop. And hoping that Infinite F manages to get by with their vocals, a catchy dance or acoustic track is probably what they’re aiming for. “Heartbeat” is a much better put-together song than “Going Crazy,” which is honestly quite a boring blip on the colourful Season 2 album.

L seems to have taken it upon himself to be the lead vocalist, and while his nasal voice is not everyone’s cup of tea, he seems to be pretty excited to be taking centre stage (from various fancams) and utilizing his higher range. Just as how Infinite’s choruses have a very distinct Sunggyu tint to it, the same can be said for L in Infinite F. And while L doesn’t have the most polished set of pipes, he’s probably the most stable vocalist compared to the other two. Although individually their foundations might be shaky, coming together as a trio might be able to play off some of the synergy and strengths that they each have. Sungjong’s gentle voice could serve as a nice contrast to L’s sharper notes, and Sungyeol could come in to support the lower register. Singing in chorus as three would make it relatively difficult for them to hide behind someone else’s voice, and it forces them to work harder on their vocal skills. Taking the stage alone might be a unnerving experience, but performing together could allow their chemistry to shine beyond what they offer alone.

Simply said, this subunit is one that’s requested by fans, and thus for the fans only. I’m not expecting anything groundbreaking from the trio, but I want them to challenge themselves a little more and have fun promoting without the hyungs taking the spotlight. Habitually fading into the backgrounds, the maknae line is going to find themselves stepping out of their comfort zone, from interviews to fansigns to stages. Infinite F is a training and experimental subunit, which should aid the boys in feeling relatively burden-free. No plans have been confirmed for promotions in Korea, but it’s probable that Infinite F will limit promotions to Japan.

In any case, it’ll be interesting to see what Infinite F will have to offer. What are your opinions are this subunit? Do you think the whole can be greater than the sum of the parts?