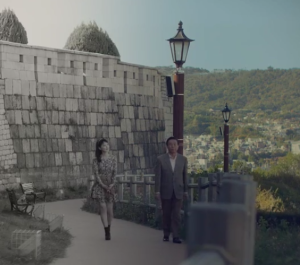 Yes, it is that time of year again. Ballads are the staple genre that seeps into the bevy of tunes that are churned out to take advantage of the season. Hence, popular ballad quartet 2AM has made their return with not one, but two ballad MVs from their latest album Let’s Talk.

2AM has been rather busy since their last single “Regret.” The group has been promoting in Japan, having released their first Japanese album titled The Voice earlier in January. In April, the band made a move: switching from Big Hit Entertainment back to JYP Entertainment.

With their return to their former label, it seemed apt that they would pre-release a track produced by Park Jin-young himself. “Days Like Today” marks the first single that JYP has worked on with the 2AM members in five years. Their title track “Over the Destiny” is also gaining buzz for being produced by Jo Kyu-man and Jo Kyu-chun. Interestingly enough, both songs have MVs that feature other actors as the main leads. I felt one of them definitely had a more effective and interesting story to tell than the other.

“Days Like Today” stars Park Young-ji as the main actor going through a day reminiscing about a former love. The song is quite a beautiful R&B flavored ballad about being unable to forget someone and missing them on a certain day. At the book ends of the song, there are static sounds overlaying the keyboard melody, taking the listener on a journey to a different time. Lyrically, the song is straightforward in its message of yearning for those times and notes that this isn’t a random one time ordeal: “guess it’s just one of those days.”

The MV itself is clever. It begins with Park Young-ji going through the motions of a day, but it is apparent his mind is elsewhere. As he waters his garden, the water overflows because he’s thinking of something else. Eventually, he walks to a park and has a popsicle. Jo Kwon is seen sitting next to him having a popsicle as well. After going under anesthesia while visiting the dentist (who is played by Changmin), the audience briefly gets to enter Park Young-ji’s memories.

Spoiler alert: it turns out that he used to share popsicles with his ex-lover. Well, that moment isn’t so much of a surprise, but the editing is done well — the dichotomy between his memory and his present reality is presented with half the scene in black and white while the other half is in color. Of course, he bumps into the other two 2AM members (Jinwoon and Seulong) as he continues his adventures lost in thought. A final scene of him walking up a hill with arrows pointing backward is the poetic end to the video — a glance upwards of how pleasant his trip down memory lane was.

While “Days Like Today” is a light-hearted recollection and longing for moments that have passed, “Over the Destiny” is a desperate desire for those memories and people of the past to come back. This song has the makings of a traditional ballad with strings and tight harmonization constructing a heavier tonal atmosphere. Lyrically, the object of the song is tad ambiguous — not necessarily resigned to a romantic interest but seemingly applicable to any loved one.

However, the MV plays up the romantic dramatics with actor Yoon Park running down a rugged terrain while objects of his relationship are falling down around him. Not in any particular order, but he manages to not get impaled by the bed, sofa, bicycle, glass vase with flowers, and the car as they all crash around him as he runs desperately ahead. 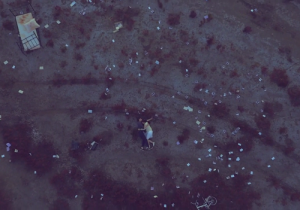 The climax of the MV arrives when, as suggested by a photo that falls earlier, his prior lover is the next thing to fall down. She seems to almost drift slowly like a feather to the ground allowing for a cut scene that shows Yoon Park almost kiss her. In the end, they both lie down in the dirt amongst all of their fallen, broken memories.

These two videos definitely showcase interesting storytelling methods. “Days Like Today” places the audience’s focus on multiple intersecting stories — an expectation of seeing the 2AM members as a B-story to the nostalgic A-story of Park Young-ji dreaming and missing a former love interest. “Over the Destiny” matches the more dramatic music in its video by having major projectile memories crashing around Yoon Park. There is even a tangible love waiting to be caught at the end (even if it is just symbolic).

Personally, I felt more compelled by “Days Like Today.” I like the mid-tempo vibe, and the video kept me interested with the revealing of each 2AM member. In contrast, “Over the Destiny” felt a tad predictable with its one note. Overall, both videos are what you expect from ballad songs: simple MVs that deliver the messages of their respective songs.