"Sugar Free" AKA Slay-ARA is Dead 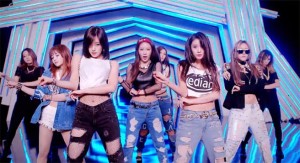 You wouldn’t dream of ordering your ice cream sugar free, you wouldn’t dare eat a candy bar without high fructose corn syrup, and you most certainly might drink Diet Coke but you know the original is a million times better. The same mentality applies to K-pop. I’ve said it before and I’ll say it again, K-pop is a candy coated machine, and if you take the sugar out, you just have harsh noise, autotune, and whatever this MV is. Slay-ARA is dead. You’ve been warned.

Okay so maybe I’m playing too harshly on words here, but lets be honest. “Sugar Free” is not T-ARA’s finest hour, and unfortunately so. The third comeback since T-ARA went all original, towing the original six members and only the original six members, with the dramatic and daring “Number 9,” “Sugar Free” pales drastically in comparison. The club beats used in “Sugar Free” seems like a bloated riff of the beats sprinkled in “Number 9,” but not in a way that makes them more nuanced or entertaining. The choreography is not clean and doesn’t flow well with T-ARA’s current line up–any time you’re making noticeable use of back up dancers in an already crowded MV is already highly suggestive of something off in the choreography. The concept caves in on itself, and perhaps worst of all, you can hardly scrape together the vocals of the song. Essentially what I mean to say is, “Sugar Free” is really rather unfortunate for a group as high standing as T-ARA.

I don’t mean to say that “Sugar Free” is a total bust. There are several parts of the song musically that has a lot of potential–for instance, the first whole minute is very promising. However, musically, it falls apart as a K-pop song. A club banger, maybe–maybe, if it was remixed. But this song is going to stumble down the charts fast because it isn’t entertaining in the way K-pop normally is. The melody is drowned out way to fast and is way too busy to begin with. Halfway through the number, it feels like multiple songs are being mashed together and it becomes unnecessarily difficult to follow anyone progression. I also bring up “Number 9” because it was so much more musically complex and mastered than this song, and it makes “Sugar Free” seem pathetic. 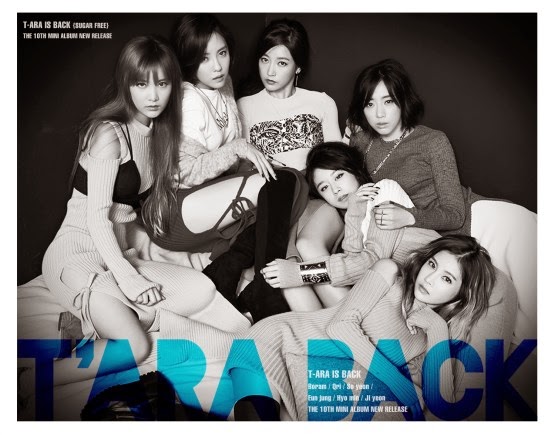 Unfortunately, the train wreck cannot be salvaged by either the concept or choreography. My biggest pet peeve in K-Pop is when A-lister groups rip off each other. In their journey, T-ARA has always been careful to differentiate from the likes of SNSD, After School, Wonder Girls, and others in their relative circuit, and have always been safe from my ever critical and watchful eye. They’ve spent years developing a unique edge in K-Pop, from their complicated, multi-part plot lines and thirty minute music videos to their detailed and more artistic concepts. But “Sugar Free” is some straight “IGAB” does “Run Devil Run” bootleg with 2NE1 styling and an After School polish. Nothing about this tells me, “T-ARA, the brand.” And maybe if this was some nugu I could look the other way, but for a group as old and as accomplished as T-ARA, for a group already well established conceptually, this just doesn’t cut it.

Another serious downside to this MV is the choreography. Again, the first minute is intense and fun, but it gets boring way to fast. Their point move–the finger thing– is also horribly downplayed and unexciting. I’m one to always appreciate subtlety in choreo. If you can do subtle, do it, its hot, its edgy, and it speaks volume about one’s capacity to perform. However, T-ARA is not a performance group–they’re one that is conceptually driven. But their concept flatlines almost instantly, so the spotlight defaults to the choreography, only to show us how it is not nearly intense enough for the song at present. 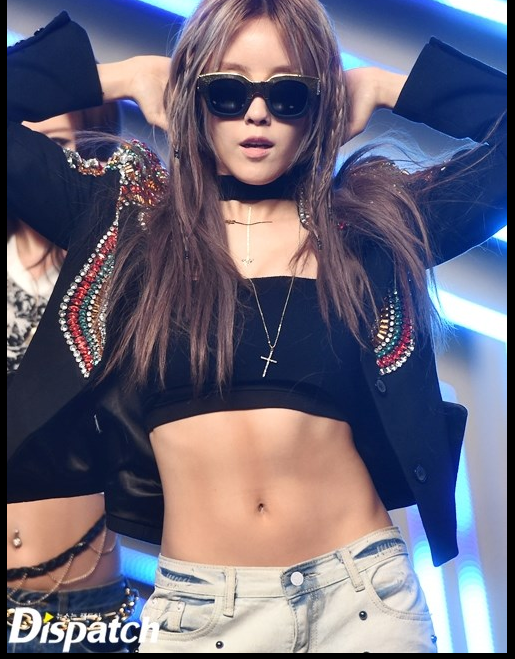 Now it is not that T-ARA aren’t doing their choreo well–if you watch the song on mute, this routine is actually not half bad. But the major downsides are that it doesn’t match the song, and T-ara doesn’t have the numbers for the full scope of the choreography. This only plays up the fact that T-ARA is, again, not a performance group. Finally, this is not the time to come to the stage with bad choreography. With Super Junior‘s “Mamacita” and 2PM‘s “Go Crazy” now also on stage, a lackluster performance of any kind simply won’t make any impressions.

Finally, the vocals in this track (or at least in the MV) are horribly mastered. They are being swallowed up by the song and it doesn’t do T-ARA, a group that can actually sing, any favors. This is perhaps what I hate the most. I feel like I can’t even hear the song, or that the words actually have to fight the song to even make an appearance half the time. It’s very confusing and doesn’t really jibe with what I’m used to, particularly from T-ARA. Also, I’m not even going to bother with the song lyrically. I just. No.

And this is all coming from a T-ARA fan who still listens to Absolute First(this is not an exaggeration). This track is almost too difficult to finish. And I’ve tried like eight times now. I don’t know. I was really hoping T-ARA was going to come back and slay so hard, because I can’t remember a time where I haven’t been rooting for them. I have yet to dive into the album, but if “Sugar Free” is the face of it, I might not even bother.