Too Soon? Swings Creates Uproar in the Aftermath of Tragedy 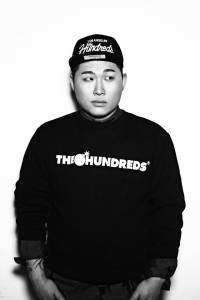 The connection between social media and the world continues to grow stronger every day. News travels fast and people are able to voice their opinions readily and in real-time. People’s bad behavior and ability to stick their feet in their mouths is broadcasted across multiple borders. This is especially true when it comes to tragic moments happening in different places. With this growing connectivity comes the struggle between knowing what/when to say things and the aftermath that will befall.

There is no point in beating the dead horse regarding social media. Everyone knows that what you post will come back and bite you in the butt. Some people aren’t really hearing the message, though.

The walking PR nightmare that is Swings has struck again, and I bet Brand New Music is happy they don’t have to handle it. This time, instead of his words getting him into trouble, it’s him and his friends having a little video fun. In the short clip, Giriboy pretends to shoot Swings and CJAMM in the head while they kneel by a pool. After the pretend shootings, the two fall into the pool as if dead.

Now, my initial reaction to the video upon seeing it on Instagram was that the trio was simply acting out a mob vengeance scene: The ever-prevalent action of a mob or gang executing snitches or other gangsters in retaliation for their wrongdoing by shooting them in the head in the middle of the sea. This is a common plot point in movies and television over the decades.

However, others didn’t take the video as lighthearted fun. As time went by and the video spread, so did the criticism and disgust from the public. Criticism claiming stupidity and insensitivity took over. People stated that Swings and company were out-of-line considering the recent deaths of Ladies’ Code members RiSe and EunB, as well as the Islamic State of Iraq and Syria’s (ISIS) execution of journalists.

Some further claim that such videos should never be made. But that raises an important question: why? Such things are common in film, and profitable ones at that, so where’s the line between propriety and indecency? I see no difference in such scenes made in the context of for-profit entertainment and friends having fun. If there is a difference, it is simply our mind’s way to make one’s self comfortable with watching such scenarios?

Swings (surprising) apology on Facebook reiterates the initial reaction: film depiction. He even offers the extended version of the clip, which features the group reenacting parts of the movie Man From Nowhere. However, his excuse of ignorance to current international events is laughable. Even the most ardent avoiders of news, such as me, know about the deaths caused by ISIS. Perhaps he should pay attention to the world around him just a little bit more.

The connection to the Ladies’ Code tragedy is tenuous, at best. While a sad time, the incidences are so disconnected that it comes off as people finding any reason to criticize and judge. Yes, a time of mourning is appropriate, but the industry is moving forward at full speed. Uninvolved people aren’t going to have an extended hiatus from having fun or conducting business, nor should they. 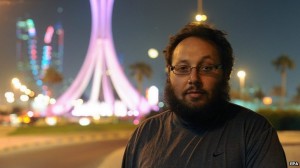 s for ISIS, this connection is more understandable. Two men have been senselessly murdered and their families devastated. Many more innocent people have fallen victim to the terrorist organization. Therefore, mimicking an execution is at the very least insensitive, and at most, disgustingly inhumane.

The recent events in K-pop and beyond naturally have people on edge: trying times make us extra sensitive to things, particularly death. The relevant question is how soon is “too soon?” You can almost guarantee that an upcoming drama will feature a car accident or some death. That’s how it goes. The effect recent happenings make on such depictions is unknown. I would hope, though not likely to happen, those who criticized Swings will also criticize the dramas and avoid hypocrisy.

When and when not to have fun following events is a personal question, naturally. It depends on each person’s own guidelines. It would have been prudent for the Just Music trio to at least wait a moment to upload a video that will rile people up.

So, what do you guys think? Are netizens once again getting up in arms over nothing? Or did the actions of Swings, CJAMM, and Giriboy cross the line? How soon is too soon to depict such things in light of tragedy?