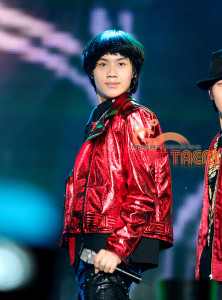 At the rate SM‘s going, they’re going to break the world record for most announcements in a week. The latest news to come out is, fortunately, of the good variety: Shinee maknae Taemin making his solo debut!

Whispers of such an event have been swirling around K-pop for a while, and we now have the official word from SM. But while it’s great to have confirmation, I can’t help but feel that something is missing.

SM has had low-key debuts before (Shinee itself is an example of this), but, as with the new girl group, the lack of a set debut date — August is the tentative target, for now — or even a simple image teaser, is somewhat disappointing. What eye candy am I meant to use for this post, SM?

And it’s disconcerting, as well: contrast this with the announcement of Henry‘s own solo debut, which had two sets of image teasers to get fans excited. It’s clear that SM has been taking the time to plan and prepare these projects, but the corresponding announcements feel rushed, and give more support to the theory that SM is trying to bury its bad publicity by overwhelming us.

As for Taemin himself: this debut was a long time coming. He has immensely improved as a singer since Shinee’s “Replay” days, and this solo debut will be a great platform to further showcase his growth. SM has also clearly been focusing on the idol, and we are seeing the next stage of SM’s investment in him — though likely at the expense of the other Shinee members. That kind of trade-off is the nature of business, but it doesn’t dull the sting many fans feel.

Whether or not we think SM’s practice of putting (most of) their eggs in the one Shinee basket is the wisest or fairest strategy, this is still a big opportunity for Taemin, and I for one can’t wait to see what more — apart from the choreography — he has in store.

What concept do you think Taemin will have? What would you like to see? Let us know in the comments!