This little duet escaped my notice when it first released, until I checked the charts and realized that it has been staying there for a few weeks. Huh Gak and A-Pink‘s Eun-ji are teaming up once again for their A Cube for Season #Sky Blue collaboration project. “Break to Make Up” is a follow-up song from their previous release “Short Hair,” and it features the same cute finger puppet characters as before. 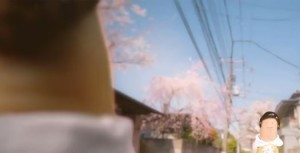 While “Short Hair” was a song about loving everything about the partner, from the hair down to the clothes, “Break Up to Make Up” talks about dealing with fights when the puppy love phase is over. This song takes place when a couple is giving each other a cold shoulder, but internally, they can’t stop thinking about their other half.

The MV is whimsically made, and I love that the characters’ appearances and expressions coincide with the respective voices that sing. Together with the lyrics, it paints a very realistic picture of what happens when a couple fights. Beyond all the angst, what is impossible to hide is the way we are constantly reminded of happier times, how we keep waiting by the phone, hoping for the other party to apologize first.

The use of Huh Gak and Eun-ji’s lines to depict the emotional state of the respective characters work really well in this instance, mainly because both of their voices are so rich in emotion.  The desperation builds through Eun-ji’s verse, and it climaxes during the chorus along with the drums, where both parties explode with frustration with the other.

The contrast between Eun-ji’s sweet voice and Huh Gak’s slightly hoarse vocals allows for a more textured ballad than normal; and it helps that both singers are very stable crooners, even in the higher ranges. It’s really impressive how Eun-ji can belt out the chorus convincingly, and then rein it back lightly, just in time for the peace-making last line.

What is it about this man
I can’t forget, even until I die
So let me tell you again and again
Let’s stop fighting

The use of ‘wae’ as the anchoring word in the chorus is clever. It’s short and sweet, and encapsulates so much in that one word. The chorus is definitely the highlight of the song, with a pleasant melody to go along with it, along with the other rhyming words acting as an instant hook to the listener.

Another thing that drew me into this track, is that the simple guitar instrumental and the rhythmic beat for this ballad also make for a very addictive and easy listen. If not for the lyrics, I would have mistaken this as a melancholy love song, and I imagine myself just swaying while it plays in the background.

Fortunately for the viewers who need happy endings in their MVs, we are provided with a feel-good closure here. Both parties decide to get over themselves, stop wallowing in self-pity, and take the effort to make up with each other. It’s such a lifelike illustration of relationships – fights and breakups are inevitable, but what matters more is how we eventually recover from it and build a stronger bond. It’s all about sacrificing one individual’s pride to make way for an easier reconciliation. 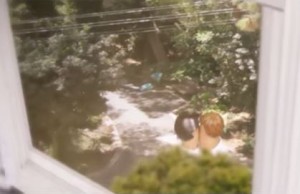 The song itself is so well-composed and written, and when it’s pulled off by two vocal powerhouses, there’s no way this could be a sinking ship. Paired it with an adorable MV, I’m entirely sold on this.

I’m really glad that beyond the Troublemaker sexy concept, Cube also has plans to promote such vocal project groups within their agency. In fact, they seems to be on the right track with regards to inter-group projects, managing to successfully play to the individual artist’s talents. I’m totally on board anything these two will release in the future; and say ‘aye aye’ to more cute finger puppets.