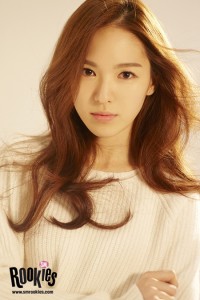 Those aware of K-pop’s general gender-alternating pattern in unleashing aesthetically pleasing idols onto the world would know that, following Exo‘s debut in 2012, the lady trainees of SM Entertainment would be having their chance to become the company’s next money makers. Well, that day has now arrived for four lucky girls, with SM revealing to Newsen its plan to debut a female idol quartet in August.

Just who the lucky four are, though, is yet to be confirmed, as is the group name and trendy supernatural origin story (also called a “concept”).

However, speculation is strong that Seul-gi, arguably the current face of the SM Rookies brand, has made the cut, along with Irene and Wendy. Apart from SM Rookies’ various vido clips, we’ve seen Seul-gi and Irene in the last two Henry MVs, while Wendy participated in Mnet mini-drama Mimi‘s OST with “Because I Love You.”

No concrete guesses on the fourth member yet, save for a rumoured description of a Kim Yoo-jung lookalike. But as long as it’s not the 11 year old, I’m fine.

Readers, what do you think of the upcoming girl group? What are your thoughts on the line-up and group number? Let us know!