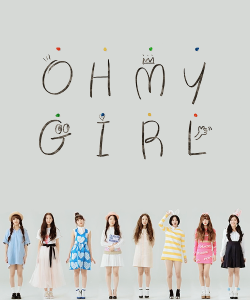 As many of you likely know, the spread of Hallyu is categorized in “waves,” and K-pop group debuts are divided into “generations.” Within this system, the labeling of Hallyu waves is decided upon by companies and researchers, but the labeling of generations of K-pop is more natural, ground-up process. It is up to the community to recognize change in the air, and to take that next step of “officially” deciding on a generational shift.

The first generation began back in the late 90’s to early 2000’s with groups like Seo Taiji and The Boys, S.E.S, and h.o.t. As time has passed, the number of years classified within a generation has gotten shorten due to the increase in the number of groups debuting, and due to the shift in concepts, themes, and trends becoming ever more rapid. This makes one cohort of debuts feel much more different from the last in a way that wasn’t as noticeable in earlier generations of K-pop.

So where do we currently stand in the generational flow of K-pop? In the fourth generation, if popular opinion is to be believed.

The fourth generation is generally agreed up as beginning in 2012 with groups such as BAP, EXO, Nu’est, VIXX, AoA, and EXID. There was a lot of experimentation going on with this generation. Some of it paid off, and some of it didn’t. EXO took the typical SM Entertainment route of extreme popularity, and Nu’est in comparison never really hit their stride. This was the also the advent of the shift towards American style hip-hop as the “norm” for boy group concepts, which began with BAP but has since been carried to the next level by groups like BTS. 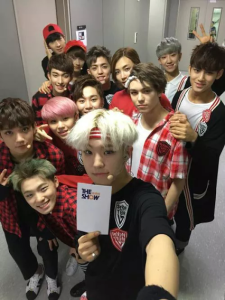 We have seen an influx of new groups that are debuting from the big three, as well as smaller companies, and we are seeing a shift in styles that makes the new groups feel and sound different from the last generation. If we compare the debuts of BAP and BTS to the debuts of Seventeen and iKon you can see a clear shift away from the over-produced hyper-aggressive hip-hop concept towards a more subtle, yet still rap heavy, R&B style. K-pop companies are getting better at distilling the parts of hip-hop they think are effective for idol groups, and leaving out the parts that don’t appeal to the general audience.

We are also seeing a new crop of girl groups that represent their companies. The new girl groups have stopped trying to do something “new,” and have shifted to a retro technique. We are seeing groups like G-friend and Oh My Girl evoke people’s appreciation of the style of earlier generation girl groups like s.e.s. and SNSD — and it’s working. This technique takes an “if it ain’t broke, don’t fix it” mentality, but it seems to be more popular than what we saw in the majority of the fourth gen groups. The fourth generation trend of twerking and over-exaggerated sexiness has fallen out of favor for debuting female idol groups and hip-hop for the ladies is now occupying its own space in the world with shows like Unpretty Rapstar giving it a place to reside safely.

It’s important to notice these changing trends in concept because what’s “popular” is a huge part of K-pop production. The days of dubstep break-downs have passed us by, there are new sounds and styles to be explored. Although some groups will always stick with a particular sound that is distinct to them, just as many will change with the times, no matter what generation they are from. 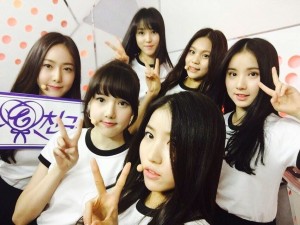 Most importantly, there is a new set of group names on the people’s lips. There is a palpable buzz in the community as a whole surrounding this set of debuts, which doesn’t occur every year.

Considering all of these groups and the general sentiment within the K-pop community, I believe that this year is the natural time to classify these groups as a new generation. The groups that debut in 2015 will be the groups that define the industry in the years to come, and likewise we should recognize their inception. This is not to say that the fourth generation groups will stop being popular, but when a clear shift begins in the industry it is the new trends and the new talent that will shape it. Welcome the class of 2015, the fifth generation, everyone! Let’s watch over their growth in the industry until the time comes for a new generation to begin.