K-pop and Biases: When You Lose One 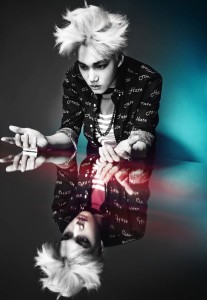 I went through a bad breakup recently. It involved a lot of crying, whining and pleading at the other end but I had made my decision. His questionable past, poor articulation skills, invisibility on variety shows and undivided attention to his owl-eyed friend compelled me to take the final step. I am sorry Kai but things had gone too far. You are just too boring.

And having no new bias take his place, I have officially lost all purpose in life. So here is an attempt at mapping stages of mental degradation while consuming K-pop having lost a bias, and hopefully, at least some of it will strike a chord. (Please don’t tell me I am the only dysfunctional one).

Somewhat, kind of, probably, sort of, fairly, based a bit on a true-ish story

Stage 1: The Celebration of Singlehood

Beyonce’s “Single Ladies” becomes your new anthem and there’s no one stopping you from quoting it at all times. There is this joy of rubbing it in other fans’ faces that you are sexy, free and single, and have no plans of getting hitched any time soon. You are no longer a childish, oppa obsessed fan; you have grown up and are miraculously capable of consuming K-pop for what it is – really amazing music. It doesn’t matter that your fellow fans think it’s a silly phase; you only respond to them with  a condescending chuckle at their delusions and tell them — like a grand old lady of sixty–  that someday they’ll realize what it’s like to grow up. “Been there, done that” becomes your tagline.

Stage 2: Un-learning How to Use Time Unproductively

All of a sudden, you have a lot of free time at hand. Having no fancams to watch, no fan accounts or fanfictions to read, no bias to flail over for hours at a stretch or daydream or talk to your friends about, you realize even your cat has more work to do. Real life beckons you, and having deluded yourself about being a grown up, you meet reality head on i.e. go back to your unread novels, daydream about how you don’t have a fan’s life, talk to yourself on how most fans don’t know how hard life is, develop a distaste for happy people, etc. You don’t feel sad at not having a bias, but somehow you feel as if you have been deprived of one, as if the world is conspiring against your love life. Suddenly, it’s not your fault that you ditched your bias but is in fact the universe’s evil plan at keeping you depressed.

And none of this is self-obsessed at all.

Stage 3: On the Prowl 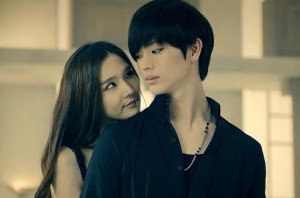 You have already transcended into the “I don’t need a man” phase and your ego just won’t allow a reclamation of your bias because the world is staring at you (or so you would like to believe). But at the same time, you miss all that flailing, the nonsense hyperventilation, watching six second videos of eye contacts, and suffering from second-hand embarrassment as your man-child bias engages in cringe worthy acts. So this is what you end up doing – a casual bias hunt, a K-pop contemporary of “friends with benefits.”

You approach every man in the K-pop industry as if they were a piece of meat and praise them consciously in bodily terms. The idea is to show that you don’t want to get into an emotional and serious relationship because experience has turned you jaded when in reality, you are just desperate to get all feelsy and embarrassing on social networking sites.

Only a stage or two away from a breakdown, things get vicious. By now you are convinced that you can never get into a relationship, never get married, and are only capable of sarcastic smirks because you have seen life. The littlest of things get to you: not knowing who should be your phone wallpaper/twitter display picture/facebook cover picture/images in your head, thinking K-pop was the worst mistake in your life, — actually it’s when you tweeted about letting your bias off the hook for sexism but never mind – or how you think you have become a block of ice. And all these get translated as vicious attacks on your friends. 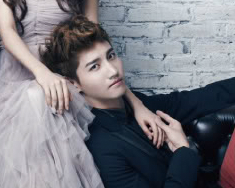 If you happen to see someone flailing about the maknae who you thought could be your bias you feel as if the world as denied you happiness and love. This is what you want to say to that woman:

“You just have to say it out to the entire world that you love him, right? Of course, he is only yours! Don’t think I don’t know that it was a grand plan of yours to change your display image from his to his the exact moment my brain thought of making him my bias! Take everything away from me! The world doesn’t care about me anyway!

Calm down? No? Okay.

And god forbid if anyone, even by mistake, mentions your ex-bias: it’s just all downward spiral from there. It’s not as if you will pounce on them – remember, you said you were over him? Gotta maintain that! – but it’s more like a battle of nostalgia. Every mention of your ex-bias is met with the response, “I remember the time when…”or “He did it back then when…” or “He does that all the time…” with the sole intention being “I know more about him than his mother so back off newbie!”

All the tears that you had suppressed during the breakup spill forth. No amount of plumbing can possibly stop this cathartic process. It’s beyond your understanding as to how anyone can be flowers and sunshine when here you are drowning in the depths of a crisis. 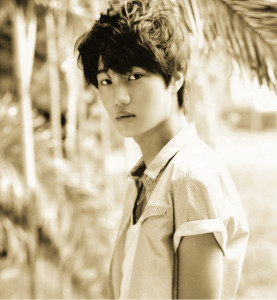 When people fail to provide solace and comfort, you turn towards the metaphorical arms of your ex-beloved. It’s either a sepia-tinted or greyscale reminiscence with background music like this and this. It feels as if you had left him only yesterday – you did leave him yesterday – and now you are back to staring at his pictures. This is your undocumented, Oscar winner, potential movie complete with a heart wrenching parting under a cherry blossom tree.

This is the height of being self-obsessed. You are perfectly incapable of falling (or rising) to any new level of narcissism or delusion, and a tiny part of you knows that whatever shit is happening right now is probably evidence enough to lock you up in an asylum but you are so far gone that you will talk to yourself saying nonsense like “but then again when was I not crazy…”

Such tear. Many sad. So cry.

Nope, all of that before was just the prelude to the breakdown but the much-awaited (or maybe not) breakdown is not something immensely theatrical, in fact, it’s very, very subtle. K-pop fans are hysterical only when they have to exaggerate minor details but when an emotion is inherently hysterical fans tone it down by several notches, surprising themselves and others with an expertise in a talent their airheaded tweets may not have hinted at – monosyllabic sarcasm.

You always have the option of ignoring and moving on but no, the desire is to make sure that everyone feels the brunt of your depressed state of mind so you go ahead and litter sns’ with one-word amateur-ish sarcasm. It’s a compulsive reaction and if you don’t do it, it will gnaw at you for the whole day. This is the breakdown where the bitterness takes over your K-pop experience and you just can’t help being sarcastic about everything including looking down upon fans with biases as if they should be banned from contributing to the gene pool. The fact that you were pretty much the same a few days ago is only a fictional tale. 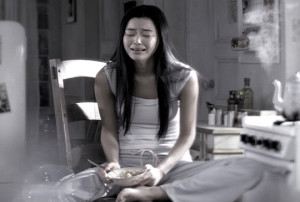 In the infinite gamut of K-pop fans, you have finally found the fan you want to be – the try-hard casual fan. You are now the one who mocks the very concept of biases, looks down upon shippers, thinks K-pop is just shitty copy-paste American music, make it a point to begin every comment with the disclaimer, “I used to be a fangirl so I know” — even on South Korean weather reports — and are a connoisseur of K-indie like Nell, and well, more Nell.

If anyone asks you as to why you still listen to K-pop then you ever so dramatically ask them to fuck off while swallowing your invisible tears and pain. This is why every written piece, video and picture needs a trigger warning: “Warning: Ex-Bias ahead. May cause you to become your regular irrational self.” You are cursed by millions online for your arrogance and your empty top floor but all you see is people judging you unaware of your trauma, and that’s okay because you are a woman of steel, not feel(s). (Look at my rhyming skills, just look. Too good.) Also, you don’t believe in love or at least advertise the same by retweeting every post related to love, loss and betrayal with #RelateToThis #Hard #YOLO

And honestly, I don’t know what happens after this. I am still stuck in stage 6 and would prefer staying there. Somewhere while writing this, I had a major cringe attack because I actually realized how mental the K-pop fandom is (and how grossly heterosexual this article is) and the reason for all the “you” is solely this – I won’t allow you to call yourselves normal. Never.