Beast are Back with "Good Luck" 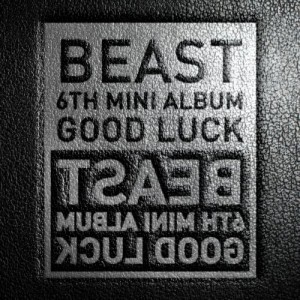 Eleven months after their last group release, Hard to Love, How to Love, Beast are finally back with their latest mini album Good Luck. Since their last album, the members have been busy with individual activities and a Japanese tour. Needless to say, fans of the group have been patiently awaiting their return to the K-pop scene. On Good Luck, the sextet teeters between high energy dance numbers and slower vocal-centric pieces.

“We Up” opens the album with a lively and funky electronic beat. It is a perfect opener, pronouncing Beast’s intention of making you dance. The song is a mixture of cowbells, electronic beats, and drums. The song lyrics are about cheering up a lady by having a blast that night. It definitely sets the tone for the album. Junhyung had a hand in penning the lyrics to this as well as five other tracks.

The title track of the album is where we start to see the duality of Beast. The song opens with an acoustic piano and Yoseob belting out a few lines before “Good Luck”  jumps into a frenzied beat. There is the sadness in the lyrics and soulful singing intermixed with an energetic moxie that makes this track such a complex and compelling listen. The arrangement, composition, and lyrics were all done by both Kim Tae-joo and Junhyung. The composition is actually quite fitting in conjunction with the lyrics.

“No matter who you meet,

You better be as happy as the amount of pain you’ve left me with.”

The boys are sending good wishes to their lover’s future, but it is also a bittersweet pain. Both Yoseob and Dongwoon are standouts as they sound particularly great. Yoseob’s opening lines and Dongwoon’s verses felt very honest and were the moments where sincerity overcomes the busyness of the track.

“Dance With U” keeps the high energy present. The song is deceivingly upbeat, while the lyrics tell a different story. The group sings about how they want one more chance to dance with their loved one. The song is very pop sounding with electronic elements filling the space between the beats. My favorite part was probably after they scaled the beat down for Junhyung’s rap. His rap is especially poignant drawing analogies between the dots on a wall and the suffocating pain he feels from the allure of living within the memory of his relationship.

The mini album abruptly transitions into the downtempo pre-release song “No More.” This ballad is a nice gem as it showcases the strengths of Beast’s vocalists. Hyunseung, Yoseob, Dongwoon, and Kikwang get a chance to shine in this song. Also, Junhyung has a slower paced rap section that stands out for how sensitive and vulnerable he sounds. It is a great pre-release which gives credence to the talents of the group. 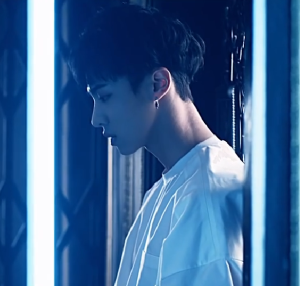 The next song is probably my favorite off the mini album. “History” is an R&B number that belongs on a bedroom beats mixtape. It is demure at the start, but then jumps into a gradually building sensuality. Kikwang and No Day composed this, and they joined Junhyung in penning the song. “History” has it all with nice harmonization and great singing from the members. Also, if the beat of the song wasn’t sexy enough, the lyrics are playfully sensual as they talk about their sexy time:

“History I’m prepared so give your love to me.

Entrust me with your body and share our scents.”

“Tonight, I’ll Be At Your Side” is the only song on the album that Junhyung did not have a hand in writing the lyrics, and it is fairly apparent. The song sounds like belongs on an OST. It is not bad by any means, but it doesn’t seem to fit on the sound spectrum of the album.

The last song is the Korean version of “Sad Movie.” It is a great closer — bringing back the tempo from the first half of the album and joining it with strings and a piano melody. The lyrics follow some of the same theme of the album and are fitting as the members of Beast declare:

“This is where we end. It was very passionate, but eventually we couldn’t avoid a farewell either.”

My favorite part of this song is after Junhyung’s rap when Doojoon is singing. The transition from the mellow rap to the quicker pace of the melody with the pianos and strings is quite nice.

Overall, this album is a very solid piece of work in Beast’s discography. The album’s division between slow and fast paced songs is a bit jarring at times as the transitions are abrupt. Maybe, if there was an interlude to separate the two parts of the mini album, it would have pulled it together more succinctly. Also, “Tonight, I’ll Be By Your Side” seemed a bit out of place — lyrically and composition-wise — in an album held together by Junhyung’s writing. With all that said, the album is still a great listen and the individual tracks are wonderfully put together. Good Luck shows that Beast still has a lot more to give and are here to stay. Recommended tracks: “Good Luck”, “History”, “No More”