The Plight of Nu'est 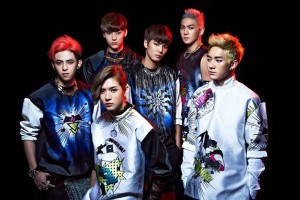 At their inception, Pledis Entertainment’s male group Nu’est was touted as one of the rookies to look out for in 2012, alongside SM Entertainment’s Exo and TS Entertainment’s B.A.P. Out of these three super rookie groups that debuted in 2012, Nu’est seems to be the only one not living up to their hype. During their debut with “Face”, they drew a lot of attention with their dubstep-centric sound, lyrics tackling bullying, and the androgynous nature of Ren’s image. Recently, the group announced its impending Japanese debut; they will be releasing Nu’est Best in Korea on July 30th. This news isn’t surprising per se, but what puzzles me is Nu’est’s place in all of this — the group isn’t fully established in Korea. The group has not had a breakout hit, and a lot of the momentum they built has largely been eroded due to mismanagement from Pledis.

Let’s recap the history of Nu’est briefly to get a better sense of their career trajectory. They debuted with “Face” in March of 2012, and it performed solidly for a rookie group, reaching number 62 on the Gaon singles chart. Their follow up “Action” was released a few months later in July, but it peaked lower, climbing only number 77. To Pledis’s credit, they tried mixing it up with “Hello” – Nu’est’s first comeback in 2013. It was a mid-tempo song that had a seasonal appeal. The change-up worked and “Hello” would go on to be their biggest hit to date charting at 51. Of the songs they have released so far, this would be the peak in their career. “Sleep Talking” was promoted about ten months ago. That single was a return to their electro-pop sound, but it also became their lowest charting title track to date, peaking at 92. Based off chart performance, Nu’est has failed to crack the top 50 with any song and is actually in a decline since their most notable hit.

At the end of 2013, Nu’est announced they were adding a new member for their Chinese promotions. Jason joined the members to  create Nu’est-M, and the group promoted their tracks in China for a bit. They made their rounds of the Chinese variety shows and festivals. It was interesting to see them tackle a different market, but it was puzzling given their lukewarm reception in Korea so far.

Since then, they have been noticeably absent from the music scene, until recently when their company announced their Japanese debut. Sometimes overseas promotions can feel like extended periods of inactivity for a group, but in actuality Nu’est are constantly promoting their music – just not in Korea.

This brings me to the question at hand: shouldn’t Nu’est be working on solidifying their Korean popularity before venturing overseas? Nu’est have only been active in the K-pop scene for 2 years. If you take a look at their popularity in 2012, against their same year contemporaries (of which there were over 30 groups that year), Nu’est’s debut song was one of the highest selling singles for a rookie group. However, their popularity has since been eclipsed by many other groups whose first songs charted much lower. While sales do not necessarily equate to popularity, this declining trend seems to indicate a plateau in their career. They have not been able to stir up new interest in their music. We are now at the halfway point in the year, and the boys still seem to be dormant back at home. 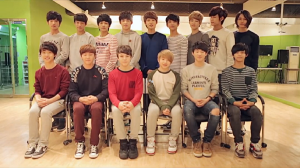 Furthermore, questions of how Pledis is handling all of the acts on their plate have come up. With Seventeen in the pipeline, the company should be utilizing their resources to establish a stronger foothold in the market for Nu’est. Instead, Nu’est appears to be deployed as a pawn, to gauge how best to tackle the Asian market outside of Korea. With more overseas promotions in the line-up, the boys would be absent from the Korean scene for almost a year.

Looking at the Pledis roster, it is a wonder that they continue to add on newer groups. Their star group After School has been trying to reestablish an identity, especially with their graduation system sparking a different group dynamic. Also lacking their own breakout hit, Hello Venus has only found lukewarm success. Son Dambi and Kahi have both released music sporadically in the past year, although their promotions have suffered due to a lack of marketing effort from their company. And even though they have yet to debut, Pledis has their hands full with Seventeen, cultivating a following for the boys with magazines and TV shows while planning on tackling three different markets in Asia with the boys.

The reason why all of this bothers me is: Nu’est had all the potential to become a top tier group based off their debut efforts. Since then, I highly question Pledis’ mismanagement of their activities. Sending a group away for a year may build excitement for a group with a larger, established following, but for a group that has yet to find its legs in the K-pop industry, it sounds more like a death sentence. A lot of this is probably just speculation right now. Nu’est can certainly reestablish themselves with a solid comeback song and interesting MV, but the odds seemed stacked against them. I especially worry that they will be further ignored or relegated to a low key comeback once Seventeen debuts. With Pledis’ resources spread even more thinly amongst their growing roster? Is there any hope that Nu’est will get the comeback that they deserve?