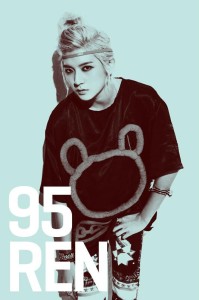 Needless to say, 2012 brought to K-pop plenty of quality debuts. From B.A.P, EXO, Ailee, Lee Hi, BTOB and Vixx, they have risen above expectations this year to further rise among the tiers of idoldom. The latest of Batch 2012 to try and capture the general audiences attention is Nu’est.

Debuting with “Face,” it seemed that Nu’est had the promise to be something. Tackling bullying in their debut song and coupling it with choreography that had interesting elements, the boys from Pledis Entertainment seemed to be faring well in terms of debut material. They continued their momentum with “Action” which was quite a showstopper and a step up from “Face.” With these two releases, they managed to build up a fanbase dedicated enough to not just win last year’s Midyear Poll for Best Debut but also the Year End edition.

Possibly to escape being trapped with the expectation of similar sounding songs, Nu’est came back with the mellow “Hello” earlier this year. And seeing how After School has just ended their promotion cycle, Pledis fans knew a comeback was in the works for Nu’est and so, six months after their last release, Nu’est are back with Sleep Talking.

The mini-album opens with title track, “Sleep Talking.” First off, it is different from Nu’est circa 2012 but at the same time, a return to their sound after the mellow “Hello.” What is really interesting with “Sleep Talking” is the instrumental and how the boys work with it. There is snoring, alarm sounds, yawns and these pings throughout the song coupled with a light, plucky guitar and the light electronica elements. It is an instrumentally strange yet captivating song and it is a shame that Pledis did not release an official instrumental. 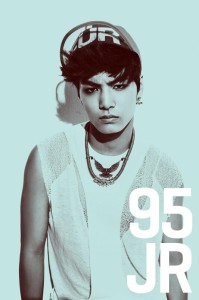 Aside from this beautiful instrumental, there are other things to consider. We get a different rap style from JR and Aron. As much as I love JR (I suspect its something to do with the fact he looks like SHINee’s Jonghyun in several angles), his raps usually disrupt the flow of the song. This time around, it fits that he does a soft, talk-rap instead of the usual rough talk-rap he does.

Overall, the title track is a fun song and befitting the season while not losing the Nu’est sound. And what’s really pleasant with this song is that it invokes a similar feel to that state where you wake up from your sleep and wonder just what is going on — almost like a state of stasis. And this stasis is also found with the lyrics which is equally satisfying.

After “Sleep Talking” is what I personally find as the gem of this album, “Beautiful Ghost.” When one thinks of Nu’est, they usually think of electronic pop because they are after all an ‘Urban Electro Band.’ So this came as a pleasant surprise. It is a strong song that fit with the theme from the previous track without being similar. There was marvelous flow between the segments of the song, the vocals did not seem forced and was pleasant to the ears, especially Ren‘s parts. Not even JR’s rap was out of place and worked well with the plucky guitar and drums. The breakdown following was equally gratifying. That the guitar was also used to give a haunting-like feel made this song even better.

The next track is “Pretty” which features Hello Venus’ leader, Yoo Ara. Yoo Ara does not overpower the boys, which is always a good thing. While it had a smooth instrumental and the flow between segments doesn’t seem to be a problem for this mini-album, there is something lacking. The lyrics are standard fare and while the song does grow after a couple of listens, I do wish there was a bit more flirt in the rap or the lines that Yoo Ara provided. After “Beautiful Ghost,” this was a bit boring.

“Fine Girl” does not sound like a Nu’est song. It sounds nice and is within their range. There is nothing wrong with the lyrics, how can it when it is the usual lyrics we get everywhere else. The main problem is that it is not particularly memorable. 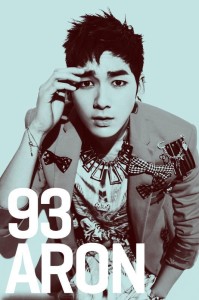 Prior to listening to “Don’t Wear Revealing Clothes,” I was scared. The title brought back memories of Teen Top’s “No More Perfume on You/Don’t Spray Perfume.” Luckily, this is the obligatory ballad and while the lyrics could have crossed the line, it didn’t. Read from the context of the whole song, the lyrics aren’t as bad as they could be. I’m not a guy but I imagine a guy wouldn’t want other guys to be staring at my girlfriend with predatory looks. Aside from the lyrics, it is the standard ballad and the boys work with what they were given. I’m still waiting for them to have another “I’m Sorry” which I personally find as their best ballad thus far.

The mini-album ends with “Loving You More” and from the get go, you can tell they’re ending it with a light note. The instrumental is light and I almost wish this was the instrumental for “Pretty” or this had been the song that Yoo Ara was featured in. While the verses and bridges are excellent, the chorus especially shines. The only weird thing was that random wolf howl in the middle of the song during JR’s talk-rap.

The album as a whole was cohesive and clean with strong instrumentals, not something one would equate to a Pledis artist. I do wish they had put “Fine Girl” as a bridge between “Pretty” and “Beautiful Ghost” to make the flow unbroken. In addition, “Sleep Talking” is the only track produced by someone else and it shows. Overall, while there are a couple of flaws, it was an otherwise good mini-album and I give it a 3.6/5.