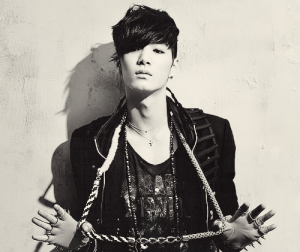 Pledis Entertainment‘s newest boy group Nu’est joined the 2012 rookie groups with their debut song “Face” on March 14th. Their name, contrary to popular opinion, is not pronounced newest but rather it is an acronym for New Established Style and Tempo… thank you Pledis for helping me expand my ever growing list of “WTF K-pop Band Names.”

At first I didn’t think about even looking at this group. Though I adore Kahi I could never get into After School or their music. Of course with B.A.P and Exo to keep my heart occupied I didn’t think I could fit in another rookie group; however any attempt to keep my heart closed was shot to hell when I saw the teaser and encountered the sexy that is JR. This further highlights the fact that I need to stop letting my hormones provide the foundation for stanning a boy band. So without further ado, here is my review of Nu’Est’s “Face.”

The sets and color scheme are all very dark, with black and grey hues and some white thrown in.  The only splash of color is the pink accents to the boys’ outfits and it is fairly eye catching. Their dance set is simplistic but tasteful in the fact that there aren’t too many props that could take away from their choreography. The slow motion shots are employed effectively in order to emphasize the dramatic tone of the music video and song. The shots were fairly clean and nothing to distracting and it was nicely shot. Nothing that blew my mind, but nothing that made me cringe; so 3 out of 5. 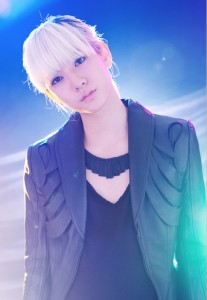 Most of the choreography is standard fare, but Nu’est added some elements which you don’t usually find in choreography. They incorporated the chair into their choreography as it further perpetuated the bad boy student image they have going on. Though using a chair isn’t something new, I liked how instead of dancing on it they kind of danced with it, definitely interesting to watch. I also liked how they not only started the choreo with the chairs but also tied up the end by finishing the song using the chairs.  Nu’est also incorporated fight-themed moves into their choreography which again tied in with the message of the song and the meaning of the music video. I also enjoyed the dubstep break in the middle; it actually fit in with the electronica feel of the song and the choreography flowed well with it. Of course my attachment to the dubstep portion was definitely not influenced by JR’s hip rolls. Nope, not at all. Overall, Nu’est did a fantastic job tying the choreography in with the theme of the song so 5 out of 5.

I really have to commend the boys on their attempt to deviate from the generic pop songs wailing about unrequited-broken-finished-love-that-could-never-be themed songs and grasp for a deeper meaning. Unfortunately, when I read the translations to the music video all I got from the music video was confusion. From what I understand, the song is discussing a person, presumably the character being beat up in the music video, and his need to prove his masculinity at all costs which I presume to be as a result of societal pressure and predetermined requirements of masculinity. The song explores that concept to an extent, almost berating this character for trying too hard and suggesting he shouldn’t be afraid to ask for help. That’s all fine and dandy but the song then goes on to insult this very same character. At the beginning the Nu’est members are seen helping this character, the bullied up but turn around later on in the MV to beat him up also.

Even with the confusion the lyrics gave me, my most favorite part was the English rap at the end. It was grammatically correct and had meaning. Dear South Korean entertainment companies, (SM this includes you) this is how you use English speaking members efficiently. The lyrics not only made sense but were also fairly clever:

“This is a story about a dwarf and giant

But it`s gonna end just like David and Goliath

Keep up with my pace, if you can 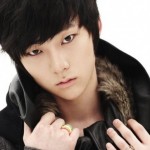 As a Western K-pop fan, I thoroughly enjoyed the references to Wil E. Coyote and the infamous David/Goliath story. It was executed well and I have to give Arron props for that. Overall I would have to give Nu’est a 3.5 out of 5 for intellectual; though they deviated from norm and grasped for something deeper, it got confusing at points and I was not so sure about the exact meaning they were trying to convey.

I think that Nu’est played it safe with their debut. The song itself sounds like your generic electro-pop hit with a catchy hook but was also kind of forgettable. In addition, the group added a fierce bad-boy image to grab the attentions of fans and it worked. If you would like evidence please refer to Nu’est debut stage: the fan chants are overwhelming.