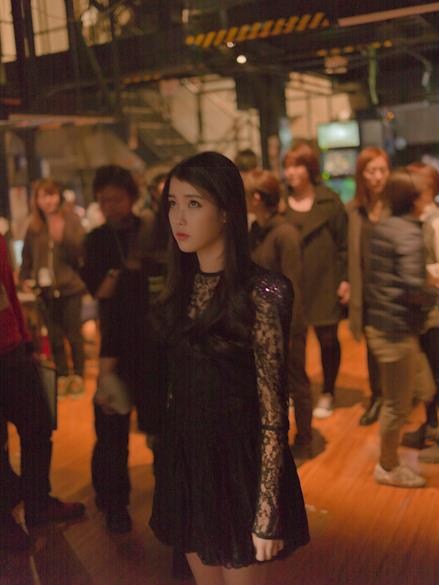 With her two-day showcase this past January at Bunkamura Orchard Hall in Shibuya, Tokyo, recent participation at the semi-annual fashion festival (Tokyo Girl’s Collection) and featuring in a variety of Japanese fashion and beauty magazines from Vogue Girl Japan to Anan, IU seems to have already established a solid presence in Japan even before her debut. Although her first Japanese single is set to release on March 21st, her vocal talents have already been celebrated and confirmed in Japan with her performance of “Good Day” at the Tokyo Girl’s Collection, in which she held a 3 level high note for over 12 seconds despite being sick.

Following Unnie Nicole’s advice to perfect her Japanese and practice her cuteness, she’s impressed her audience when interviewing in Japanese (only asking to answer in Korean or consult with her translator when faced with complex questions and phrases) as well as being found endearing after her mistake during a live airing of SBS Inkigayo.

Seen as fashionable and talented, Korea’s little sister will soon join  the ranks of SNSD and KARA and most likely become a trendsetter herself–if she hasn’t already. Outfits worn during her showcase in Shibuya, Tokyo and in Anan magazine have inspired this SB Lookbook.

Orchard Hall seats 2,150 and is just one of the four venues at Bunkamura. Showcasing the world’s top ballet and classical performances, such as the Tokyo Philaharmonic Orchestra; there is no doubt as to why IU (along with other singers who’ve wanted their songs to be heard clearly) chose this venue. Ten of millions of Yen having been invested on the youngest K-pop singer to perform at Orchard Hall, her performance along with a short documentary and Japanese MV for “Good Day” will be available on the limited edition of her debut album. IU’s look, which is seen in her MV for “Last Fantasy”, is simple and feminine. A black lace dress embellished with small rhinestones at the shoulders worn with a pair of flat ankle boots. To recreate this look, pair a lace dress with an A-line skirt like Meteshow’s ($70) along with a pair of black boots like Doc Martens Felicity ($170). 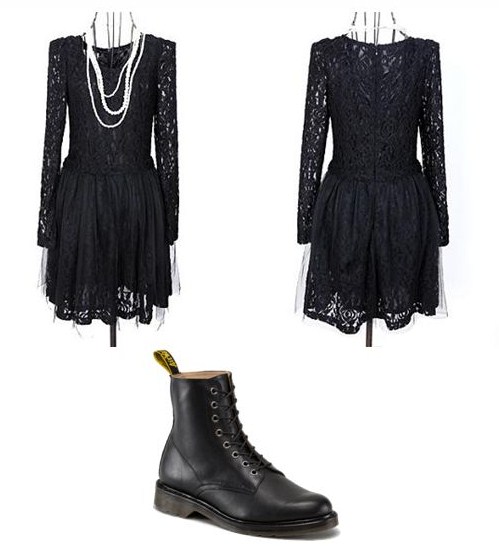 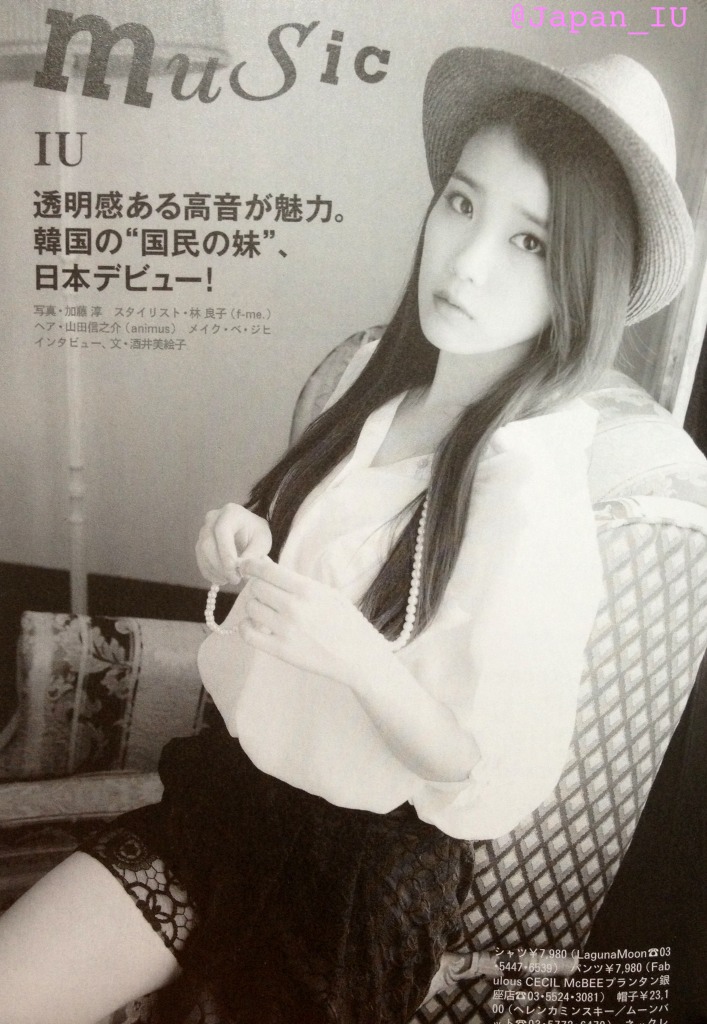 Featured in Japanese fashion and beauty magazines like CanCam and Vogue Girl Japan as well as weekly magazine Shukan Bunshun, IU’s featured interviews, articles and photo shoots not only portrayed her eagerness to debut in Japan and how camera-friendly she is, but also how thankful and touched she is by the support she’s received in Japan thus far.

Also, her image in Japan befits a 20 year-old. Women’s fashion and beauty magazine Anan, has introduced IU as Korea’s little sister like many other magazines but, rather than “cute and innocent,” IU has been photographed in outfits that show a mixture of maturity and youthfulness while still remaining “cute” in the sense of prettiness. Her look in Anan is effortlessly charming with the sophistication of a twenty-something year old.

To recreate this look pair a white or cream colored blouse like Topshop’s chiffon placket shirt ($70) with a black, lace mini like Ringnor’s crocheted layered miniskirt ($45) and a pair of Doc Martens (Felicity; $170) which have been very popular in K-pop. As accessories, a fedora like Forever21’s Basketweave fedora with a bow trimming  ($10.80) and a pearlescent bead necklace like Forever21’s Shine & Shimmer necklace  ($4.80) balances between casual everyday and classic preppy style. 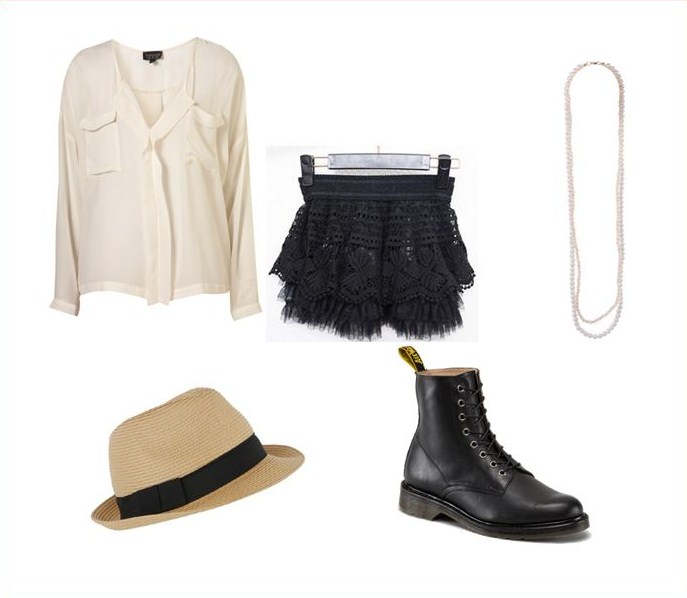 For this year’s transition from Winter to Spring, trends like garments accented by lace and boots with short shafts present this winter as well as trends like straw hats and delicate loose fitting tops seen last spring/summer can be styled together. In this lookbook, which combines both Japanese and Korean fashion, simplicity isn’t underestimated. IU’s charm, talents and natural beauty is the focal point. Displaying your natural and unique attributes via down-to-earth sense of style has influenced this lookbook, and hopefully your wardrobe this spring.