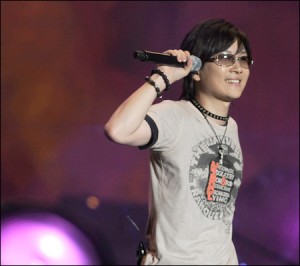 And it’s official. The father of K-pop has decided to make his grand comeback this year. According to the Korea Herald, Seo Taiji announced his illustrious return to the public consciousness and is planning to come back in a major way.

He’ll be releasing his now ninth studio album (as of yet unnamed) this fall, and he’s planning a series of concerts to promote the release, having signed with Show21–a subsidiary of Wellmade Yedang. The entertainment agency revealed concert plans on Monday, and as expected, the nationwide tour will begin in Seoul. Besides performances with the Seo Taiji Band five years ago, the last glimpse we got of Seo Taiji was with his 2009 release Atomos.

Fans of the legend have been waiting a long time for a comeback he’s been hinting at since 2009. And while he’s never really left the music industry or stopped making music, he’s not released anything official on this grand a scale. There’s no doubt the turnout for his return will be both highly anticipated and cause quite a stir when dates are finally solidified. Welcome back, Taiji!