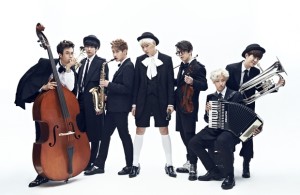 When it comes to K-pop, the west coast of the US gets too much love. Not only do they get more K-pop concerts and festivals but they also have KCON — a large two day convention full of panels and concerts from popular artists.

Thankfully, K-pop groups have started spreading, holding concerts in Chicago, New York, and now, Miami. The day after Block B is set to hold their Miami showcase, the first K-pop convention to be held on the East Coast will occur!

As this is the first East Coast convention, there will not be any idols performing. However, that could change in following years if this event is successful. In lieu of idols, there will be a number of panels, dance contests, karaoke, movie screenings, and more. The night will also end with a dance party hosted by DJ Yigytugd.

For more information about the convention on June 28th, check out the official website!

Will you be going?