Solo Debuts: An Opportunity for T-ara? 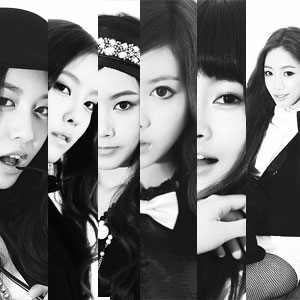 Recently it was announced that the two youngest members of T-ara will be embarking with solo efforts in the upcoming months. Jiyeon and Hyomin are both preparing singles for an early April and May debut. Originally, it was reported that both members might be promoting simultaneously, but recent reports have noted Hyomin’s debut was delayed until early May to give ample time for preparations. Despite that minor setback, these solos could actually be what T-ara needs to shift the focus back to their performances and music.

T-ara are still dealing with negative public favor since their bullying controversy and subsequent horrendous mismanagement from Core Contents Media (CCM). In the latter half of 2013, T-ara lost a member and released 3 singles to varying degrees of success. Their latest single, “Do You Know Me?” only managed to chart at number 19 on GAON, which is fairly low compared to other past T-ara releases that typically reach the top 10.

It comes as no surprise that CCM has tried various tactics to combat T-ara’s waning fanbase. The T-ara N4 subunit was CCM’s attempt at capitalizing on the more widely recognized members of T-ara. Unfortunately, this stunt did not help T-ara regain positive favor with the public as hoped for. Another subgroup QBS created for promotions in Japan hinted at CCM’s strategy for future T-ara releases: focus on different concepts with a different arrangement and number of members. It only seems fitting that the next step for CCM was to break T-ara up into even smaller units and promote them with two of the top hitmakers of the moment.

The positioning of these two debuts so closely to one another seems to be almost staking a competition between the two. Both are decent vocalists with charisma. However, neither singer is as vocally capable as Soyeon, or even Eunjung for that matter. While neither Jiyeon nor Hyomin are the respective vocal powerhouses in the group, they both can perform quite well. CCM is certainly hoping that they can replicate successes from other solo offerings from female groups such as Sistar or Kara. 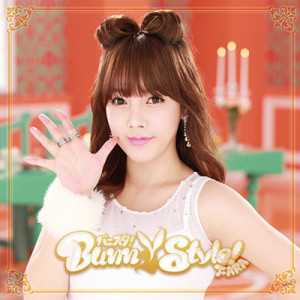 Could CCM possibly debut the other members with solo material? The other members have reason and room to flourish with solo debuts depending on the success of these two. Boram has been performing as the lead in the “The Lost Garden” musical. Qri probably had the least blame placed on her following the bullying scandal. Soyeon has seen more spotlight since her dating scandal broke out, and she is the main vocal in T-ara. Eunjung is all around very solid in vocals, performance, and variety. A solo outing for her would not be so farfetched, either.

Solos or subunits tend to highlight a different flavor of the group.  That’s exactly what the press coming from this release is emphasizing. From the production of music to the choreography and styling, CCM wants us to know that they are intending for these solos to be unique.

Hyomin will be making her solo debut in May with a title track produced by Brave Brothers. Hot off producing some of the biggest hits last year and finding success with AOA’s “Miniskirt” in 2014, Brave Brothers will be presumably doling out another catchy hit for Hyomin. If we look at Hyomin’s solo “Love Suggestion” from their “Bunny Style!” promotions in Japan, it seems likely that her upcoming song will emphasize a sexier dance style.

In contrast, Jiyeon will be promoting with a track produced by Duble Sidekick. Duble Sidekick are hot off producing the highest selling song of 2014 so far — “Something” by Girls’ Day. They have also previously worked with T-ara N4 before with “Countryside Life.” Jiyeon has been the face of T-ara and is often pimped out by CCM with various solo promotions in acting, variety and OST. Her solo during their Japanese promotions entitled “My Sea” was a ballad song. Although Jiyeon is a capable singer, a sensual song ala Girls’ Day “Something” or an R&B track may seem more likely a style for her debut.

These debuts are a huge deal for T-ara. A lot of their future plans probably hinge on the success of these two debuts. CCM seems intent on pulling out all the stops to ensure their success. Emphasizing that both soloists will showcase different styles is smart and can possibly pique the interest of the T-ara adverse listener. It will be exciting to see whether CCM will announce other member solos if Jiyeon and Hyomin are successful, or if they will immediately follow up with a T-ara release in an attempt to take advantage of the added exposure. Which solo debut are you more excited about? Do you think the right members were chosen to debut?