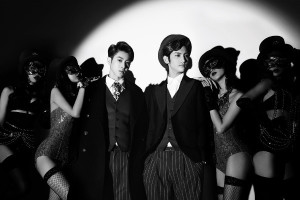 As we all know, the shelf life of an idol is very limited. There’s waning popularity, the decay of physical beauty, and every fangirl’s worst nightmare—enlistment. With K-pop legends DBSK reaching the ten-year milestone, the clock is ticking for when Yunho will have to be whisked away to fulfill his military obligations, leaving Changmin to carry on the Dong Bang name in his leader’s absence and the future of the group yet again up in the air. Their tumultuous relationship with their record company and the many trials, setbacks, and unanswered questions they’ve had to suffer is unlike any other highly popular group in K-pop history. Except one….

Without a doubt, fans will notice how DBSK’s storyline seems oddly similar to that of one of K-pop’s most renowned legends—idol group H.O.T. It was almost written in the stars that Dong Bang Shin Ki would follow in H.O.T’s footsteps. From their meteoric rise to fame and popularity, to their very messy, very public breakup, it’s like SME decided their first model didn’t work out, but they didn’t change anything the second time around to ensure it lasted longer, or at least didn’t break. From the beginning, DBSK was groomed to replace H.O.T as the next legends of the industry. Lest we forget the ominous interview with the then five-member rookie group back in 2003.

Everyone knows the story of H.O.T’s greatness. The brainchild of none other than Lee Soo-man himself, H.O.T enjoyed unprecedented success in the mid-late ’90s, and were poised for even greater success at the turn of the century. It was, essentially, Lee Soo-man’s prototype for the perfect pop vocal group, enlisting the big vocals of Kangta, the dance prowess of Hee-joon, the flow of Woo-hyuk, the good looks of Tony, and the boylike charm of Jae-won. H.O.T was the perfect combination of aesthetic appeal and raw talent. They were responsible for writing and composing much of their own music and contributed tracks to other artists’ albums, including the lead single for the album N.R.G. released after the death of member Kim Hwan-sung. The group enjoyed success after success in their five years of activity, winning MTV awards domestically as well as in the States and even performing on Michael Jackson’s show “Michael Jackson and Friends – The Adventure of Humanity” with label-mates S.E.S. Their music has become a rite of passage for rookie groups since, every group following in their footsteps paying homage to the group as part of their debut activities—mostly with a song that’s become a K-pop staple, “Candy.” 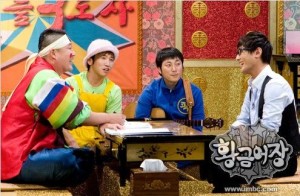 At the height of their popularity and with another successful album release, the members of H.O.T called a press conference and announced their disbandment. As the story goes, the K-pop world sort of went into a bit of pandemonium. Thousands of girls from H.O.T’s fanclub protested outside SM’s building, the fanclub itself was in an uproar and split down the middle as to who was to blame and what should’ve been done. The public was officially given a statement about three members of the group—Tony, Jae-won, and Woo-hyuk—having a disagreement with SM over their contract and deciding to sign with another record company. Meanwhile lead singer Kangta and “dance machine” Hee-joon renewed their contract with SM. Any of this ringing a bell? No details concerning what actually happened between the five members and the record company have ever come to light, leaving a lot of questions unanswered. The closest fans ever got in the way of an explanation for the breakup came from Kangta, who enjoyed success as a solo act after the group officially called it quits in 2001. In an interview he did with MBC’s popular variety show Kneedrop Guru, he stated that the whole mess was just a “small misunderstanding”:

“At the time, Moon Hee-joon and I signed the contract at a later time [than other three members.] I think the parents of the remaining three members thought that there could be things they do not know about. It was really a minor misunderstanding. But we were so young and those misunderstanding made us close our hearts.”

Kang Ta explained that the only reason Moon and he signed the contract with agency SM Entertainment at a later time was because they were the last two members to originally join the group.

About a year after the group split, the members got together and worked out their misunderstandings “in just two words”, the singer added.

After the smoke cleared, success wasn’t exactly easy to acquire. Kangta, arguably the group’s most successful member after the split, has been involved in many successful collaborations, including work with Shinhwa’s Hyesung and balladeer Lee Ji-hoon as group S in 2003, and most notably his work with Taiwanese superstar Vanness Wu. Hee-joon attempted to make a name for himself as a K-rock star and released eight albums, despite constant heckling from fans who weren’t buying the genre switch. He found greater success as a dancer, appearing and winning the premiere season of Korea’s Dancing with the Stars and snagging hosting roles for Immortal Song 2 and Mnet Wide Entertainment News. Things were a bit tougher for Tony, Woo-hyuk, and Jae-won. Tony did a stint as the host for Mcountdown! and started his own record label called TN Entertainment. But his work with his bandmates as group jTl is most notable for just how hard it was for the group to find any real success. Because of their departure from SM, promoting their music and subsequent videos was nigh-on impossible. 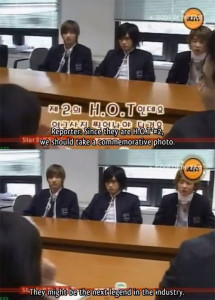 The men of DBSK were set up for the same fate from the very beginning of their careers. From promotions, to concepts, to even the way they eventually drifted apart, it’s almost like a remake of a popular film, word for word, frame by frame. The differences come in what happened to them post-split. While Kangta was H.O.T’s most successful member after they went their separate ways, all the members of the latter former quintet have and continue to find incredible success with their solo projects, musicals, dramas, and group efforts. The remaining members of DBSK continue to churn out music, though with varying levels of critical success. However, Changmin has shown promise in the variety show arena, while Yunho continues to stay true to his dancing roots, performing with longtime friend and label-mate BoA onstage and making a cameo in her film Make Your Move, taking part in SM’s project dance group Spectrum, and trying his hand at dramas, again with varying levels of success. The men of JYJ, just as the lads of jTl, have found it almost impossible to promote their music on variety shows compliments of the continued interference of their former label—a practice the FTC have warned SM about in the past and effectively reprimanded the company for. They’ve found ways around that, however, via successful drama series, musicals, and worldwide promotion.

The level of success for both factions of the now fractured quintet easily outshines that of their predecessors. However, with the impending enlistment of four of those five members, the question becomes what now? The members of JYJ have established themselves in their respective fields. Yoochun may be more readily marketable after enlistment because he’s steadily set up an acting career that has garnered the respect and praise from veterans of the craft as well as producers and directors. Junsu and Jaejoong both have very successful solo careers that show them, at the very least, evolving as artists as they venture out into different genres and musical outlets. But it’s been three years since the group released their last album, making confidence that they’ll continue together musically after they’ve fulfilled their military duties shaky at best. 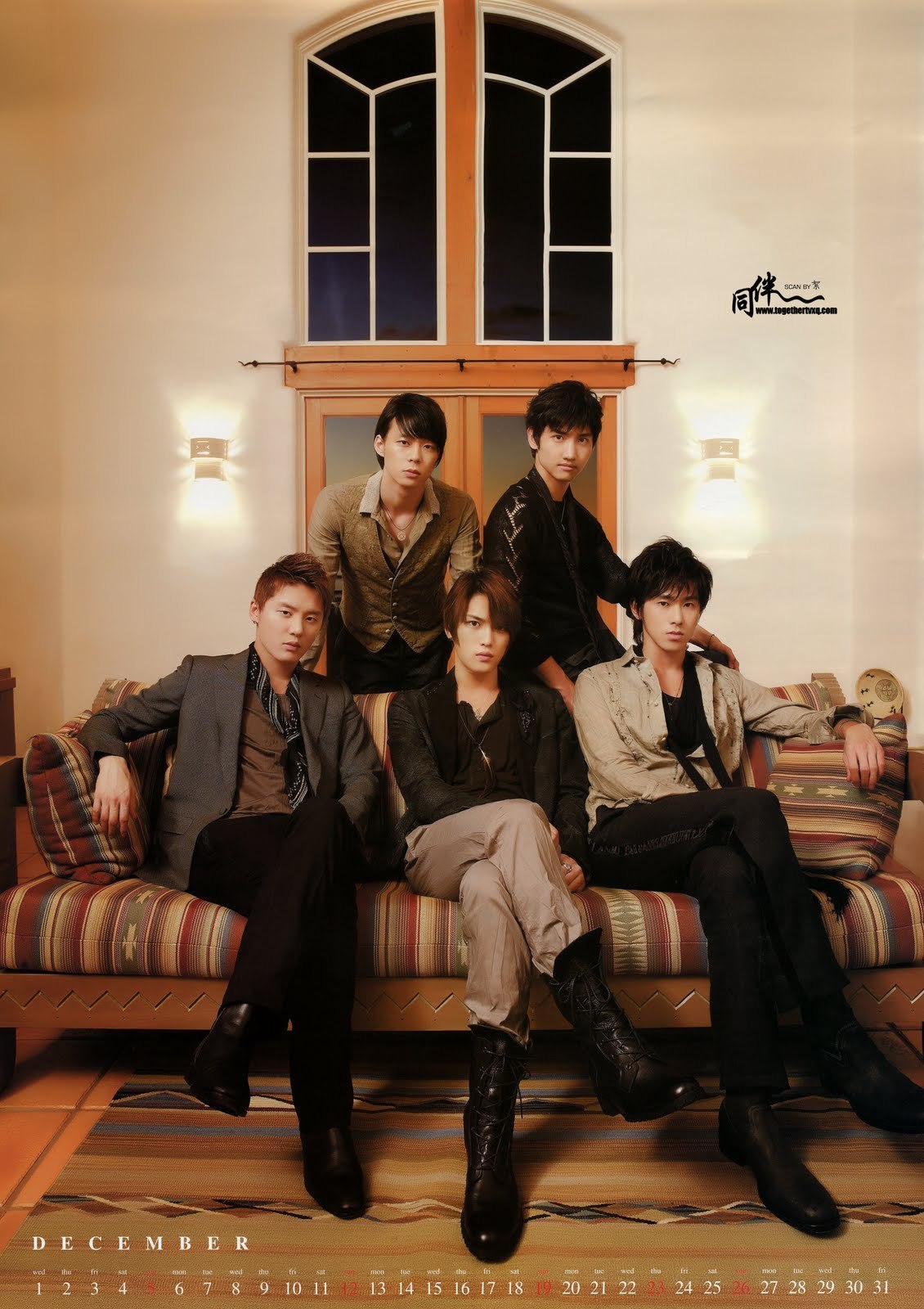 Then there’s the case of DBSK. All three members of JYJ are due to enlist at the same time. However, Yunho is two years older than his junior and is supposedly enlisting first, which leaves at least an extra year out of the spotlight for the group itself. The music industry is fickle, especially for idols, and especially for idols in bigger record companies. While Changmin has found a niche for himself on variety programs, Yunho has yet to settle into a perpetually marketable corner of the industry. SM has taken less care with the group musically, their latest release being the first step away from the complacent dubstep/electropop/dance SM box of the last few albums. As the quality of SM’s second chance at cultural and historical significance has waned over the past three or four albums, and with JYJ’s infrequent public appearances as a group, fans who remember how this went the first time around may have right to start becoming alarmed.

Through rumored reunion plans and an array of controversy surrounding Tony, H.O.T may not have come out as relatively successful or unscathed career-wise as their hoobaes DBSK and JYJ, respectively. But the comparisons are inevitable and frighteningly uncanny. Is this just going to be an eventual repeat of what happened twelve years ago? After they enlist, will we even ever hear from them again? Many may cite Shinhwa’s success; however, the circumstances surrounding Shinhwa’s move from SM and H.O.T’s are significantly different. Shinwha fought to stay together, while H.O.T and now DBSK were seemingly incapable of maintaining bonds that saw them become two of K-pop’s most important groups. As with both splits, fans are left with a lot of unanswered questions and a heavily hanging uncertainty about whether or not the fractured Rising Gods of the East will be able to maintain.