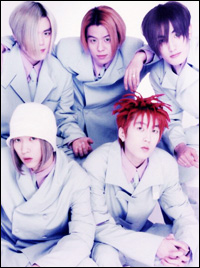 Hello everyone, and welcome back to another SB Spotlight! This week, we take a look at South Korean entertainment veteran Moon Hee-jun.

Seo Tai-ji and the Boys may be considered the pioneer boy band in Korean pop music, but it was Lee Soo-man who popularised this concept among the Korean audience. H.O.T was SM Entertainment‘s inaugural group, debuting in 1996. Though initially a sextet, the departure of Andy Lee (who would later debut with Shinhwa) meant that H.O.T ended up like the five-membered US boy bands who were all the rage at that time. And leading Kangta, Tony An, Woohyuk and Jaewon was none other than Moon Hee-jun himself (that’d be him in the top left of the image shown).

Moon Hee-jun’s greatest strength and pride is his dancing. He had been dancing from a young age and entered dance competitions, his participation in one of which lead to him, along with future bandmate Woohyuk and one Kang Hee-gun (known today as Leessang’s Gary), to be invited to audition for SM. All three were successful, though Gary decided to go to college instead and thus turned down Lee Soo-man’s offer.

Moon debuted as part of H.O.T at the age of 18, and apart from being leader, Moon also choreographed many of H.O.T’s dances and even incorporated his skills into variety appearances during promotions. Variety shows were already made for idols and other celebrities to show off like this, and Moon took full advantage of the opportunities offered to him, mixing humour into his dancing. The most memorable occasion I have come across thus far is when the H.O.T members played a game of multiplication; the first round is normal enough (albeit brief), but as soon as Moon gets involved, it becomes mayhem — and he still manages to get the answers right… well, most of them.

It wasn’t all fun and games, though, for Moon Hee-jun also had to deal with antis. Many different instances, from dating rumours involving Baby V.O.X member Kan Mi-youn (who allegedly received an envelope containing razor blades from irate fans), to Kangta calling his sister pretty in an interview (resulting in Moon’s sister leaving the country to complete her education in Japan), to, finally, the H.O.T split in 2001 (where only Moon and Kangta were offered renewed contracts by SM), had led to Moon having one of the largest number of anti-fans. And that was after he had to deal with sasaeng fans breaking into their dorms. Many of Moon’s relationships, with his family, his members and the public, were strained during his time with H.O.T.

Embarking on his solo career in 2001, Moon Hee-jun turned to rock, an unexpected move from a popstar. But he stuck with the genre and released eight albums, including a two-disc Best Of album in 2004 and another special album in 2008 following his return from military duty. However, the harassment of anti-fans compounded his decreased relevance following H.O.T’s break-up. Attacks calling Moon a fake rocker abounded, frustrating his growth in that genre despite the number of releases he’d had. 2009’s  was the last rock album he released.

Things did start turning up for Moon Hee-jun in 2011, though. He made his theatre debut with the revival of 2007 stage musical Audition, for which he also had the added pressure of learning to play the bass; but Moon ended up shining the most on television.In 2011, MBC aired the first season of Korea’s Dancing With The Stars, with Moon as one of the contestants. It was here that his talent for dance really shone, and his enthusiasm (as well as incorporating bits of popping into the routines) began to turn the tide of public opinion in his favour. It seemed that what music couldn’t do for Moon Hee-jun, dance had, and he eventually went on to win the inaugural series. He and his partner’s Cha Cha to Seo Tai-ji and the Boys’ “In Your Fantasy” was regarded as a watershed moment, featuring a near-perfect fusion of hip hop and ballroom.

TV seemed to like Moon Hee-jun, and following his entertaining appearances on Immortal Song 2 with labelmate Jay Park (Moon had signed with SidusHQ by then) he was offered a MC role. Furthermore, he hosted his own segment on Mnet’s Superstar K4, leading to the channel hiring him as the new host for Mnet Wide Entertainment News.

And now, Moon is making a return to music with his new mini-album Begin and title track “I’m Not OK.” This album is very interesting in that Moon has forgone rock in favour of dubstep. This is yet another change and a risky one at that, considering how well his last change in genre went down. But perhaps the newfound popularity Moon has gained has allayed his fears: in any case, dubstep suits his dance style perfectly; and if I get to see more dancing, I’m not complaining.

It must be said, but as boisterous and melodramatic as Moon can be, his larger than life personality is what makes him such a great fit for television. And while I admit that he’s rubbed me the wrong way the few times I had encountered him (like in the ’90s tribute at the 2012 KBS Gayo Daejun), Moon does make for compelling viewing. I just know that there will be times in the future where I’m going to wish he’d show more restraint; but he does very well with the skills he has and is almost always engaging in some way — and I can’t help but appreciate him for being able to do that. Entertain.