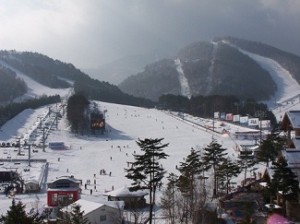 Following the close of the 2014 Winter Olympics in Sochi, the road to the next Winter Games has begun. The short portion of the closing ceremony hinted at the presentation to come in Pyeongchang 2018. Along with any Olympics is a hyper critical media attention to issues deemed controversial of the host city.

Russia had to deal with a major media storm over their anti-gay propaganda law as well as buzz over their incomplete infrastructure during the start of their Games.  Also, a prior roundtable talk following the London Games in 2012 sparked projections for the Korean presentation during the 2018 games. Based off the recent Sochi proceedings, what can we come to expect from a critical media standpoint and also presentation-wise from Korea leading up to the 2018 Games?

The first topic to address is the development of Pyeongchang to accommodate the scale of the Olympics. Following the Sochi Olympics which spent an astronomical $51 billion in expenditures in preparation for their Games, all eyes are poised on how Pyeongchang will handle preparing for the upcoming Games.

The Sochi Olympics is the most expensive Olympics to date. Pyeongchang will likely take a different approach. The staging of the Pyeongchang games is projected to be split between the indoor sports and alpine sports. The indoor sports are expected to be held in neighboring city, Gangneung. The site for the opening and closing ceremonies was reallocated to a temporary Olympic Park located approximately 2 km away and which is to be constructed for the ceremonies. Overall, a budget of $9 billion has been allocated for the Pyeongchang games. 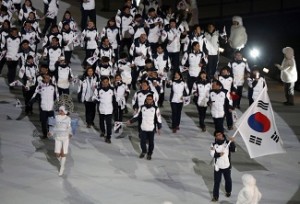 The relations between North Korea and South Korea will be highly scrutinized leading up to the 2018 Olympics. During the Sochi Olympics, security was a major point of contention. Over $2 billion dollars was allocated towards securing the venue and event in Sochi. Some media outlets have already noted the close location of Pyeongchang “near the demilitarized zone that separates the two Koreas.”

Others have chimed in on a careless confusion in differentiating the names Pyeongchang and Pyongyang. Ignorant and surely careless future name confusion aside, more sensitive relational challenges will definitely be brought into the spotlight.

A growing call to bring together more peaceful talks between North and South Korea has been underway since the announcement of Pyeongchang as the host of the 2018 Games. Kim Jin-sun, the committee chief in charge of the Pyeongchang games, has stated further participation of North Korea would be a positive thing for the Games. Although, South Korea rejected a proposal to host some Olympic ski events in North Korea, the general consensus among the 2018 Olympic committee is that there will be joint programs to foster an improved relationship between North and South Korea. 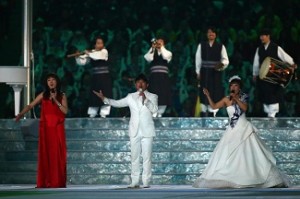 In terms of the opening and closing ceremonies, the presentation during Sochi hinted at a focus on bridging traditional arts with a modern flair. A combination of traditional instruments, famous veteran singers (Youn Sun-nah, Lee Seung-chul, and Jo Su-mi), dancing human doves, and makeshift snowmen during Sochi’s closing ceremony reflect the importance of balancing culture with a contemporary twist.

The closing ceremony hints at a probable focus on not only highlighting unique cultural specificities to Korea but also imbuing them with technology. The emergence of K-pop did not seem to be a factor during the ceremony, but will it be completely written off?

At an event celebrating four years left until Pyeongchang, a couple of other performances called for more possible integration of K-pop into the Pyeongchang presentation 4 years from now. Two different performances of Korean dances at Pyeongchang House in Sochi were shown to attendees. One was more reverent of traditional dance. The other performance by dance group, Flashe, presented covers of K-pop dance routines. As a symbol of the importance of Hallyu during the contemporary moment, it may seem nearly impossible for Korea not to include some form of tribute to this growing presence of K-pop in creating a heighted presence in media. 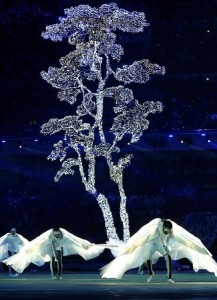 The Sochi Olympics may have just passed, but the media will continue to grow for Pyeongchang. After Rio hosts the Summer Olympics in 2016, expect many issues to come up for Korea on many different fronts: some petitions have already been posted. While certain scrutiny is undoubtedly coming, I suspect the major focus will be on the relations between North and South Korea. Also, the construction towards the Pyeongchang Games will probably be set to finish before the 2018 date but figuring out how to navigate between accommodation and environmental conservation is a different matter. Lastly, the presentation of Korea seems to certainly traditional modernity.

The intersection of a rich culture with the growing presence of Korea in many sectors such as technology will be presented in 2018 with possible relevant K-pop stars. What issues do you think will be brought up leading to the 2018 Games? Will any of your K-pop favorites be a factor in either the closing or opening ceremonies?