“This is so strange.” Squid Game’s Player 1 pushes Player 456 out of his way, intent on continuing his search through the constructed village. Pausing at a tight intersection, Player 1 looks around in disbelief and says, “It should be here. This is the alley.”

Player 1’s search for his childhood home is hopeless, both literally and metaphorically. It is impossible for home to exist in Squid Game, as particularly evident in episode six. Remembering and seeking any semblance of home is uprooted by the crux of the show’s brutality: the emotional weaponization of the relationships the players tentatively form.

The village set in episode six, which inspires childhood memories in many of the players, juxtaposes with the manipulation in the primary game. The subtle concentration on home—and the memories of it—magnifies the horrific physical and emotional violence that is witnessed.

The same thing happens in three recently released K-pop MVs: “Peek-a-Boo” by Red Velvet, “Drunk-Dazed” by Enhypen, and “Can’t You See Me?” by TXT. In these MVs, just like in Squid Game, houses are integral to the larger stories by undercutting the idea that home is a place of safety, especially for the young and vulnerable. Just as how the village in Squid Game is presented, the home settings in “Peek-a-Boo,” “Drunk-Dazed,” and “Can’t You See Me?” intensify the horror in their respective narratives.

The sickening parts of Squid Game (nearly the entire show) and the MVs tend to make lasting impressions on viewers, whether it be gory horror like Squid Game players being shot point-blank or an understated horror like Red Velvet killing their pizza boys. However, the violence, whether in-your-face or more subtle, simultaneously highlights extreme isolation and how horror is constructed through the exploitation of characters’ vulnerabilities.

The Squid Game village set caused some players to remember fond childhood memories, a time when they were not in the pits of desperation. In the same stroke, the home setting makes them more emotionally vulnerable to the game of marbles that manipulates the hesitant trust they had formed in the previous challenge. The players’ relationships are weaponized so that they are the ones metaphorically holding the gun to their selected partners’ heads.

Emotional violence is the source of horror here, in a story that does not hesitate to show its bloody murders up close and personal. Squid Game manipulates the remaining players’ tentative trust in one another, gained from the trauma and victory from the tug-of-war, by forcing them apart. By doing so on a set associated with childhood and safety, Squid Game eradicates any thought that either could exist in its domain—or in its players.

Furthermore, episode six only makes the childhoods Sae-byeok and Ji-yeong were robbed of even more obvious. In their cases, physical and psychological violence exacted against them reinforced that their childhood memories were not filled with nostalgia and innocence but with pain and injustice.

As many know, Sae-byeok is a North Korean defector who was able to escape into South Korea with her younger brother. Ji-yeong, meanwhile, grew up with an abusive minister step-father and murdered him. Despite these histories of being on their own, the two try to imagine a future where they could be friends outside of the game. These precious moments of vulnerability only sharpen the horrific contrast between the constructed village surrounding them and the reality that one of them has to die.

Time and time again, Squid Game highlights that the players are physically cut off from the world and metaphorically from one another. The same thing occurs in the three K-pop MVs—and again like Squid Game—this is best demonstrated through the home settings, both familiar structures and symbols of alienation.

“Can’t You See Me?” manufactures a controlled environment specifically for TXT. The five are already isolated in this place meant for fictitious reasons (i.e. as a movie set), but the artificiality of their pale yellow house and yard surrounded by a white fence only heightens the intensity of their breaking friendship.

Innocent moments of fun, like watching yummy food bake in the oven, take on a dark edge. For example, viewers witness the five members eating cookies through the oven window, flames licking the air hungrily. Not only are TXT and watchers separated four times over (the camera, oven, flames, and oven door), but these oven shots are ample visuals for the friendship that is slowly burning up. Soobin, Yeonjun, Beomgyu, Taehyun, and Huening Kai are sealed off from the rest of humanity and from each other, the only people who know them best.

The houses in “Peek-a-Boo” and “Drunk-Dazed” also serve a double purpose of isolating Red Velvet and Enhypen, respectively. However, unlike in Squid Game and “Can’t You See Me?”, these settings also protect those who reside there—maybe too well.

Both Red Velvet and Enhypen have the potential to interact with others outside of their core group in the “Peek-a-Boo” and “Drunk-Dazed” narratives. Yet, this never seems to happen, even though, for example, Red Velvet’s three-story house is nestled next to another on a residential street. Enhypen, too, host a birthday party at their house, a set that only shows the blue door and a few rooms, which many of their assumed classmates attend.

In these two MVs, the members only interact with each other. They are isolated from the world mainly because of their identities: Red Velvet are witches that kill the pizza boys, while Enhypen are century-old vampires, as suggested by their “Given-Taken” origins.

The tight focus around home as a physical place and its horrors challenges viewers to dig beyond a surface reaction. The gory violence, undercurrents of isolation, and emotional warfare in these pieces of media contrast with the houses where the action occurs. By creating this juxtaposition, Squid Game and the K-pop MVs pull out the strands of how their characters stick together—or how they break apart—in their efforts to find a place of safety and comfort like one expects a home to be.

Despite the entertaining dark humor that dominates “Peek-a-Boo,” the eyebrow-raising plotline serves another deeper purpose. Red Velvet are “perfectly imperfect” female characters who ultimately possess a strong sense of belonging among each other. Horror, while light, is a way to create nuanced characters in a limited amount of time, as well as muse over the isolation of those on the outskirts.

The house in “Peek-a-Boo” is Red Velvet’s playground. They are seen running through the gallery of their past successes, breezing by the brightly colored polo shirts that are cheekily encased in tall glass containers. Other times, Red Velvet hold casual shooting practices, like when Wendy aims an arrow at Seulgi. Meanwhile, Yeri casually throws a small axe on the latter’s other side. Yet, Seulgi barely flinches from her spot on the fancy but beaten couch as the weapons whoosh by.

This scene and the unspoken disagreement about the fate of the new pizza boy (Yeri supposedly helps him escape) indicates a relatable sibling-like tension between the five. Save the dangerous weaponry and the penchant for gleefully chasing and murdering pizza boys, of course.

The humor and horror flesh out the more sobering aspects of the “Peek-a-Boo” MV, most notably Red Velvet’s separation from the rest of the world, and the family and home they have built in this isolation. Setting the MV in a house suggests that Red Velvet—although witches and also creepy killers who are estranged from society—can have a home and a place to belong to, too.

As the follow-up MV to Enhypen’s debut with “Given-Taken,” fans know that the group are vampires in “Drunk-Dazed.” The seven, as a result, cannot take part in the human relationships developed by their peers and the types of interactions that are usually expected. In a way, viewers are also removed from any closeness to Enhypen because of the bloody and unsettling images that frequent the MV.

By including this evidence of violence, “Drunk-Dazed” only emphasizes that horror is a natural part of Enhypen’s life. At the end of the MV, Sunghoon does not seem surprised—or horrified—when blood starts dripping from the light fixtures above him in the empty living room. In fact, he dances in time with the carnival music, an unreadable expression on his face.

Choosing this specific location, also known as the family room, for the most gruesome scene and the root of Enhypen’s societal difference bolsters how horror and home intersect in “Drunk-Dazed.” In this particular scene, Sunghoon is alone because of his connection to blood as a vampire, and blood flows freely because he is alone.

Enhypen are pushed to their own place, similar to Red Velvet’s narrative. The seven are forced to make a home for themselves with people who have been there since the beginning and who share a unique (supernatural) struggle. In this new home, a nondescript suburban house, their everyday lives and its horrors do not need to be hidden.

“Can’t You See Me?” brings the horror a little closer to home—or at least, in a more relatable, non-supernatural way. This pressure cooker of an MV captures TXT’s slowly unraveling friendship, once a powerful bond. It is the horrific process of realizing that you no longer feel comfortable around your best friends. Soobin and Taehyun hint at this when the other three play in the living room, such as jumping on the couch and having pillow fights, while they sit around disengaged or sometimes clearly annoyed.

The horror in “Can’t You See Me?” is naturally less gruesome than the other MVs and Squid Game, but it is no less suggestive. Their friendship reaches its official breaking point when the members are covered in a mess of strawberries, tomatoes, and ketchup—the remnants of their attempts at eating together. Yeonjun stands on the wooden table in the dining room, his hand full of the tomato he just crushed, its juices all over.

At this point in the MV, TXT had already covered the house in blood (the red food), with violent splatters reaching the ceiling. However, it is when the camera pans upward from Yeonjun’s messy hands to the other four, who stand still despite the fires raging behind them, that it sinks in that TXT were ready to hurt one another. “Can’t You See Me?” is a painful exploration of the loss of childhood comfort and the trauma that ending friendships can induce, all in the setting of a familiar home and a supposedly cheerful gathering.

Squid Game, “Peek-a-Boo,” “Drunk-Dazed,” and “Can’t You See Me?” could not be any more different from each other. Yet, these four pieces of media do investigate the connection between horror and home—ideas that are more intertwined the further you peer past the initial shocks. In particular, episode six of the Netflix show and the K-pop MVs are set in houses. However, these structures are missing the firm safety and protection usually expected in a home. Instead, violence and profound loneliness course through each, creating, in turn, a special kind of horror built on fractured homes. 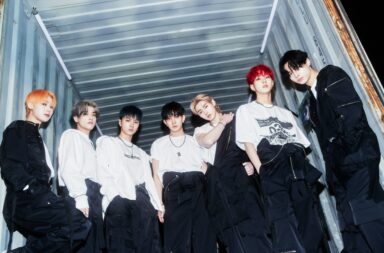