In case you missed it, the 2014 Winter Olympics have come and gone, reigniting a lot of Cold War sentiments and highlighting some of the world’s greatest athletes in both popular and admittedly niche sports. 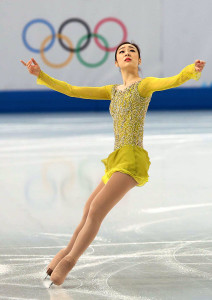 Figure skating provided us with two weeks worth of great stories: 15-year old Yulia Lipnitskaya’s explosive performances during the team events, veteran Mao Asada’s final free skate during the ladies’ competition, Evgeni Plushenko’s shocking withdrawal from the men’s competition, and lots of dazzling ice dancing. Yet none of these stories could compare to the final showdown of the ladies’ competition, in which Adelina Sotnikova — deemed the “other” Russian girl, by spectators that expected Lipnitskaya to win big — and figure skating darling Kim Yu-na were chasing points to clinch Olympic gold.

Spoiler alert: Sotnikova wins. The internet implodes. Articles have picked apart every jump and step sequence executed by both women, trying to decide if the judges really got the scoring right. Petitions have been drafted and millions of signatures have been racked up; many of these have come from angry South Korean fans who’ve affirmed Sotnikova’s win as “home-cooking” by the host country Russia.

The fallout from the Games only confirms what much of Western media has branded Kim Yu-na to be: “The girl carrying the weight of a nation on her shoulders.” While grossly oversimplified, the statement isn’t far from the truth. Yu-na is a national treasure. 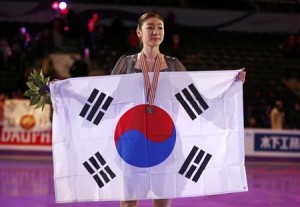 She is one of the biggest celebrities in South Korea. Her abundance of CFs, variety show appearances, and print ad features could be piled up to prove it. And for many foreign reporters in 2010, it was hard for them to wrap their heads around the 19-year old winning major competitions. Kim was already deemed “Queen” before she even had an Olympic medal.

However, conflating Kim with a one-dimensional view of national pride does nothing to explain why she is so important to her country and to the history of the Olympics. Compared to the Summer Olympic Games, the Winter Games field fewer participants, host fewer events, and typically cost less money to host. The Winter Olympics also tend to jump start more conversations about how the wealth of nations impacts the amount of medals won. 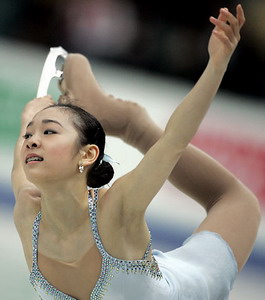 This positive correlation obviously crosses over to the Summer Games as well, but interesting infographics like this one from the Washington Post show a stronger relationship between a country’s wealth and its total medal count at the Winter Olympics compared to the Summer Olympics.

The disparity could of course be explained in great part by the differences in climate across the globe: some countries just aren’t cold enough to attract enough people to play winter sports. Come on, there’s a reason the Jamaican bobsled team is so popular. Have you ever seen Cool Runnings?

It’s the same reason why Kim Yu-na’s story is so special to Koreans. In her early years of training, it wasn’t easy to be a figure skater in Korea, much less one on the fast-track for international competitions — and it wasn’t because of the weather. She told CNN in an interview:

“During my early skating years, there were not many ice rinks in Korea and even the few rinks that existed, most of them were public… as there were no rinks for competitive figure skaters, I found it most difficult to carry on a normal day life as I had to train very early in the morning and late at night.”

Countries that don’t have a precedent of gold medals for a given sport often don’t have substantial interest and funding to boost participation in the sport. There are way more countries with low or zeroed-out medal counts at the Winter Games compared to the Summer Games, and the climate argument doesn’t hold up for a decent portion of them. 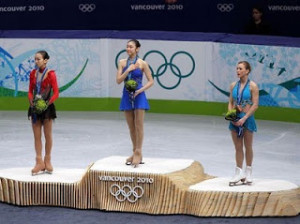 For figure skating alone, the cost of outfits, skating gear, private rink time, and coaches can add up to a hefty bill. And on top of the cost of just getting in the rink, if you happen to be on the wrong side of the globe to receive five-star training or even have a rink to freely practice in, you have no choice but to go abroad. Just ask figure skater Michael Martinez, the only athlete representing the Philippines at the 2014 Winter Olympics, who had only received two full months of training in Los Angeles prior to his Olympic debut.

The three medal-winning ice dancing teams have a similar story. Despite representing different countries, all three pairs had at least one partner whose training history could be traced back to the same exact town in Michigan, all having received coaching from the same woman.

Kim Yu-na’s dedication to the sport took her to Canada, for training, and to proudly represent her country. This in itself is an achievement, but to excel on the global stage is branded honorable beyond measure back at home. Succeeding at figure skating and gaining national attention has served to raise her profile and that of the status of her chosen sport within her home country. Since representation in sport and media is viewed importantly, it’s perceived as raising the profile of her country as well. Because of this, she’s more than an athlete: she’s Korea’s global ambassador. 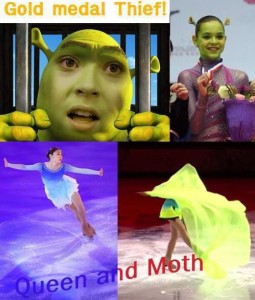 The antagonistic responses of some angry fans certainly showcase the dark side of the country’s loyalty to Yu-na, which foreign headlines have milked for all its worth in boatloads of writings and reports. However, it’s still only one shade of the bigger picture. The angry insults of the few and the mass petition signatures of the many are connected to the same sentiments of national pride in one athlete. This contextualizes many of the headlines from South Korean newspapers after the conclusion of the ladies’ competition, the headers that accused Russia of “bullying” a smaller nation. It also explains, but certainly does not justify, the disparaging comments about 17-year old Adelina Sotnikova that Korean netizens have pumped through blogs and Sotnikova’s social networking accounts.

There’s definitely a status quo whenever the Olympics are involved, and athletes like Yu-na help break the stereotypes of which countries are “good” at which sports and who should or should not win medals. Some people call this type of athlete the underdog, a title that doesn’t quite fit when one considers Yu-na’s dominance in ladies’ figure skating, but fits quite well when one considers the history of the sport in her country.

The cultural component of a narrative like Kim Yu-na’s helps explain the nationalism that comes with it. It is the Olympics, after all. There are very few other global events that conjure up such intense pride in one’s own country. To the public, Kim Yu-na rising to international prominence is equated with South Korea’s own rise on the global stage.

Setting aside the alleged controversy of the figure skating finish, everyone can agree Kim Yu-na’s legend will be treasured by figure skating fans for years to come. But for Korea, she also holds a far more elevated distinction than merely a decorated athlete.

Kim Yu-na is embedded in the history of the nation, a sentiment President Park Geun-hye summed up in a note to her after the Sochi Games ended: “Your beautiful performance at the Games will be remembered forever – not only in the mind of Koreans but the whole world.” 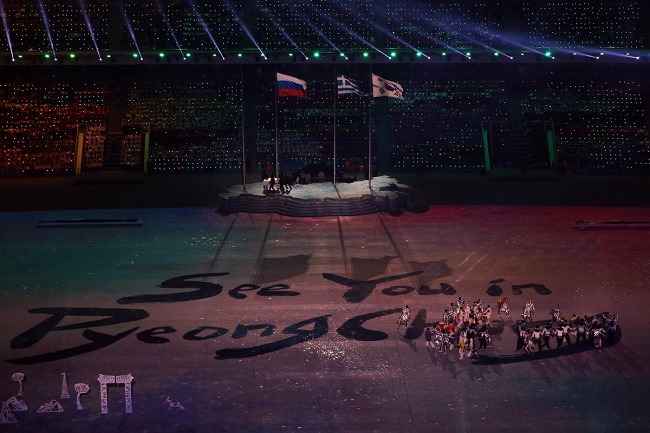 All that Glitters isn’t Gold 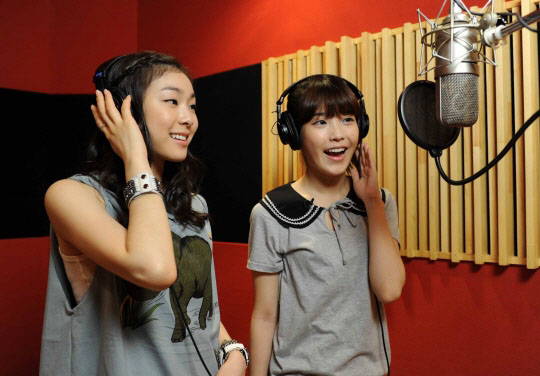