Is Secret a Bit Concept-Confused?

For girl groups, concepts can often be sorted into two generic categories: cute or sexy. Either the members are coming into their womanhood by embracing a sexier image or they’re experimenting with a lighter, softer image by highlighting their youth and girlhood. The female acts of K-pop have had concepts all along the cute-sexy spectrum, and some have even alternated between crazy-cute concepts and sexy concepts with ease. 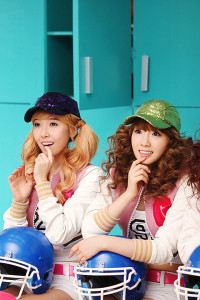 Currently, Girl’s Day is the archetype for cute progressing into sexy. The concepts for “Expectation,” “Female President,” and “Something” served as a campaign to present the members as women that have come-of-age and have thus outgrown the cute, cheeky concepts of songs like “Twinkle, Twinkle,” “Hug Me Once,” and “Oh My God.” After such an aggressive presentation of sexuality, it would be difficult to see the members regress back to the cute concepts of old.

Yet, Girls’ Generation doesn’t have this problem. They can be sexy at one moment and cute at another and most fans won’t blink or accuse the members of acting out of character. The group’s image depends upon this hybrid brand of “cute and sexy” to be marketable to the masses, which is why the group can perform “Oh!” and “Kissing You” along with “Run Devil Run” and “The Boys” without much trouble. Even “I Got a Boy” employed a mash-up of sexy and cute in both image and choreography, another example of Girls’ Generation’s dual identity as both women and girls.

Not all groups manage to make such elegant transitions between the two, however. The conflicting portrayals of femininity for girls in K-pop are best shown by Secret. The four-member group’s appeal is rooted in their ability to recall all types of retro in their music and fashion.

What has been less successful are Secret’s transitions between sexy and cute. The group is the opposite of Girl’s Day in that they counteract their sexier concepts with aggressively cute ones, and it makes for an awkwardly inconsistent image, especially since all four members have more than aged out of the cutesiness.

In Secret’s early years after debut in 2009, the concepts wavered around the same level of moderate sexiness. The group had fabulously catchy songs in “Madonna” and “Magic,” with easily-imitated dances that were both sultry and sassy. Secret contrasted that with the follow-up “Shy Boy,” which was a huge leap into the cute realm.

Since “Shy Boy” was so successful as a song, TS Entertainment must have seen that they had a great formula: make Secret do sexy concepts and then sandwich in cute ones in between.

This formula would be irreparably broken with the release of “Poison,” which in the context of Secret’s entire career was perhaps just too sexy. After the choreography of “Poison” it just seemed too impossible for Secret to return to the extremely cute images since this comeback was so focused on presenting them as women with a sultry image.

The only problem is that Secret did in fact go back to cute: the juxtaposition of a song like “Poison” with songs like “Yoohoo” and latest comeback “I Do I Do” fail to make sense logically. With Secret, the devolution to girlhood occurred when it was inappropriate, since the cute and sexy identities are at odds with each other.

Cute concepts for girl groups often require too much acting to appear anything but contrived. After a few weeks, I couldn’t watch anymore performances of “Yoohoo” because the girls began looking too awkward and unnatural onstage. I could feel them acting and the concept became too unbelievable to be indulged.

The main issue is that Secret’s abilities extend far beyond what the cute concepts allow them to do. The cute songs tend to be one-dimensional with the girls singing in high-pitches and doing low-difficulty dances. Their sexier songs have more full-bodied vocals and challenging dance moves, although in the case of “Poison” the choreography may have been too exploitative at parts.

This also plays into why TS Entertainment’s marketing strategy with Secret is actually starting to lose steam success-wise. The group’s peak in popularity converged around 2010 and 2011, when “Madonna” and “Shy Boy” were released. “Shy Boy” had thoughtfulness to the cute concept, likely since it was the group’s first foray into that territory.

Unfortunately, the latest cute comeback “I Do I Do” just appears bland and formulaic, and its failure to garner much interest is confirmation that Secret may be somewhat stuck within the cute-sexy spectrum. And since their cute songs lack character and fail to highlight any vocal or dancing talents that girls may have, Secret may be one of the girl groups that has to choose between sexy and cute and stick to it. 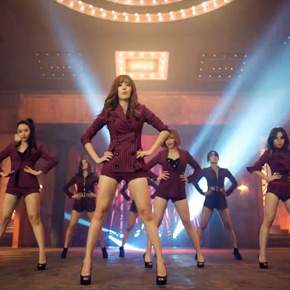 When both cute and sexy concepts are extreme, they can’t exist simultaneously within one group. Secret’s “Poison” comeback threw them so far sexy that the cutesiness of their subsequent songs just doesn’t work anymore.

And there certainly isn’t anything wrong with that. Limiting a group to one end of the spectrum can be successful: Girl’s Day is doing it; After School is doing it; Sistar (more or less) is doing it.

In fact, Secret may actually have a better chance of recapturing attention by throwing a curveball and moving back towards sexy songs, especially since they’ve been cute for about a year now. It also helps that the members function within sexier concepts far more naturally when they are performing.

I happen to think Secret’s retro-sassy style is somewhat unique for girl groups, but their cute songs often tarnish what makes them special as performers and as a group.

For Secret to be cute is for Secret to be stagnant, and it’s critical that the group display growth to appear credible. This is not a call for them to be controversially provocative as they once were, but it is definitely a suggestion that maybe the cutesy thing isn’t working too well and the group should move back to more mature concepts in which they can showcase themselves.