Topp Dogg Debuts With "Say It" 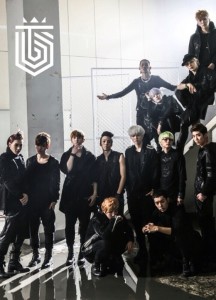 First, let’s talk about the members. 13 is a lot. Much more than I could take in all at once. Cho PD, the creator of the group, wishes for Topp Dogg to be the hip-hop Super Junior.

I can understand his idea but that’s a hard name to live up to. Furthermore, it puts high expectations on the group and I bet at least one member will drop out within a year.

I don’t say this to be negative but instead, realistic. Even for K-pop, 13 members is a lot and some are going to end up neglected. What will make or break Topp Dogg will be how their members are marketed. Some members have talent and get the chance to show that in the MV. Others are relegated to the background and the only way to find out who they are is to search the internet.

That’s one of my problems (among many) with “Say It.” The MV does not help introduce the members which is vital for such a big group. I understand that the MV tries to focus on the singers and rappers but by doing this, everyone else seems unnecessary.

Another criticism I have about the MV is that it is boring. Wow abandoned warehouse, fire, I’m so impressed … not. At least give the viewer a cool dance if you’re not going to do much else. Plus the camera was also too shaky in some parts, making it even harder to distinguish some of the members.

At least had Topp Dogg’s wardrobe been spiced up, it would have given color to the drab palette of the MV. Instead, the members either wore all black or denim which made them nondescript rather than distinct.

The song itself was nothing special either. Upon my first listen, I didn’t like the song very much. However, after many listens, it has grown on me. It’s repetitive but catchy and sticks in your head. 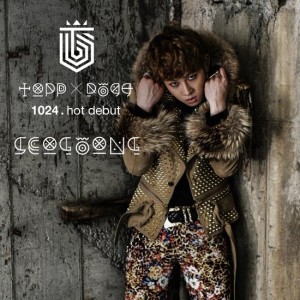 Nonetheless, the song could have been better. “Say It” felt a bit all over the place, incorporating too many styles of music. It wouldn’t have been a problem if it was done seamlessly but some of the transitions felt forced. The dubstep break, too, felt out of place.

I also didn’t like the autotune. “Say It” is a debut MV and should fully showcase the members’ talents. Using autotune this early in the game is very lazy especially since some of the members can sing.

In particular, I really liked Seo-goong’s voice (1:14) and wish he had been given more lines. Gohn’s voice too is decent but his part was so short and autotuned that I couldn’t be sure.

The standouts of “Say It” however, are not the vocalists but the rappers. Kidoh (0:49) kills it. He dominates his scenes in a way the other members don’t even come close to. The closest to Kidoh’s domination is probably Yano (2:05). However, to me, Yano gives off a Zico vibe instead of having his own distinct flavor.

The lyrics surprised me and were better than expected. “Say It” is about wanting to be acknowledged as legit and the Topp Dogg constantly sing about differentiating themselves from current K-pop idols. Although it’s hypocritical since Topp Dogg are aiming to be the “hip-hop Super Junior,” I still enjoy lines such as

Half of the current K-Pop world is an error 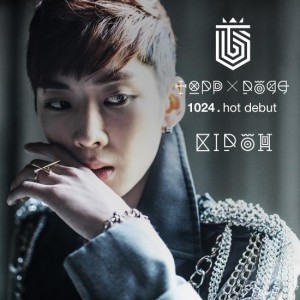 I think I’ve brainwashed myself into not hating the song. I’ve listened to it so many times that I’ve just accepted it and even come around to somewhat liking it.

Unfortunately, I can’t say the same for the MV. There’s no plot or interesting setting which wouldn’t be such a bad thing except we don’t even get fully introduced to the members. Had the MV introduced us to the different members better, the blandness wouldn’t have mattered.

Still, some of the members managed to stand out. Kidoh in particular made an impression on me and it led me to check out his (great) solo song “Girl Like You.” Although I initially was wary of Topp Dogg, I definitely think some of them are talented and I will be keeping an eye out for them in the future. Hopefully their music videos will improve too.

What did you think of Topp Dogg? Which members stood out to you?