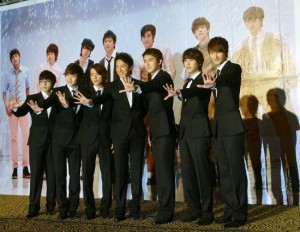 What does a South Korean entertainment company, a South Korean company dealing in just about everything from electronics to fashion, and China’s biggest online video-sharing website have in common? YG Entertainment, Samsung and Youku Tudou are coming together to set up a YG Family Channel on Youku Tudou. When announced, this news barely made a splash. And why would it? We’re so used to online video channels, mostly in the form of YouTube, why be surprised at K-pop websites setting up yet another video channel?

Furthermore, K-pop idols already have seemed to made strides into the Taiwanese market, and some into the China market. Notable groups include Super Junior-M, Miss A, EXO-M, and even f(x), who was invited to Hunan TV’s Spring Festival as a headlining act.

But K-pop is actually not a big thing in China’s market now (with the exception of Super Junior-M), though it is gaining presence in Taiwan. There is a distinction between Taiwan’s music market and China’s music market. Taiwan’s music market is much smaller than China’s, which is the 20th largest one in the world. K-pop has made inroads into Taiwan’s music market, accounting for 5% of sales in Taiwan, but has barely made a dent in China, which because of the huge population size, offers immense opportunities for development. While K-pop has made relatively decent sales in Taiwan, but in China, other than on the music video charts, it still has a long way to go in terms of actual sales. Super Junior-M did pick up numerous awards in places such as the prestigious Golden Melody Awards for “Super Girl,” but arguably, they are the exception rather than the norm. Their success came because SM Entertainment did invest a significant amount of time and made significant promotions for them in places like variety and drama.

For companies seeking to break into the Chinese market, the Chinese internet market is crucial. By the end of 2012, there were 575 million internet users in China, and more than 77% of them listened to music online. A report issued by China’s Ministry of Culture  on the online music market stated that the market size increased by a stunning 27.2%, an incredible feat given that music markets in other countries have been shrinking. 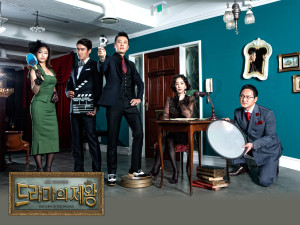 But this online market is dominated by largely Chinese companies, thanks to China’s Great Internet Firewall. The use of the internet by Chinese users is largely restricted, both by censorship and by personal choice, to Chinese websites. Personal VPNs are available to cross it, but largely, the average internet user, or netizen as they call it, does not bother to do so.

That being said, the internet ecosystem largely resembles the internet ecosystem most of us know. Some of the biggest Chinese websites, such as RenRen, Weibo, and Alibaba.com, are hugely similar to Facebook, Twitter and Amazon.com. Even down to media content, Chinese teenagers have a huge appetite for American TV, dramas and movies, Taiwanese dramas and music, as well as Korean media.

The key difference is that local Chinese companies are the conduits that allow the average netizen in China to access these media contents. Partnership agreements between media companies and Chinese websites allow netizens to stream content easily through these middlemen websites. Youku Tudou is a significantly useful platform for YG to make their foray into the Chinese music market, given its status as China’s biggest online video-viewing platform.

Am I overestimating the effect of a single video channel? Possibly. But the move into internet video marketing is important. A report by Forbes on the Chinese internet market, published in 2011, noted how online and mobile marketing is an important tool for building up brand confidence. Among the under-30s, the internet is all that matters for them. Lancome, a French cosmetics brand, is commonly cited as a success story, with it adapting to the local Chinese market and creating and maintaining a strong online presence with Chinese netizens through the utilization of social media. It has one of the biggest online communities in Weibo, even more than most local brands. 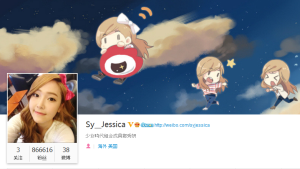 There has been some relationship between K-pop and Chinese media companies, but it has been limited. So far, Korean media companies’ relationship to the Chinese internet system seems to be the uploading of videos onto websites such as iQiyi and YinYueTai.com, as well as the setting up of Weibo accounts (microblogs, a hybrid between tumblr and blogspot). Celebrities such as Siwon and Jessica already have and use of these accounts to keep in touch with fans. SM Entertainment itself has a Weibo account as well, where it occasionally uploads photos and information, but it is a fledgling effort only set up at the end of 2012. But a real partnership with Chinese internet video companies like Youku Tudou, and a genuine attempt at selling the brand, not just a single artist, to Chinese consumers, is a novel move.

Could we be seeing more of YG in China? Will it continue to build a brand name for itself using social media? Honestly, I have no idea, and probably not at the moment, given how none of its current roster of artists seem aimed at China beyond stopping by for the occasional concert and variety show. But that YG, as a company, is making an obvious move towards doing so is interesting, and a smart move which acknowledges the intricacies of China’s internet market.

Here’s the further kicker – the third name in the trio, Samsung, is in fact a huge mover and shaker with deep roots in China’s market. Not just in the cellphone industry, but also in other electronic sectors as well. In fact, Samsung has been in China since the 1990s. It has adapted well to the Chinese industry by maintaining good relationships with cell phone operators and also uses very smart, targeted marketing to the Chinese market, creating a vast range of cellphones for varied segments of the market. Recently, it marketed a China-only cellphone with China Telecom called “Heart to the World.” Priced at 12,000 yuan (or $2000 USD), this cellphone was fronted by Jackie Chan and targeted specifically to the high-end luxury market. 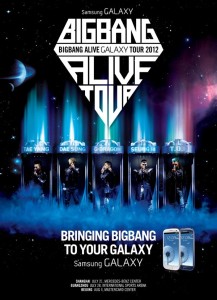 So Samsung has experience in China’s market. Where YG comes in is how Samsung has been using its relationship with YG to target a new sort of consumer- the youth consumer. Samsung and YG already have partnerships in fashion lines and, more recently, Big Bang’s Alive Galaxy Tour, where they promoted the heck out of Samsung’s Galaxy SIII.  I don’t know about you, but it worked for me. I’m a proud owner of a lovely Galaxy Note II now, and it is a shiny, sleek, sexy thing. YG’s partnership with Samsung in China seems natural, given how both want to score a foothold in the Chinese market. Samsung has the know-how, and YG has the … music. Or should I say, the looks?

Either way, it looks like a win-win venture for YG, who has chosen extraordinarily well bedfellows for its venture into the Chinese market. It might not even be an actual push, but as a first step, it’s smart. Razor-sharp smart.