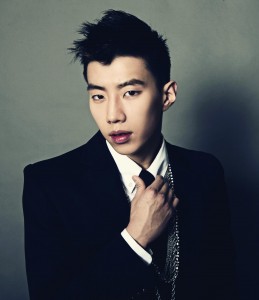 In case you weren’t aware, Jay Park likes to party. That’s pretty much the gist to his latest  mini-album. It’s not a new concept as Jay Park has sung about partying many times before, but at least I Like 2 Party is somewhat tolerable. Beware, though, I Like 2 Party is no New Breed.

The first track, “I Like 2 Party,” is a summer party single and nothing more. If not for the Korean lyrics, it would be indistinguishable from many US summer pop releases. And yet, it has such an instantly likeable chorus that you can’t help but get a little pumped up yourself.  The rap break was so well transitioned in the song that it took me a second to realize that there was dubstep mixed in. However, the bridge is unsettling the way it speeds up too fast. At the end of the day, “I Like 2 Party” is a song for party playlists and getting pumped up, but that’s about it.

“Hot” could also do well on a party playlist but whereas “I Like 2 Party” is universal, “Hot” would be played at a this-party-gives-off-a-bad-vibe kind of party. To be fair, it doesn’t start off badly, and overall, the music isn’t that bad. Had I listened to only the song and ignored the lyrics, I might have even liked it, but the lyrics start off unremarkably and just go downhill from there. I mean really, Jay?

Like a tennis ball bounce
Yeah like a bowling ball- wait
Bowling balls don’t bounce
Then what do I mean?
Just go crazy

It’s a shame because the chorus is catchy — perhaps even more than the chorus from “I Like 2 Party” —  but that is nowhere near enough to redeem this overly simplistic song.

“Secret” sounds like it could belong on New Breed.  Jay’s sweet crooning combined with the slow R&B beat distinctly marks it as a Jay Park song.  It’s sweet but with a hint of sadness that distinguishes it from similar sounding songs on New Breed. Here though, it feels out of place after the mess that is “Hot.”

“Let’s Make Up” can definitely hold its own against the other tracks on this mini-album. The chorus is catchy once again, but this time when Jay enunciates “다시 만나줘” (Let’s make up), you can’t help but nod along. The song boasts a slight, groovy 90’s vibe that adds to the fun. It also feels original, which can’t be said about “I Like 2 Party.”

Overall, this isn’t a terrible mini-album, but it’s not as good as it could have been. Except for “Let’s Make Up,” the songs feel unoriginal. Although the choruses are catchy and some songs are likable enough, this mini-album isn’t going to garner much attention from those who aren’t already fans of Jay Park. It’s disappointing because Jay Park has had some great material in the past but I Like 2 Party just can’t compare.