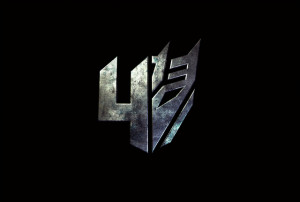 Han Geng has joined the cast of Transformers 4.

Let me repeat that.

Han Geng is going to be in the upcoming movie Transformers 4.

No, this isn’t a joke though it certainly sounds like it could be. Director Michael Bay made the announcement himself of Han Geng’s casting on his website. He even tweeted about it, and Han Geng promptly responded to confirm it.

I can’t be the only one that was surprised and bemused by this news. It’s strange to imagine how this casting even happened. Han Geng is a huge star in China, bigger than he was in Korea at least, and while the American market is supposed to be one of the most prized, the Chinese market is much bigger and, by extension, more lucrative. While Americans might sort of know who he is — or at least recognize his name — after he won “Favorite Asian Act” at the Kids’ Choice Awards earlier this year, Han Geng has no need to start a foray into American entertainment.

This could also be one of those “hey, why not?” kind of moments, too. Perhaps Michael Bay’s company was looking for an East Asian actor and approached him, and Han Geng figured it would be cool to make a Hollywood debut. But this is all just speculation. Han Geng’s role has yet to even be specified.

I never had much interest in the Transformers franchise, but I might actually give it some attention just to see how this random casting lands.

What do you think of Han Geng’s casting, readers?