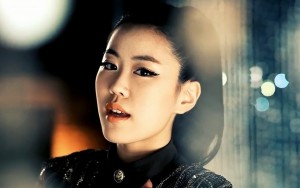 During the first half of 2013, we’ve actually witnessed the lowest frequency of idol débuts in recent years. It seems that the over-saturation of the idol market has finally met its critical point and that this is the year where the excessive number of débuts begin to taper off. Since the rapid explosion of débuts began in the modern K-pop era, there have always been a large number of highly sub-par rookies which never should have seen the light of day. 2013 is certainly no different in that respect.  For your reference, here is a cheat sheet of all the 2013 débuts so far (list may be incomplete).

Which debut was the least spectacular and most underwhelming of the year?

A couple of things will be different from previous polls. Firstly, notice that there is no list of nominees to choose from below because we want the nominees to come directly from you! Secondly, we will dedicate a special midyear post to highlight the winning entry.

1) Nominate an entry in the comments section by writing the artist name its debut song title in the following format:

Nominated entries must only include official debuts of 2013.

5) The entry with the most up votes by June 27th 11:59 PM EST will be declared the winner! Check back next week for our special midyear post dedicated to the winning entry.

Important Note — Discussion is highly welcomed in our polls. However, please separate discussion comments from entry comments. When nominating an entry, do not write your reason for nominating it in the same comment. Instead, reply to your entry comment if you want to explain why you nominated your entry. Understood? Let’s do this!