Idol History: K-pop By The Numbers 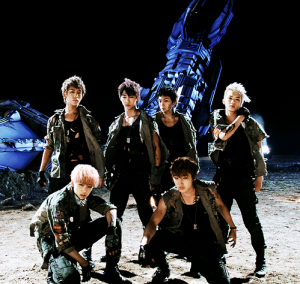 A few weeks ago, my fellow writer Nicholas wrote about the trials and tribulations of spotting new talent among the many rookie groups that debut seemingly every five minutes.  Indeed, it can seem daunting — and pretty close to impossible — to keep up with the flood of new groups, especially because some of them seem to run together in one’s head.  Whilst watching SBS’ Inkigayo the other day, this writer got thoroughly confused by the girl groups performing (Hello Venus, A Pink) and about half of the girl groups that currently exist; I almost certainly couldn’t differentiate between them if they were lined up in front of me, and I doubt that I would recognize any of them if they were seated across from me on the subway.  I actually thought that A Pink was Girl’s Day until I got about halfway through their performance.  They’re not the same thing…right?

But perhaps more interesting than is the quandary of actually identifying these groups is the sheer growth of South Korea’s idol industry — an industry that is (all things considered) barely a decade and a half old — and what it actually looks like in numbers and figures.  Today’s market for idol entertainment is huge beyond comprehension, but it wasn’t always like this.  Recently-debuted rookie groups might actually be poorly trained or lacking in the talent department, but the entertainment world that they are entering is vastly different from that of their predecessors and seniors.

Shall we take a walk down Memory Lane? 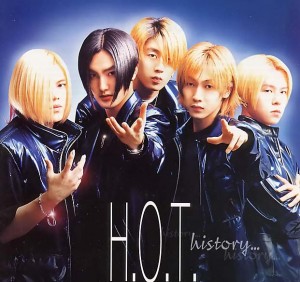 The roots of what can objectively be considered idol groups — a group that specializes in singing, dancing, and entertaining manufactured by a large entertainment company through a process of audition and selection — date back to 1996 and the debuts of Young Turks Club and H.O.T.  The two were joined by a 3-member group called UP.  Interestingly, of the three (and only three) groups that debuted in 1996, two were mixed gender, and given that H.O.T. set the precedent for beastly(?) boy groups, it follows that none were female.

1997 saw the slow growth of the industry; five groups debuted that year, and three (Baby V.O.X., SES, and Diva) were comprised solely of girls.  Unlike 1996, no mixed groups debuted in 1997.  Two more mixed groups did emerge in 1998 (S#arp and Koyote), but they were dwarfed by the increasing number of male and female groups that kept hitting the scene.  YG Entertainment introduced its first boy group 1TYM while Lee Hyori‘s discovery (she was spotted by an agency representative while taking sticker pictures at a mall with a friend) provided the face for the oddly-named girl group Fin.K.L.  Also born in 1998 was the legendary Shinhwa; though not consistently active, they’ve been around for nearly as long as some of our readers.

However, K-pop didn’t exactly hit the ground running; though a large and increasingly significant portion of South Korea’s music market was occupied by idol groups, K-pop’s climb was actually pretty slow relative to how the industry is understood and seen today.  Consider this: between 1999 and 2005, fifty new groups debuted.  This may sound like a lot, but more than fifty new groups debuted in 2011 alone.  This was preceded by a boom in 2010 that saw the emergence of more than thirty new groups.  When SNSD debuted in 2007, they only had to share rookie status with twelve other groups; conversely, today’s rookies compete with dozens of industry hopefuls, and it is very difficult to carve out a niche for themselves amidst not only a bunch of newbies with dreams, but also industry seniors whose positions and careers have already been well established. 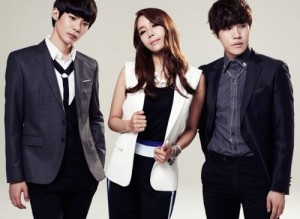 Not enough numbers for you yet?  Here are some more.  Though initial trends seemed to indicate otherwise, girl groups now hold a slightly dominant position in the market: of all idol groups that debuted in the past three years, 52% were girl groups.  An additional 24 girl groups (including subgroups comprised of members of pre-existing groups) debuted in the first quarter of 2012, and many more are set to debut as we enter the year’s third quarter.  No mixed-gender groups debuted between 1999 and 2006 (Sunny Hill, which is barely a mixed-gender group as it is, and 8eight hit the scene in 2007).  While the occasional mixed-gender group pops up now and again, it is safe to say that the most relevant mixed-gender debut in recent memory was Co-Ed, and they are probably better known for their unisex activities than they are for anything they did as a cohesive unit.

I hate math and find number-crunching to be most tiresome, but looking at K-pop’s history through figures undeniably yields some interesting trends.  First of all, entertainment companies active during K-pop’s nascent years were more willing to give mixed-gender groups a shot, but unisex groups are the name of the game today.  Additionally, contrary to the idea of a slow buildup, the idol music industry was fairly consistent and relatively small until 2009/2010.  The number of groups that have debuted since 2009 far dwarfs the combined number of groups that debuted between 1996 and 2008. 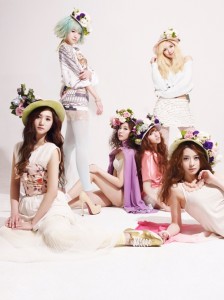 What does all of this mean?  Does it mean anything?  Well, sure; for one, it certainly makes it a lot easier to see why certain groups have risen to the top and seem unlikely to relinquish their positions.  Is SNSD objectively more talented than are the ladies of Hello Venus?  Maybe, but maybe not — the answer to that question likely lies with individual preference and is more subjective than it is objective.  However, it is true that SNSD debuted to a market with far less competition.  Their label-mate senior group SES was by 2007 irrelevant, and JYPE‘s Wonder Girls were just about the only female group that stood out in wild popularity at the time; that SNSD came to be regarded as a potential and near-immediate rival to Wonder Girls speaks not only to SNSD’s ability, but to the size of the industry back then.  Hello Venus, however, recently debuted to a completely over-saturated market — a market that is growing at breakneck speed.  Of course fans are going to whine that they can’t keep up, or that they can’t find anything new or special about fresh rookie groups — really, there are just too many, and Hello Venus faces a more uphill battle than did perhaps a good half of their industry seniors as a result.

And whose fault is that?  As we’ve seen, the K-pop industry didn’t exactly spring up overnight —  but the manic frenzy to release new idol groups all but did.  And if you think about it, it isn’t unexpected; the enormous popularity of mid-2000s idol groups made them a huge cash cow.  Everyone wanted a piece of the pie, and the only way to have at this particular pie was to enter the fray with an idol group of one’s own.  The result is plain to see: a seemingly homogenous music industry comprised of non-differentiated idol groups who (thanks to the magic of cosmetic surgery) look increasingly similar.  In other words, far, far, far too much of what formerly was a good thing.  I feel kind of sorry for rookie groups now.

This doesn’t necessarily mean that those who sit atop the industry’s current throne don’t deserve to be there — hardly.  Today’s most popular groups remain popular for reasons not totally related to circumstance; though the market was smaller when SNSD debuted in 2007, there were significantly more contenders to beat out by the time “Gee” came out in early 2009, for example.  But it does mean that their position is perhaps a lot more contingent on timing, luck, and competition than one might have previously believed.  They won’t occupy these coveted seats forever; eventually, SNSD will get too old/bored to stick with the same 9-on-a-stage-in-sexy-getups routine, and Super Junior will (sooner rather than later) fall victim to mandatory military service.  However, given that the market is now overrun with prospective replacements, it will be interesting to see if any one group can — or will — trump the others and become a clear K-pop hegemon, so to speak.  With so much competition, it’s difficult to imagine what qualities a group would have to possess in order to rise to the top.  Killer vocals?  A catchy and repetitive hook song?  Strong dancing?  Metric tons of plastic surgery?  D-cup breasts?  Groups with all of these have debuted in the past year and a half alone, but the answer is still no less clear.

It will be even more interesting to see if this tremendous growth can sustain itself.  Can companies continue to produce upwards of fifty new idol groups per year while still maintaining quality, individuality (well, as much as is possible), and relevance?  Only time (and more numbers) will tell for that one.