Exo's 'XOXO': Worth the Wait 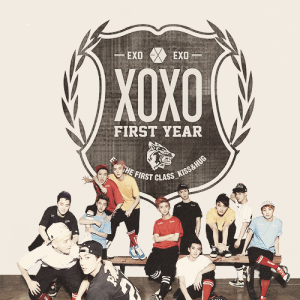 Hype has surrounded Exo even before their debut. After twenty-three teasers, two prologues, and two showcases, the group dropped their first mini-album Mama, then disappeared for over a year. Thankfully, they’ve finally returned with XOXO, and I could hug and kiss SM for such a well-made and (surprisingly) actually worth-the-wait album.

The album opens with the promotional single “Wolf,” which follows the same mash-up style of much of the music coming out of SM these days. I initially hated the song because, to put it simply, the song is messy.

The track opens with a howl. Then, the bass drops. Enter talk-rapping that somehow works. Then, it shifts and speeds up. These changes happen many times and quickly before we suddenly hit the chorus, featuring more howling — gimmicky by this point — and that ridiculous “saranghaeyo.” Really, each verse changes completely.

In his review of the dance version of the music video, Nicholas made the spot-on comparison to SNSD’s “I Got a Boy.” SM decided to bridge the gaps between styles this time, but it only clutters the song. The pre-chorus and chorus have so many layers with electronic music, a heavy drum track, and howling. It is just too much, especially since you have twelve voices singing on top of that.

The verses are definitely stronger because they let us distinguish voices and really hear how talented some of the are, such as Chanyeol and Kris rapping or Baekhyun and Chen with their belting. In a dance track for a group as large as Exo, simplicity is key but sadly missing here.

Thankfully, “Baby Don’t Cry” more than compensates. The song first appeared in a pre-debut teaser, and I know I can’t be the only person disappointed that it was not on the first mini-album. Rejoice with me, patient souls, because “Baby Don’t Cry” (along with “Let Out the Beast” and “My Lady”) has arrived.

The song uses a crystalline piano throughout paired with a stripped-down R&B beat. Even when it begins to add a little more, it never takes away from the members’ voices, letting listeners bask in their vocals. Even the raps are perfect, going for a softer sound that almost caresses your ear.

“Black Pearl” picks things up again but starts slowly, making such a nice transition from “Baby Don’t Cry.” With its almost otherworldly electronic beat, the song is about a relationship and the struggles a man endures because of his love. The track is upbeat in the chorus and raps, but with slower verses, it is well-paced.

The next track “Don’t Go” gives us the chance to hear singing voices that we haven’t heard before, those of Kai and Chanyeol in the Korean version and Tao and Xiumin in the Chinese version. Even as rappers and backing vocals, they clearly know how to sing. They may not have the same vocal prowess as main vocalists, but they can hold their own. The track as a whole is rather plain, nothing outstanding, but it makes a nice stop before getting into the more rap-driven track “Let Out the Beast.” 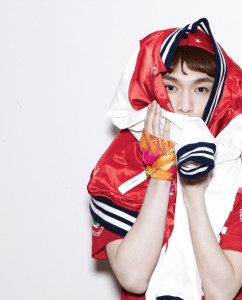 Another track originally from a teaser, “Let Out the Beast” would have been my preferred promotional single. The track is sufficiently fast enough for great choreography and lets rapping and vocals share the spotlight equally. Plus, and most importantly, the song is cleaner and more cohesive than “Wolf.”

While it is the only track that doesn’t follow the theme of love, since it’s about performing on stage and essentially not being scared to be awesome, it would work for them because they are a rookie group whose company has promoted them so heavily but has yet to really prove themselves.

The next track “3.6.5” sounds like a possible One Direction release. It has obvious pop/rock influences in the solitary electric guitar, but it’s the “whoa-oh’s” in the chorus that really bring about that comparison.

While Exo throws in some familiar synth, this is the most musically different song we’ve heard from them. It is lighter, both musically and lyrically. Even their songs that are happier use heavy imagery and metaphors. The lyrics, though, are straightforward — a man thinks about his love every day.

“Heart Attack,” “Peter Pan,” and “Baby” are great tracks to slow us down again, but back to back they fall a little flat. Much like “Don’t Go,” I enjoy hearing the voices of the other members in “Heart Attack,” but the song is rather subdued. For a song about being so in love with someone that it feels like a heart attack, they seem to be holding back just a bit too much, even if it is a R&B track.

“Peter Pan” picks up more, but this song is a bittersweet recollection of a past relationship intertwined with the concept of a fairy tale. The more subdued style with a lighter sound suits the lyrics as it ends on a positive note that they will meet again, and this song is actually quite strong. It is simply its placement after “Heart Attack” and their similar sound that weakens the two. 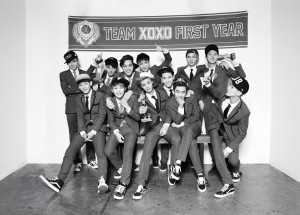 As such a sweet ballad, “Baby” is surprisingly lackluster. While “Wolf” begged for simplicity, this track needs something more to give it the right oomph. Even the ad libs toward the end seem bare, as though perhaps an instrumental track was missing. Have it follow”Heart Attack” and “Peter Pan” only compacts that further.

Since it was the first we heard of Exo in their very first teaser, “My Lady” is perfect to close the album. The track capitalizes on the emptiness that “Baby” missed. While the music itself sounds simple with the guitar alone at the open, the beautiful vocals with the snapping are different musically enough to stand out.

Plus, the quick vocals juxtaposed against the slower verses fill the room with tension, perfect for a song about wanting to be more than friends. The raps immediately followed by the ad libs and belting just give me chills, ending on a high note.

Besides the chaotic “Wolf,” Exo’s first album does not disappoint. It contains an even mix of faster dance tracks, slower ballads, and in-the-middle songs to give it breath. There are a few songs that could afford a switch around, but for the most part, everything works. I can’t even pick a favorite track.

Exo seems new again, and I just hope we don’t have to wait another year for their next release. If we do, it had better be as worth the wait, as XOXO was.