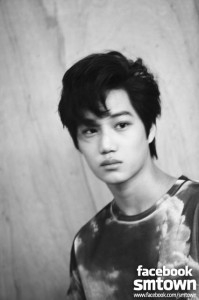 Early in 2011, SM Entertainment released plans to debut a new boy group. And while rumors and the like flourished on the virtual landscape, everything and anything about this group was kept tightly under wraps. However, in late 2011, SM Entertainment announced the debut of the group and slowly but surely released more and more information regarding the group and its members.

Here is the story thus far:

Late December: SM introduces EXO and explained that the group will be split into two sub-groups that will promote with the same performances and concepts but will specifically promote and cater to the Korean and Chinese market respectively. In response to this news, fans expressed praise, confusion, and frustration; praise, regarding the market efficiency; confusion, regarding the similarities and differences between the sub-groups and the group as a whole; and frustration, regarding SM Entertainment’s strategy.

December 22nd, 2011: SM releases a teaser for member Kai. In the teaser, foreboding bass winds accompanied by electrical vibrations follow Kai through a Gothic Victorian schema. An R&B, jazz, blues blend begins to play as he dances, contrasting and complimenting the music with a combination of fluid and sharp movements. On the whole, the teaser received a positive response, with fans praising Kai’s abilities and appearance. With the first teaser, momentum for the group’s debut begins building.

December 27th, 2011: SM releases a teaser for member Lu Han, also featuring previously introduced member Kai. The teaser features the pair dancing in a red material installation while they dance to a musical blend of hype and hip-hop. While some fans responded with disappointment regarding Kai’s returned appearance, the response to this teaser and Lu Han was also positive. SM also released a teaser for member Tao. This teaser features him performing wushu and dao to a rock, hip-hop blend. In response to this teaser, while fans were impressed but they once again, remained confused. His designation as the group’s martial artist and his skill left some fans wondering how this skill was going to be used and why they were going to be used.

December 29th, 2011: While SM has been releasing photos of the group via various social media platforms, in this day’s batch of photos they included photos of Chen. While this member has yet to appear in a teaser and fans thus no very little about him, there is some anticipation regarding his involvement in the group. On this day also however, four members of EXO debuted on SBS Gayo Daejun alongside SM Family members. Tao performed with Victoria, stunning everyone, once again, with his impressive acrobatic and martial art skill while Kai and Lu Han danced alongside SHINee’s Taemin and Super Junior’s Eunhyuk. Chen joined the EXO line up during the Orchestra stage. Then, to end the day, SM released another teaser for Kai, a longer version of his first teaser. While in many ways, this proved to be the same teaser, the response to this teaser was somewhat negative. Kai’s continued appearance in teasers, including teasers which are meant to introduce other members, begin to stir frustration and agitation in fans.

January 2nd and January 5th, 2012: SM releases two more teasers featuring Kai. While Exo’s debut still carries momentum, much of the momentum is surrounded by discussion regarding Kai as the “face of the group,” a designation that fans give begrudgingly.

January 9th, 2012: SM releases a teaser for new member Se Hun and Kai together. The joint teaser with Kai features the pair dancing as their shadows do the same in the background.

January 10th, 2012: SM releases an exclusive teaser for Se Hun. The teaser captured fans visual attention with motion and superimposition work as well as, a quick fade of all EXO members at the end.

January 11th, 2012: Despite reservations and frustrations of fans regarding a variety of concerns, including pessimistic brooding that SM will continue to parade this group in the same unoriginal, what-have-you style, SM released a teaser that on this day that broke down such pessimism. The teaser features Lu Han and Se Hun in a simple landscape, with conceptual motifs, as simple piano, drum melody.

January 16th, 2012: SM releases a teaser for member Lay. This teaser takes on characteristics of many before it, featuring Lay dancing to a dark, hype and hip-hop sound.

January 24th, 2012: SM releases teaser featuring Kai and Xiu Min. Unlike previous teasers, this teaser features the pair in a quasi-narrative arch, as they run and face unseen figures.

January 27th, 2012: EXO releases the most recent teaser, featuring Kai and Lay. The teaser features a post-apocalyptic look with strictly hip-hop beats and fast, sharp rapping. And while the teaser, by itself, has received positive response, after teaser and more teasers, momentum for this group seems to be waning. At 12 teasers, fans are growing tired of the drawn out experience.

As of today, SM announced that they would be releasing a prologue to the full-length album on January 30th and having seen and heard a plethora of teasers, and as some would say, too many teasers, the amount of information regarding the group pre-debut is far more plentiful than any other group that has ever debuted in Korean Pop.

Having said that, there is, without a doubt, more to be revealed upon their actual debut. In response to their pre-debut marketing, while a good number of fans have unsurprisingly been responding positively, fans have also understandably had their reservations. After all, SM’s past releases have featured variations of the same music, the same concept, and the like. It appears as if they’ve found their comfort zone and they’re wading in it, afraid to step above and beyond. And while sticking to consistent demonstrations of profitability is understandable, the results involved redundancy and predictability, both which have led to a development of fan disillusionment and disappointment. And so, when SM announces plans to release something new and different, how new and different can it be after a pattern of repetition? 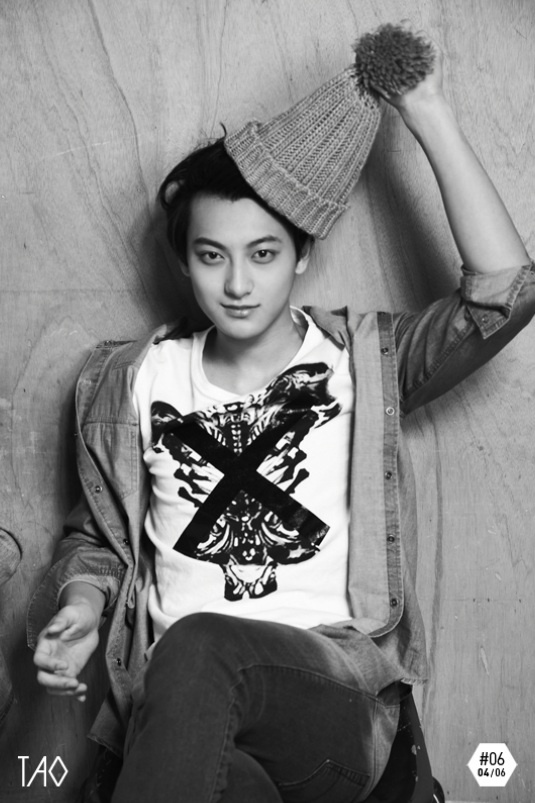 The teasers have noticeable features that provide evidence that SM will be conservative in their strategy regarding this group. Many of the teasers have featured visual and performance aesthetics above all else, with the post-modern inspired installations and backdrops, mixed color and pattern fashion, and hip-hop-based dance and song. But there is also plenty of evidence to the contrary as well; there are noticeable and plentiful deviations from this general schema, so much so that I would argue that all the aforementioned elements do not compose the overall look, sound, and feel of this group. Over the span of what is now their 12 teaser, SM has introduced a boy group with different members, different songs, different styles, etc,. While the inundation of teasers may confuse one from another, many of them are distinctly different in all of their appeals. There are tracks that feature jazz elements, indie elements, elements from an assort of genres. But this isn’t eclectic by any means. Instead, many of these elements are blended together with other elements. EXO won’t be a group of old tricks with new faces; EXO is a group of  bringing the new and the old together in order to completely something completely different.

SM, and to be fair, K-Entertainment as a whole, has a tendency to grab onto trends that have demonstrated success and hold onto it for as long as they can. It is always fresh and renewing to see something new and while comparisons are aplenty to existing groups and idols, there are elements of EXO that are definitely composed of a fused brand that synthesizes something that is completely its own. And even if EXO were to follow the trend of finding a trend and holding onto it for dear life, this wouldn’t necessarily go against EXO because as far as I can sense, this is a group that will be all about mixing genres and creating new genres as an effect.

This is could be a good thing for not only EXO, but also K-Pop as a whole. There have been several artists that have received qualitative results because of their efforts involving synthesis of new sounds via avenues of amalgamation but none of them have received mainstream success like more run-of-the-mill groups. EXO could change all that; they could develop, create, and progress the niche like constraints of music, concept, and overall design, all the while delivering aesthetic, performance, and entertaining appeal.