After School Releases MV for "First Love" and Maxi-Single 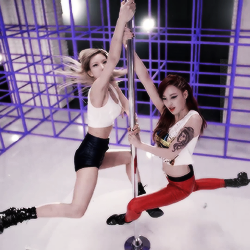 After a “scandalous” teaser picture from Nana, and an awesome instrumental cover by the one-woman-band E-young, After School finally releases their new music video for “First Love” and their 6th Maxi-Single. However, I don’t think the “scandalous” theme ends with Nana, because After School has incorporated pole dancing into their “First Love” choreography.

Surprisingly enough, the pole dancing looks rather acrobatic because it doesn’t come off excessively sultry. What it does provide though, is some visual dimension in the performance. There are multiple elevations that you need to pay attention to, instead of just watching a bunch of girls dance on the ground.

After School also made their comeback performance on Mnet‘s M! Countdown, which you can see here:

Reviews are on their way, but in the meantime, let us know what you think of the comeback in the comments!