Considering the long period of inactivity by Chocolat in the midst of a short career, one might have expected them to have (excuse the horrible pun) expired and consigned to the scrap heap of unsuccessful idol groups. Fortunately though, the group had just gone into cold storage and are now back with a new single, called “Black Tinkerbell”. However, does it stand up to the taste test? Putting aside all bad jokes, it’s time to review the MV/Song. 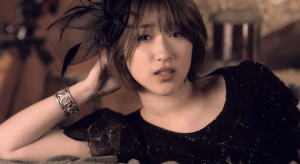 Song-wise, the whole thing pretty much sticks to the rule book that they have followed for all past singles. That means sounds heavy on the electronic effects, layered on with copious amounts of auto-tune to cover up the admittedly average singing, and eschewing current trends through the lack of a rap break. That might not necessarily be a disadvantage though, given how most girl group members are ill-suited to rapping, and how a badly inserted rap break can really kill the flow of the song.

Despite being rather derivative (try hearing the sonic threads of every other girl group in this song), the whole thing still makes for easy listening by giving the average listener just what they need – solid, no nonsense pop. Another thing I liked about the song was the very fair vocal treatment. Considering how most of them are at best average singers (and not much better live), the production has done a great job with their voices. Wisely, they have chosen to lay off the high notes, and have them sing in vocal ranges they fit in, preferring to use a wide variety of effects and auto-tune to create the variations. Still, there is only so much one can do to cover up the whininess in some parts of the vocals.

The music video is pretty much Chocolat standard fare, which is equal parts good and bad. I particularly liked the outfits for the 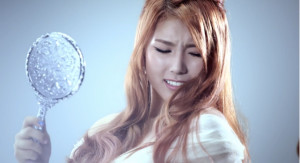 dance shots, and is proof that for good taste, it is very hard to go wrong with the little black dress. Also worth commending is the attempt to include a little story into the music video, which in this case is the feeling one gets around a crush, and the jealousies that come with unrequited love.

Unfortunately, the story could not add much to some of the member shots, which come across as rather dull in nature. I feel that they could have been easily improved by throwing in some subtle actions in the background. For example, the shots featuring Juliane could have been made more interesting with either her doing a contrasting action with something, or by adding in an object that totally contrasts with the scene. 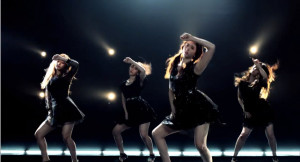 The camera work also did nothing much for the dance, choosing to focus too much on the crotch/butt shots for some reason. It seems unfortunate that so much attention would be given to such blatantly sexual shots, but on the flipside, there also was nothing much to the dance as it was largely simple hand and leg movements. One novel touch though was the girls dancing in water, which made for interesting viewing, but not much else.

Overall, the whole comeback is pretty much Chocolat running in stationary. While there might be appeal in having a girl group still adopting the 2011 electronic pop sound, the game has pretty much moved on in other ways, namely the standards of dancing and (more pertinently) the singing quality.

This song is worth a listen, and is easy to like, but I would honestly say I struggled to find anything truly unique or really memorable about it. And with a fair amount of miss-steps to even out the positive about the songs, the score also averages itself out at 3/5. 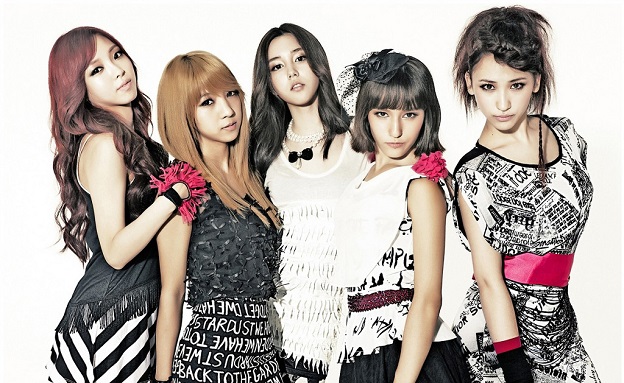