Lunar New Year in Korea is a time for getting together with family, honoring ancestors, and eating a bowl of rice cake soup for good luck.  If you are a K-pop fan, it is also about idol-filled specials on all of the networks and festive greetings from your favorite stars dressed up in the traditional Korean hanboks.  From simple to elaborate and everything in between, let’s see who rocked the hanbok with well wishes for 2012! 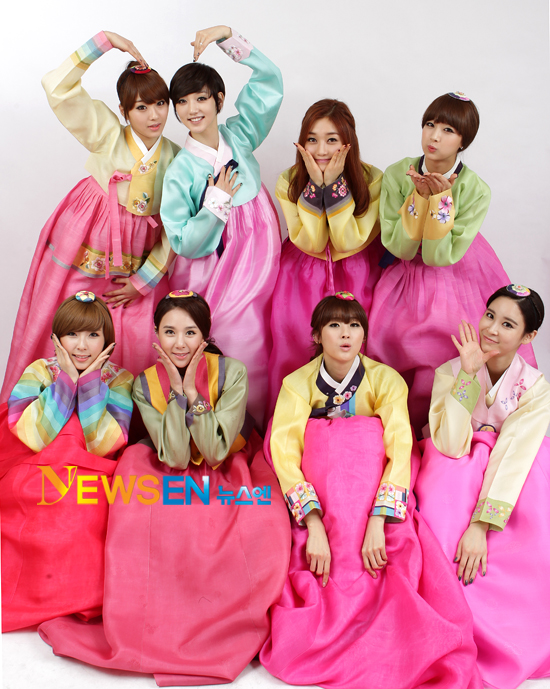 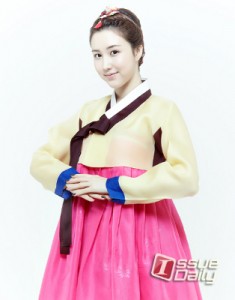 The 8-member group Nine Muses, currently promoting their new single ‘News,’ donned pink skirts with a variety of different tops, some featuring rainbow stripes while others had floral embroidery; pastel hues and aegyo dominated throughout.  Chocolat, minus the ill Jaeyoon, wore relatively plain solid colors for their individual shots.  Dal Shabet shows fans their love for the new year, with their members in a mix of styles, while T-ara members made cute faces in their striped-sleeve ensembles.  A Pink, a group whose popularity is on the rise, also sent their greetings this year.  I’m sure they won’t mind if their good luck continues in the Year of the Dragon.  Their look was similar to that of Nine Muses, but featured a good amount of embroidery. 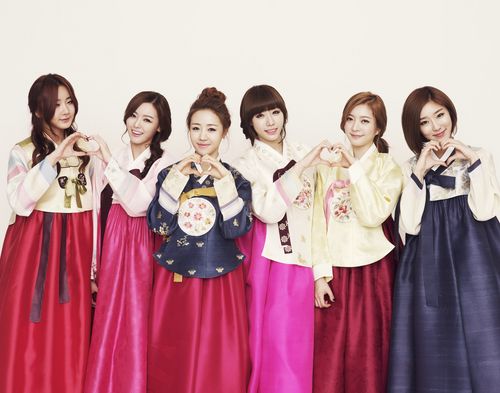 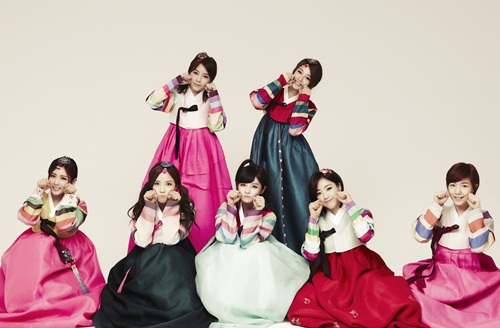 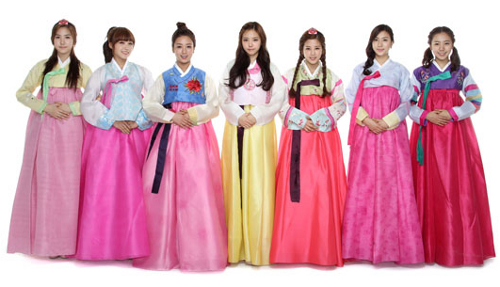 Label-mates Brave Girls and Electro Boyz both wore hanboks with elaborate designs, while some members even went with less traditional short-sleeved versions of the dress.  Song Ji-eun of Secret and Sandara Park of 2NE1 each sent their greetings sans the rest of their group members.  Rookie boy group X-5 and the recently returned Teen Top both sported darker jewel tones for their shots. 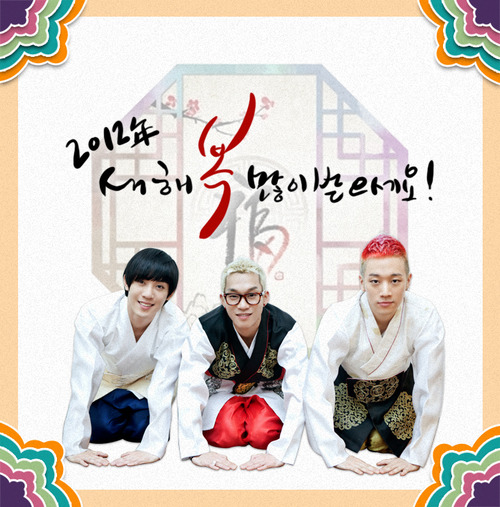 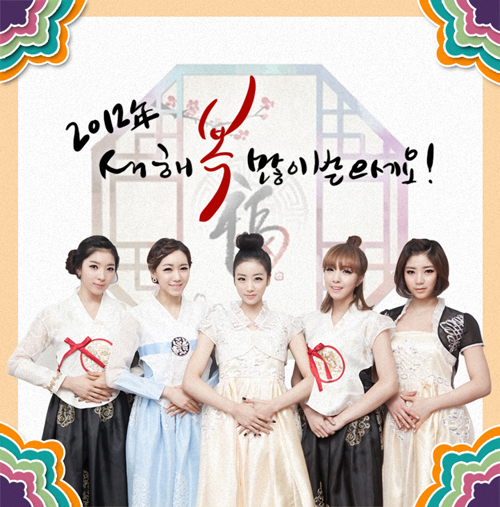 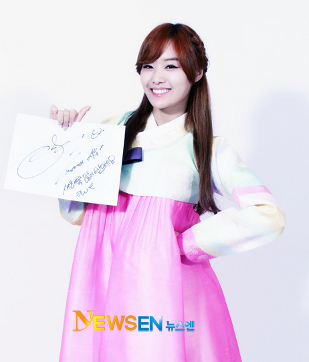 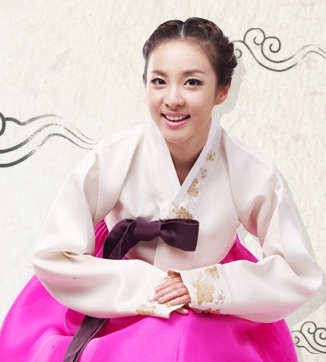 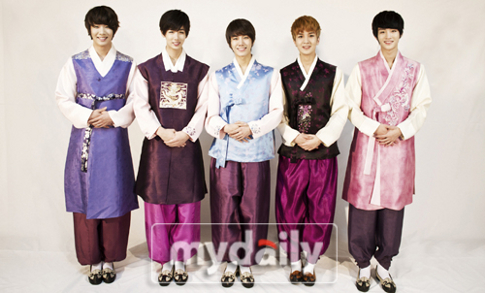 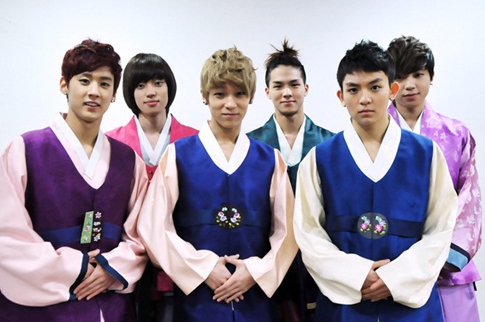 Musical acts aren’t the only ones sending holiday messages to fans.  Popular actors Lee Jong-suk, Go Ara, Uhm Tae-woong, and Jung Ryeo-won as well as figure skating superstar Kim Yuna all wore the traditional clothing this holiday season.  Go Ara definitely had the most interesting look of the bunch, with the involvement of the fur-trimmed head dress. 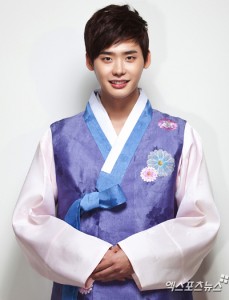 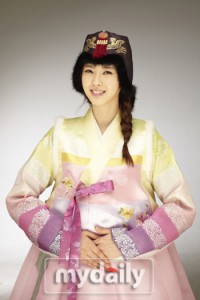 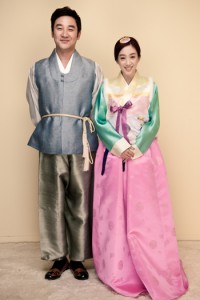 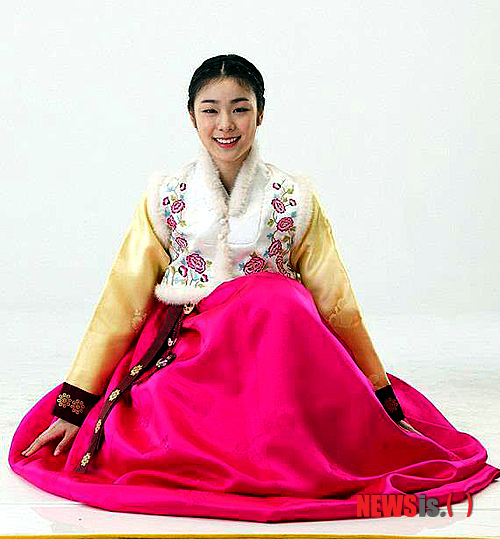 Who had the best hanbok look this season?  Which stars would you like to see in one next year?