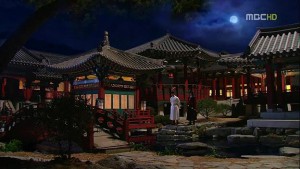 This week in K-pop we’re a step closer to the debut of Dream High 2, DJ Clazzi shared some Love & Hate, MBLAQ abducted a couple of kids, Song Ji-eun was cold, K.Will showed off his moves, Brown Eyed Soul’s Young-joon released his solo “Forget,” Goo Hara was en VOGUE, Tim thinks “Love is Bad,”  Lee Hyori and Jung Jae-hyung will co-host a new late night music program for SBS, and we finally see the emergence of the King. These are the 5 Things that happened in K-pop last week that I think are a little bit more special than the rest.

5. Park Wan-kyu is a Singer

One of the former lead singers of the legendary K-rock band Boohwal, Park Wan-kyu, blew away the competition with this awesome performance on the last episode of  I Am A Singer.

4. History of the Running Man

On this week’s episode of Running Man, the guests were actor Lee Bum-soo and actress Hong Soo-hyun who are both currently starring in the hilarious K-drama History of  the Salaryman.  Almost died laughing during their first mission when Lee Kwang-soo and Yoo Jae-suk finally get ‘a  leg up’ on Kim Jong-kook.

3. Someone give this kid a Daesang already

At the end of episode 5, we saw the heart wrenching performance of Yeo Jin-gu as Crown Prince Lee Hwon as he is told his Crown Princess-to-be Heo Yeon-woo (Kim Yoo-jung) has ‘died’ from her mysterious illness.  It’s pure daebak and this kid deserves an award for his performance.

The depth of the young love was so touching in this story and my heart died a thousand deaths at the end of their fairy tale, damn you Disney for making me like this.  Another worthy scene was when the also heart broken Prince Yang-myung confronted his royal dongsaeng and further adds to the guilt he already feels.  Anyone else feels like everything would’ve been okay if the shaman had just killed the evil old queen?  Can’t wait to see what this week’s episodes have in store for us!

2.  Lee Jang-woo vs. The Comforter

On the last episode of We Got Married, Eun-jung‘s hubby actor Lee Jang-woo tries to help around the house by cleaning up and also gets tasked with washing their bed comforter.  Unfortunately, Jang-woo didn’t know to remove the filling in the comforter before attempting to wash it and words can not describe what happens next.  Moms, this is why you should let your kids do chores around the house.  I don’t think there was any winner in this battle as both Jang-woo and the comforter look beat up.

In the K-drama What’s up?, Kim Byeong-gun (musical actor Jo Jeong-seok) finally conquers his fear of singing in front of an audience after receiving his hyung’s encouragement and Tae-hee (Kim Ji-won) recovers her singing ability when supported by the one she loves.  What’s Up? isn’t a ‘bells and whistles’ kind of drama, but it’s a great slice-of-life type with a great cast exploring the trials of young adult life and ‘finding your voice’ in this world.  If you’re not already watching you should give it a try.