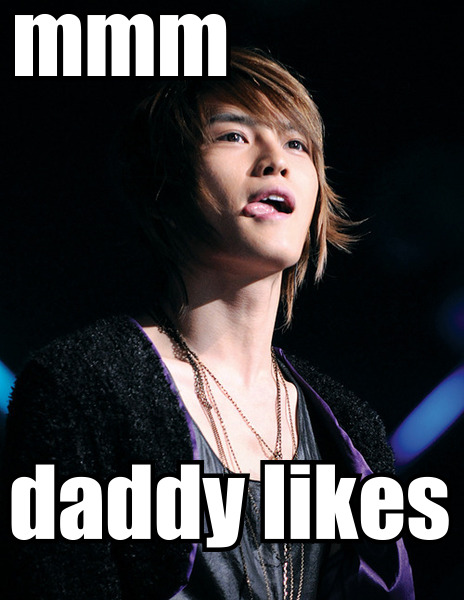 As a fan of everything Hallyu, you’ve probably spent time searching for and staring at pictures of your favorite Korean idols. But after hours and hours of hunting and gathering, you come across something else. Unlike all the other pictures, featuring your perfect idol with their perfect face, their perfect outfit, and their perfect essence, in these pictures, the idols look like they’d untag themselves if these photos ever found themselves on Facebook. And to top it all off, someone on the internet brands the photo with a big and bold caption like the photo at left.

As K-Pop took the internet by storm, the amount of material accessible to fans increased infinitely. This increase of material also included in-person, fan-captured photos from a variety of events where, unlike a staged and constructed photo shoot, contorted facial expressions, awkward hand gestures, and the like, are captured and because they are captured by fans, then disseminated to other fans via the internet. With these photos readily available to fans, fans that had previously been exposed to staged, constructed, photoshopped photos, began reacting with satire and irony regarding the “perfection” exuded by idols. And so, fans started branding these photos with captions that include anything and everything, from ragefesting profanity, sexual innuendos, to insults galore.

With this specific brand of fan art and humor bringing them together, fans started forming various initiatives and collectives that have gained so much momentum and popularity that they’ve established themselves as an important facet of the fandom as a whole. In the same manner that people read fanfiction, collect merchandise, and religiously blog, people engage with macros in a way that has created its own sub-culture. Fans create these macros, they collect these macros, using them actively within fan communities and fan vernacular. Macro blogs, macro contests, macro wars—the macro sub-culture is vast and wide and a critical component of K-Pop fandom that no one can avoid or deny.

Now that we’ve established how this got so popular, it’s time we investigate why. According to Sigmund Freud, “joke work” is the violation of expectations, the twist of logic that surprises us, accompanied by signals that it is not to be taken entirely seriously. Take the following macro: 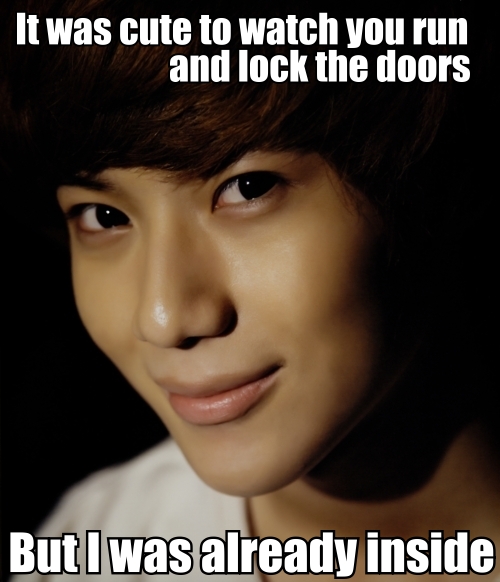 Although SHINee’s Taemin may no longer be the maknae of K-Entertainment, there is something about him that is eternally youthful and eternally precious. This picture epitomizes Taemin: swept hair, sparkling eyes, flawless skin, button nose, and a pair of soft, delicate lips. So cute, so innocent. But in comes the caption that takes this image of the pure Taemin and transforms the image into that of a psychopathic villain set out to destroy anyone and everyone. We have an expectation of Taemin, that he is pristine and perfect, and the “twist” occurs when he’s turned out to be, what may very well be, the exact opposite. 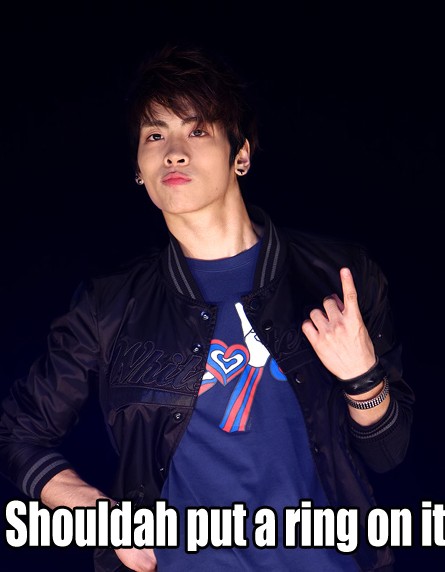 Idols have this aura about them that they’re absolutely perfect. After all, they look and act perfect. And even though we recognize that they’re just as human as the rest of us and just as full of flaws as the rest of us, there’s nothing like a K-pop macro to swing that fact out of the park. Here are pictures of idols with a caption that comes into conflict with their image. Macros are a way for fans to acknowledge and celebrate the fact that our idols are not pinnacles of perfection in a way that still maintains admiration and adoration.

And that’s the basic gist behind K-pop macros. Unlike most of the material being circulated in the fandom, these materials are generated by fans, for the fans. Our K-pop idols are great, but macros are living and breathing proof that their fans can be greater. When I went to SM Town, every artist mentioned that without the fans, the event would not be possible. Fans have a lot of power as demonstrated by this macro phenomenon. Idols may never say or do these things, but macros and the fans that created these macros would and do and that makes them infinitely funnier and yes, even more interesting than the idols.

Give yourself credit, guys, you can do amazing and outstanding things.