Week in Review: This XOXO Love 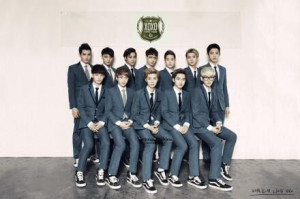 The biggest news of the week in K-pop is hands down the announcement of Exo’s long awaited come back.  It’s been more than a year since SM Entertainment’s wonder rookies debuted in April 2012 and at least they’re coming back with a full album, XOXO.  You gotta hand it to SM though, I’ve never seen another rookie group get so much hype so fast and still be relevant after only releasing one EP. And it’s been fun (and crazy and sometimes scary) as Exo fans got ‘creative’ to fill in the void.  Here’s to hoping the wait will have been worth it.