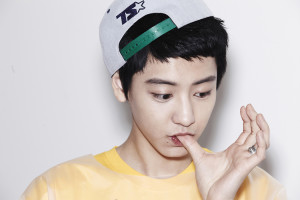 After many rumors and constant complaints from fans for new material, twelve-member boy band Exo has finally announced their comeback, none too late. Maybe it’s because B.A.P., who debuted around the same time last year, are for once not promoting anything, leaving the stage open. Or maybe SM Entertainment has finally decided to stop trolling fangirls everywhere. I’m going to go with the former.

SM Entertainment has released the entire set of solo teasers. The first releases were for Kai, Suho, D.O, Lay, Sehun and Baekhyun. And they’ve just rounded out the bunch by releasing the last few for Kris, Chanyeol, Chen, Lu Han, Xiumin and Tao. 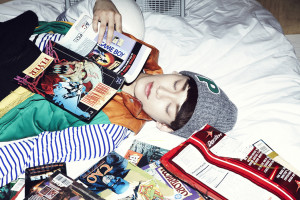 Exo has diverged somewhat from their clear schoolboy concept with these solo images, but there are still hints of it, such as with a football helmet or a varsity jacket.

These seem to be in the style of those extra pictures in school yearbooks that are just candid images of students caught in action. This goes with the haphazard nature of the props, whether it’s someone eating in his dorm room with chip bags everywhere or reading video game magazines passed out on his bed. Though I don’t know any students who have ladders in their rooms and full scale wall murals of them and their friends, but maybe that’s just me. 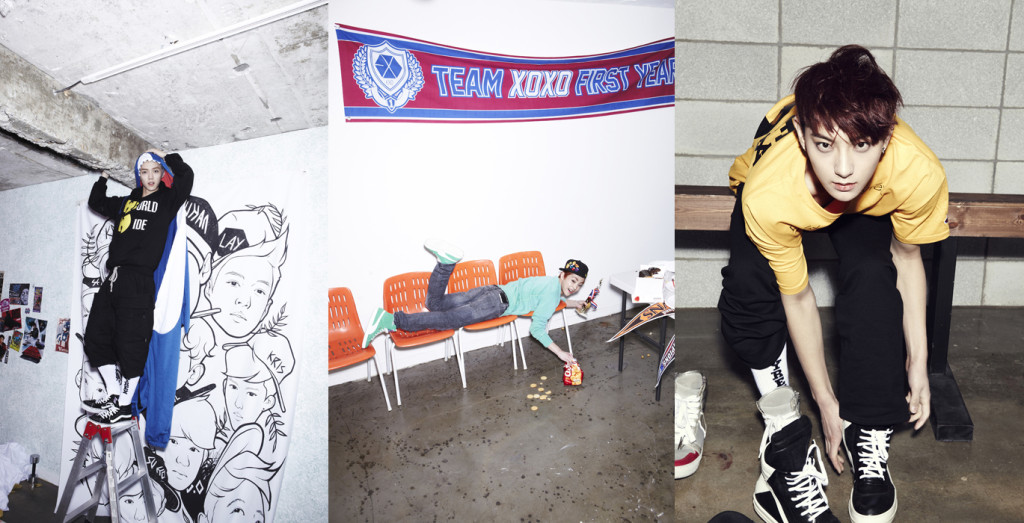 I’m not sure how I feel about Kai’s braids. He seems to have stolen them from Taeyang circa 2006 back during Big Bang‘s debut. But I’m digging D.O’s disheveled hair and hat combination and Chanyeol’s short hair. I also would very much like to steal Baekhyun’s glasses.

Now that we have the full set of solo teasers, we just have to wait for teasers about the album and single themselves. I personally am excited for the album track medley in the hopes that Exo will finally release some of the songs off their pre-debut teaser videos.

What do you think, readers? Whose is your favorite teaser so far?