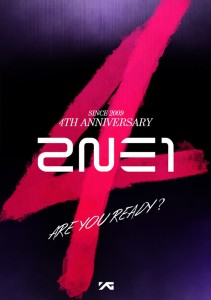 Blackjacks, rejoice. After 10 months of strange collaborations and false starts, it looks like 2013 will be 2NE1‘s year after all.

First up, leader CL is set drop her solo debut on May 28th. Word is that she’s already completed MV filming, and that both Producer Teddy and Yang Hyun-suk himself are heading the project, so absolutely no delay excuses come CL-Day. The MV was also directed by Seo Hyun-seung of “I Am the Best” and “I Love You” fame, so we’re guaranteed an intense visual experience. Not much word on the song’s style other than it will show off CL’s various “charms,” which probably means superb rapping and lots of sassy winking.

Also according to YG, CL will have real, honest-to-goodness promotional activities that will lead into — wait for it — 2NE1’s group comeback!

On May 17th, 2NE1’s 4th anniversary, YG posted a celebratory pic with the notice of their official comeback. No release date as of yet, though Star News is reporting June. Which most likely means August. Or September. The important point is there’s a poster now, so that means it’s happening.

The idea of releasing CL’s single followed by 2NE1’s comeback is great from a promotional standpoint. Not only will it give CL the solo spotlight she’s craved, but also it will give the entire group attention for a sustained period of time. Any disappointment in CL getting a solo over a group comeback is no longer relevant, and her promotions will stir up anticipation for all of 2NE1. Think of it like a fire that just keeps burning. However, this masterful plan all hinges on YG’s ability to effectively time the group’s promotional activities, of which there is unfortunately not much trust. 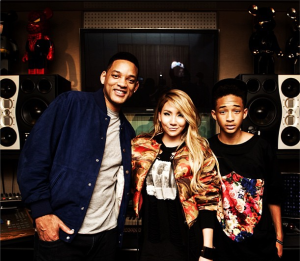 In any event, since it’s been so long that we’ve had a substantial song from these girls, it’s sure CL will attack her solo debut with much enthusiasm, and almost certain our YG ladies will have an epic comeback. And with Will and Jaden Smith recently visiting YG for no apparent reason other than to hang out, it seems the company’s stirring up interesting things all over the place. Possible CL and Will Smith collab, anyone?

Readers, what kind of sound would you like to hear from CL? Who’s starting the pool on 2NE1’s comeback date? And most importantly — ARE YOU READY?