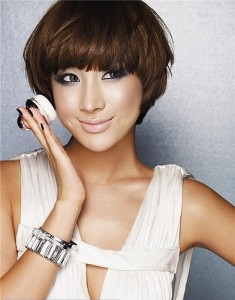 Seo In-young is finally back with a new album. While the former Jewelry member released the digital singles “Anymore” last August and “Let’s Dance” in October, this is her first album in two years. Her last releases showed a much better use for her vocal talent compared to the first few of her solo career (especially “Oh My God”), and Seo has definitely continued that trend with Forever Young.

With this new album and its promotional single, “Let’s Break Up,” Seo In-young returns to her strength: ballads. Sure, she can hold her own in dance tracks with her typical sexy style, but she can also bring us to tears with her devastatingly beautiful voice. She hasn’t promoted a ballad since she did “Wash Up” back in 2011, and she’s proving that she still has it. She’s working with singer-turned-songwriter Kush again — which does nothing to quell rumors of the two dating despite her denials. But this time she’s also brought on producer Seo Won-jin, who’s worked with Big Bang in the past, and the result is golden.

The album opens with “I Want You Back,” a retro-inspired track that sounds like it could be straight out of the seventies. The song is pure disco through and through. From the sparse use of violin over electric guitar to the heavy drum beat, the track is First Choice meets Lipps, Inc., a collaboration that should have seen the light of day back in the seventies.

Even Seo In-young’s voice seems like a throwback because she has the perfect range for it. She rounds out the lower notes perfectly with her full voice, and while I find the higher notes a little whiny sometimes, they are a great balance and suit the style of the song so it works.

She follows up with the dance track “Anymore” with its piano and synth combo reminiscent of alt-rock band Coldplay. It starts off slow and plays off the heavy use of a variety of instruments in the previous track, making it a perfect little dessert before the main course.

“Let’s Break Up” slows things down with its stripped down acoustic ballad style. The track is about a couple who have fallen out of love, and its lyrics are heartbreaking with such lines as “even our habitual kisses feel coarse as sand.”

But the beauty of this track is in its simplicity. It allows us the chance to bask in the lovely emotion of Seo In-young’s voice as it soars over acoustic guitar and soft drums. Even later, when it builds to add electric guitar and piano, the focus is always on Seo’s voice, a great direction after all of the electronic-influenced pop that she has been putting out recently.

And we keep with the ballads with “Letter.” The song starts with a classical piano solo then transitions into a R&B sound with hints of jazz with the bass. The track is beautiful especially since it’s a love letter so it’s unfortunate that all of the layering buries her voice as much as it does. The guitar in particular overpowers her a little in both the higher notes where her voice isn’t quite so full, and in the lower notes, where she seems like an MR recording because she’s so soft. It’s not bad, just a bit uneven.

“Let’s Dance” on its own is a great track, but following up “Letter” where Seo sings so many high notes, it seems to emphasize the thinner part her voice, which is sad because her voice is more than just that. It’s really just a matter of track order rather than the song itself. 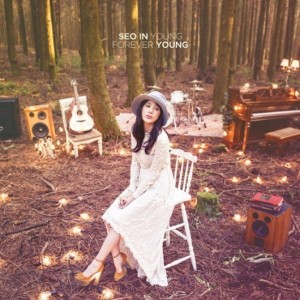 The final track is a remix to “Anymore,” of which I am not particularly fond of. It’s not bad, but the repetition of certain syllables seems gimmicky, taking away more from the song than just length. The song is not only shorter, but the dubstep also just feels like a bit much with all of the electronic music already present in the original.

With the exception of the remix — but I also find that if I like the original, I rarely like the remix and vice versa — the album is a lovely step in the right direction in showcasing Seo In-young’s voice. During her days in Jewelry, she may have been the one with the sexy image, but that doesn’t mean that she’s just a gorgeous body. She has the talent to match, and she proves it. Maybe it’s Kush who can bring it out of her because he sure has done an excellent job each time they’ve paired up. Now to find out if they’re actually dating or not.