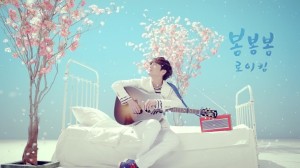 Looking at the latest Gaon Karaoke Rankings, there seems to be a diverse selection of songs widely ranging in genre and even release date. While Roy Kim‘s “Spring Spring Spring” is currently Korea’s number one song sung at karaoke, which songs sit atop your personal favorites to bust out at noraebang?

Gaya: I wouldn’t feel confident singing anything to which I didn’t already know the words; as such, I’d have to go with “Gangnam Style.” It was played on the radio so often last year that there was no way I could NOT memorise the lyrics. The only other songs that I could sing are SHINee ones, because I’ve listened to them often enough that I can follow along; I always think I don’t know the lyrics, but once the music starts it all comes rushing back!

Leslie: I’ve listened to songs so much that I know the lyrics to most of them, and I can read enough hangul to get by. But I definitely have my preferences. I know how to sing because I’m musically trained, but I also know that I will never have a very pleasant voice so I just have a lot of fun with it.

I like to sing songs with really bad English, such as “Beautiful Target” by B1A4. I also enjoy the ones with really difficult vocal acrobatics because I can make a fool of myself singing songs like “Mama” by Exo. I also almost always sing the ad libs instead of the main parts in just about any song. It’s too fun. 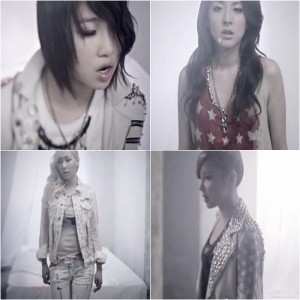 Nabeela: Me and my best friend memorized 2NE1‘s “Lonely” for this exact purpose. We looked up lyrics and practiced in my room and in her car and we went to noraebang and KILLED IT. I mean, we just slay with this song. Granted, it’s the only song I can sing successfully, but I’ll take whatever noraebang glory I can get.

Miyoko: I admit to learning Beast‘s “Oasis” for noraebang purposes. You gotta have at least one in your pocket. The rap always gets me applause even if I mess it up. In fact, noraebang tip: Always do the rap part.

I sometimes like doing Japanese versions of the songs because they tend to have more English in them (and I read Japanese better than Korean). But like Nabeela mentioned with T-Ara, SNSD‘s songs are usually pretty fun because of the upbeat repetitiveness. “Genie” is my go-to for them.

Mark: Here’s a better question: Which one of you bust out the choreography during noraebang? I want to go with you!

Leslie: Oh, that’s me for sure. I know all of SHINee’s “Lucifer,” TVXQ‘s “Keep Your Head Down” and Exo’s “History” plus countless other dance breaks. I can’t help but dance when I sing, even if I’m driving in the car. It’s mandatory. 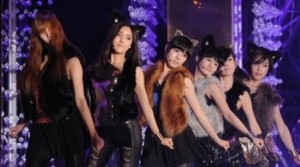 Nicholas: Without a doubt, it has to be terribad covers of K-Pop girl group music. My ultimate guilty pleasure would be T-ara’s “Bo Peep Bo Peep“, where I do the whole thing, choreography and all. At the end of it, I am very much thankful for lip-syncing (try dancing and attempting to sing at the same time), yet pretty much falling over myself in embarrassment in how I can make slick choreography look so sloppy.

Anyway, I have already moved past norebang in my life. Only so many friends can tolerate your displays of wanton bad dancing, and I have had a bad experience from having the staff walk in on me with drinks just as I was going to bust that move in “Genie”.

Gaya: Nicholas, if I ever make it to Singapore, I’m pulling you out of retirement.

Ree: Nicholas, you have no idea how badly I want to see you attempt the “Bo Peep” choreography.

I haven’t actually gone to proper noraebang before, I just sort of sing with a bunch of my friends with the lyrics playing on my computer screen. Whenever we do, we’re always masochistic and open up the lyrics to Big Bang‘s “Haru Haru” or “Beautiful Hangover” just so we can laugh at ourselves trying the rap out. When we’re feeling less ambitious, then we put of “Tell Me Goodbye”, and I don’t mean to brag, but we SLAY T.O.P‘s rap. J’saying. 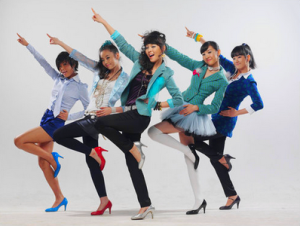 Kim: Like Nicholas, I’ve had my days of embarrassing mimic dancing — to Wonder Girls‘ “Tell Me,” Girls’ Generation’s “Gee,” and all those catchy tunes — where I’ve ended up in spasms. (You learn very quickly that pop-star stamina and synchrony are God-given abilities.)

I stick to ballads now; I can keep up with the hangul without learning the songs, and that beats breathing into the mic halfway through. I also like feel-good, mid-tempo beats. I’ll never forget prancing around like a bozo at Luxury Noraebang in Hongdae, to this. Does it count if I play a song just to shimmy to? If it does then Turbo‘s “Twist King” would be my go-to one. I probably sing gibberish 20% of the way — it helps that they go “ba-ba-ba everybuddy dance!” — and flail around for the rest.

Amy: Watching Subi do “Mirotic” at the noraebang is worth all kinds of money. Just sayin’.

Sophie: My, um, jam is “Mr. Simple,” though only because I[‘m] naughty naughty. I love the dance, and have intellectually(?) mastered the sequence of steps. However, I still can’t perform it without looking like I’m having a seizure. I do like the “pie yourself in the face then shake your hands dry” combo in the chorus. 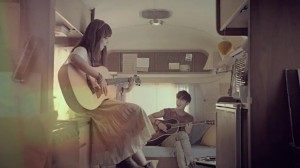 Mark: My favorite part of noraebang is performing couples duets with a *ahem* worthy *ahem* partner. Unfortunately, there aren’t too many in K-pop to choose from, but there are still a few gems out there. Who wants to be the Juniel to my Yonghwa in “Fool,” the Davichi to my 2Bic in “On Nights Like This,” the Ga-in to my Hyungwoo in “Brunch,” or the Sunny Hill to my Daybreak in “Love Actually?” I’ll pass around the sign-up sheet.

Shweta: I’m probably the last person to sing at Noraebang, for two main reasons: one, I’m not one to sing the “fun” songs, and two, me + singing in public in a language I don’t know just doesn’t happen. (Actually, that’s technically a lie, but I’m going to gloss over that pesky detail.)

Regardless, let’s be hypothetical and I attend what looks to be a fantastic noraebang outing with my magical Korean language skills obtained by diffusion. In that case, I think I’ll be the weirdo and sing IU‘s “Mia.” I love the potential ad-libs and harmonies in this song and how haunting it is. If only someone was willing to join the dark side and sing it with me… 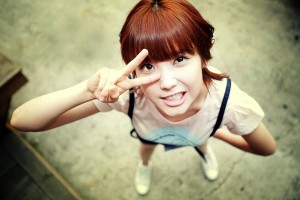 No “Mia” available? Fine then, my Noraebang pick of the day will be another IU song: “Hey! (Rock Ver.)”

Fannie: Patricia’s got a really nice voice, so I nominate her as your duet partner, Mark!

And my other go-to song would be Insooni‘s “Goose’s Dream”.

Patricia: Oh crap, way to expose my secret past life as a choir geek. Thanks a lot, Fannie.

Amy: Patricia didn’t sing the last time we actually DID go to the noraebang. BOOOOOO.

Patricia: Shell-shock from all the brightly colored lights. Next time, I promise. 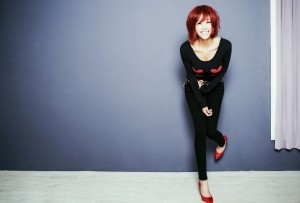 Lindsay: I’ve only ever done karaoke in Japan, so I can sing you some Gackt, but my confidence in Korean noraebang is lacking. However, I do know the chorus dances to many, many, many K-pop songs, so I’ll happily dance along to what you all sing.

If I were to sing something, it would probably be a painfully cutesy girl group/soloist song because those are what fit my voice best (even if I prefer boy groups). I’ll try and prepare G.na‘s “Oops” for our next staff noraebang outing, dance, rap and all. Look forward to it!

Ambika: It’s been a while since I’ve gone and made a fool of myself this way, but when I do exercise my vocal cords (alone, in my car, on the highway), it’s with songs like Exo’s “Mama” and B.A.P‘s “Power,” vocal imitations of all members included. I think that’s one of the best parts: all the possibilities with your voice, like making it thin or super rough.

Leslie: That’s the best part for sure. I admit that my best friend and I recently recorded a cover of the intro Gregorian chants of “Mama” complete with 12 different voices. It will never see the light of day, but it was too much fun to make.

Dana: Leslie, if that cover isn’t embedded into this post immediately, I am going to be extremely disappointed.

Fun fact: I have no idea why, but in Korean, your go-to noraebang number is referred to as your 십팔번 (shib-pal-beon), which actually translates to “eighteen.” Conversations with a Korean friend did not yield the expression’s origin, but if anyone knows, fire away! 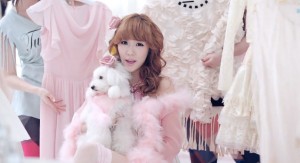 Anyway, my favorite song to bust out is actually T-ara and Supernova‘s “TTL 1.” It’s usually the song I start with. For the melodramatic individual in all of us, I will usually recruit a friend who is either equally enthusiastic (or equally inebriated) to sing (or, more accurately, scream) Lena Park‘s “In Dream.” And I would be remiss if I didn’t mention “Twinkle,” or pretty much anything off of the TaeTiSeo mini. I think I sang “Twinkle” with a good friend of mine every single time I went to noraebang last summer, when I was working in Korea. She would always sing Taeyeon and Seohyun‘s part, and naturally, I was Tiffany.

If you’re studying Korean, noraebang is an awesome way to practice reading and pronunciation. I would go to noraebang every day if I could.