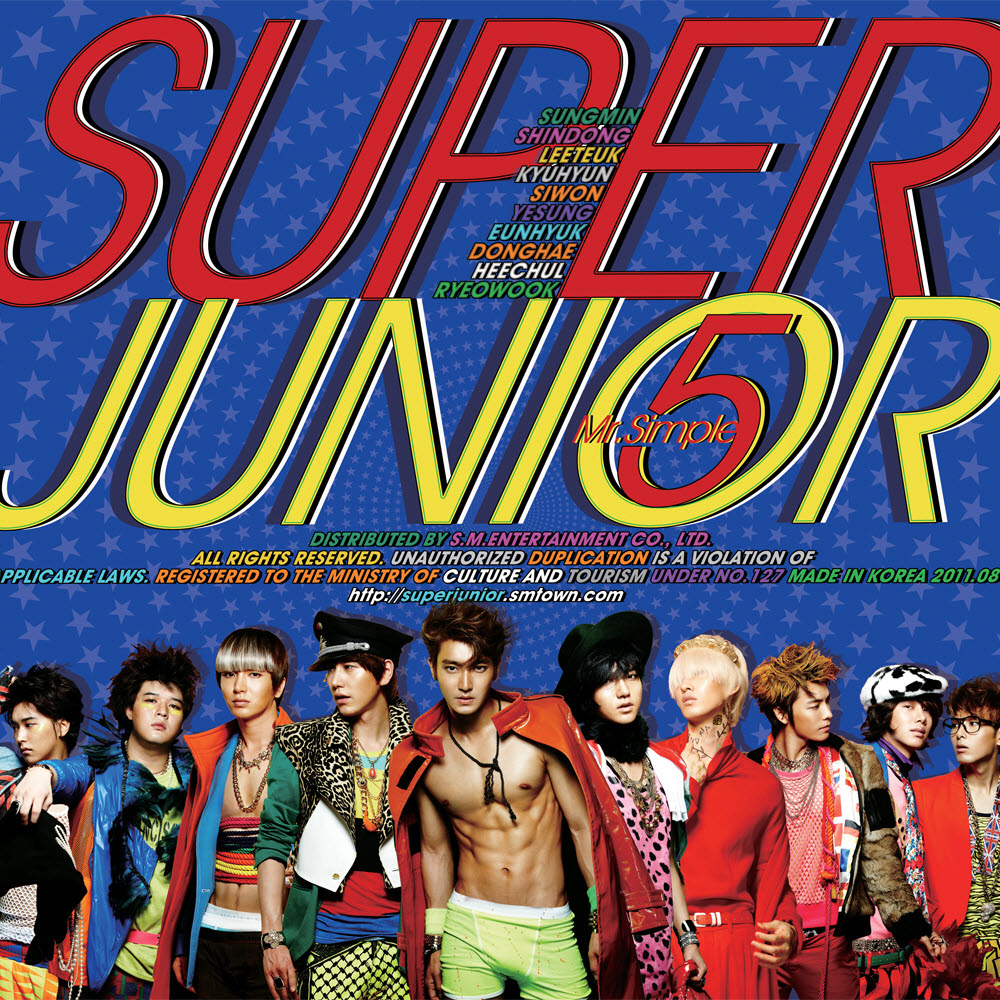 Super Junior‘s fifth album has been officially released and I’ve given the album a couple of listens to acquaint myself with their new sound. The bad news: the album as a whole is mediocre. The good news: it could’ve been worse. And, we’ll always have their third album (and Super Girl) to fall back on.

I mentioned last week that I started playing more attention to Super Junior when they promoted Sorry, Sorry. I followed their activities loosely during the Don’t Don era, but I wasn’t “into” them. SS gave me a reason to get into them in the way getting “into” something in a Kpop group works — watch all their shows, download all their music videos, learn every member’s favorite ice cream flavor and shoe size…you get the gist.

And I thought that SS was an extremely strong comeback track, and it made Super Junior legitimate in a way that I don’t think they ever were prior. Any group coming from SM Entertainment has the inherent privilege of being way more popular than any group who doesn’t because of SM’s iron grip over the market. But that doesn’t mean that they were ingrained into the lexicon or defined Korean pop in any way. 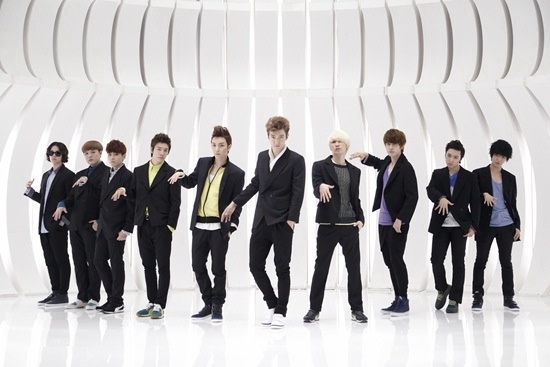 Then came SS and that changed everything. That song was a phenomenon the way the Wonder Girls‘ Tell Me was and still is, and rendered Super Junior legitimate contributors to the Hallyu wave. It’s one of those Kpop songs that have come to define Kpop, and I think that is highest praise you can get as a Kpop artist. Super Junior’s SS aesthetic was great, the song has the ability to claw itself into your brain, and the dance was easy to mimic and incredibly recognizable. It had all the essentials of a great Korean pop song. 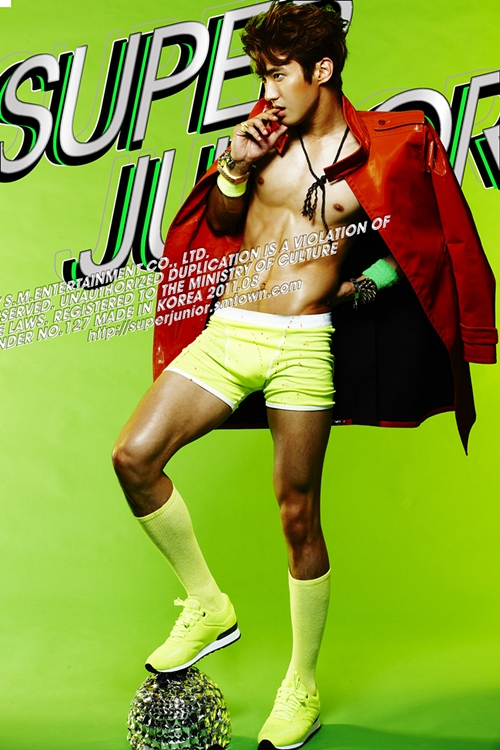 To follow that up, they promoted It’s You, another phenomenal track. SM Entertainment has a history of putting out stellar title tracks and then trying to cash on those tracks by prolonging promotion periods by creating repackage versions of albums, and those are usually awful. They’re like the Korean musical equivalent of America’s consistent need to create six more installments of Final Destination and fifteen more sequels to Saw IIII.

So it was to my utter surprise that It’s You is as great a song as it is, because it is pretty damn great. It’s not a Tell Me or a U Go Girl or a Gee but it is a genuinely good song. Even my younger brother loves this song, people.

Then, half a year later, Super Junior M came out with Super Girl, another freaking fantastic dance song. I was starting to panic a little at this point because there’s no way it was possible that SM has created three phenomenal releases one after the other in the same damn year. 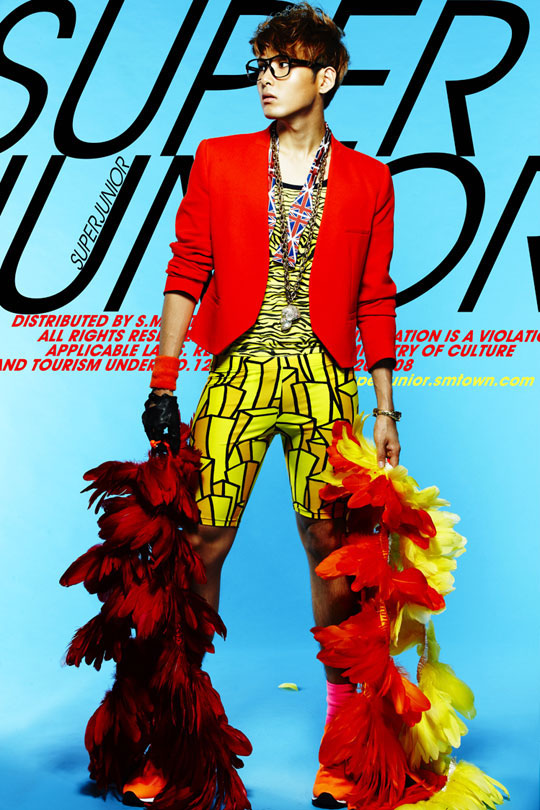 I guess they made up for it with their inability to impress with Bonamana and now with Mr. Simple. I prefaced my 5th album review with all of that to point out that even if I mentioned that I find SuJu gimmicky, I would call myself a fan, and genuinely so, because they had proved something to me when I was just a casual listener. Super Junior had gotten to a point in their career where their company was actively producing good material for them, instead of treating them as an experimental project that needed to conquer multiple Asian markets. They are still that, but their music was consistently impressive and it felt like there was a lot of effort going into the making of their songs.

SM’s subsequent efforts to recapture Super Junior’s SS-era magic have been transparent and, ultimately, in vain. I warmed myself up to Bonamana but it felt like a SS spin-off, and now Mr. Simple feels like a spin-off of that, which makes it a spin-off twice removed, and who the hell wants that?

I’ve listened to the Mr. Simple upwards of 20 times now, and the second I stop listening to it I forget what it sounds like. It has a Perfection vibe to it, in terms of its incessant beat and layering of vocals and melodies, which is really unpleasant to me as a listener. I don’t even mind the concept of the comeback so much, because with so many groups and so many comebacks, how is anyone supposed to have an original “concept”? I know that the choreography will be great, but what’s the fun in a comeback if the song sucks? 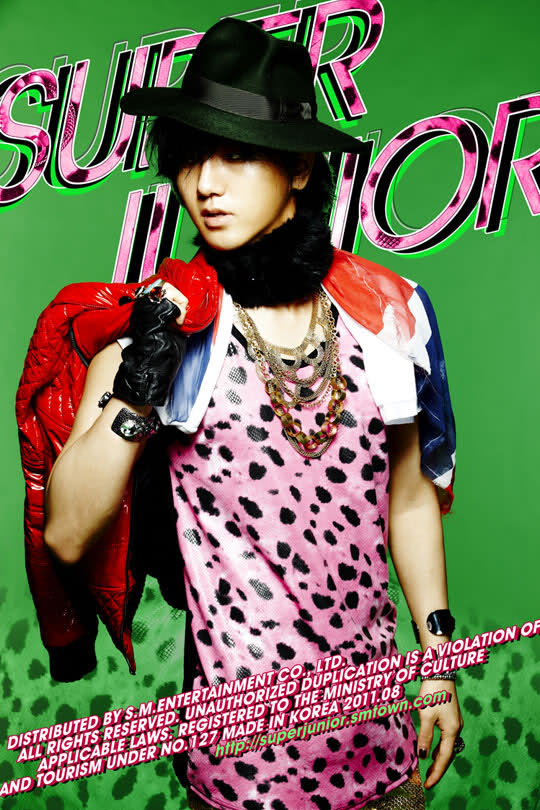 I don’t need this to be better than Sorry Sorry, I just need this to be good. At the moment I feel like the biggest problem is that Yoo Young-jin‘s work for Super Junior is stuck in this awful cycle where as the listener I can feel that he’s trying to top Sorry Sorry but is in this rut where everything sounds like a vaguely familiar remix of Sorry Sorry. I think YYJ has a great thing going on with his R&B songs and has blown me away with SM the Ballad‘s Hot Times, the R&B version of Sorry Sorry, and HoMin‘s Before U Go, so I thought he was going to do that with Mr. Simple when I watched this teaser. Isn’t the song just delicious? I can almost say that this could’ve been a great base for an even better dance track like Sorry Sorry‘s R&B song was for the dance version, but that just didn’t happen.

As for the rest of the fifth album, my favorite tracks are 라라라라 (Be My Girl), 오페라 (Opera), and Walkin’, but I don’t love them and find all the other tracks on the album bland and forgettable. SM also needs to lay off the European producers who have supplied a number of SM tracks like f(x)‘s NU ABO, Hot Summer, BoA‘s Dangerous, because there are songs on SuJu’s album that sound similar.

I’ll be following this comeback because I am still a fan. I enjoy SM’s choreography team, and 75% of my watching experience is for great choreography, so there’s no reason not to follow this. But I’m ultimately disappointed that this album doesn’t live up to my expectations, and this is the second album after their acclaimed 3rd, so I’m starting to worry that Super Junior might never be able to top their Sorry Sorry success.