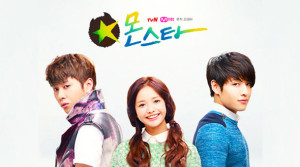 Half way through May and summer is almost here along with its multitide of “Monstar” come backs and debuts.

Speaking of Monstars, the K-drama starring BEAST’s Yong Jun-hyung debuted on the 17th anddd… it’s not half bad. Jun-hyung so far is a decent actor and the story, which in my opinion is kind of a mix of both What’s Up and Heartstrings, is interesting enough to want to watch the second episode. Monstar, which is Mnet’s first foray onto the K-drama scene, airs every Friday night and is scheduled for 12 episodes (the new episodes are available every Saturday with English subs on Hulu). 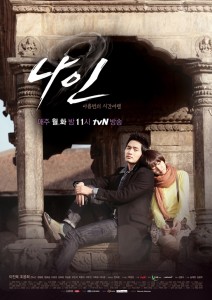 tVN‘s Nine finished up last week and I can’t wait to catch up to the end–if only there were more hours in the day. I started watching late in the drama, due to the recommendation of a couple friends and SB readers, and can understand their excitement about the show. It’s like a melo-action-romance where the lead character played by Lee Jin-wook (never noticed how hot he was before) is given a way to travel back in time to try and find justice for his family and correct all the wrongs that happened in his past–while also learning that when you mess with time… there are consequences.

The following are the top 5 Things that happened in K-pop last week that I thought were a bit more special than the rest.  If you’re not up-to-date with your K-pop and don’t like spoilers turn back now, because spoilers most definitely lie ahead.

As part of their come back promotions 2PM appeared on Shin Bora‘s Gag Concert corner Discoveries of Life. It’s good to have 2PM back.

That’s exactly what I would’ve said when I saw what the producers of Barefoot Friends had prepared for the latest mission for the cast while in Yogyakarta, Indonesia.  Their mission was to travel from the top of a cliff across a tumultuous ocean below to a little outcropping across the way on this chair hooked up to ropes.  Did they realize how high up it was, and how sharp the rocks were below, and how dangerous the ocean was in that channel?! It’s not even the end of their mission as they’ll need to crawl down the rocks on the other side to catch some kind of Indonesian shrimp where the waves are breaking against the rocks. The show does need a ratings increase, but sheeesh! I really want this show to succeed especially because Kim Hyun-joong and Yoon shi-yoon really need to be in K-variety.

3. Dancing with the Shinhwa

In the last episode of Shinhwa Broadcast, the boys invade a dance class for grandparents and take over–first showing them how to dance to PSY‘s “Gentleman” and then playing a couple of games with the more than willing halmeonis. They really are too cute and great in K-variety.

2. Sibling week on Dad! Where Are We Going?

I’ve often wondered how the siblings of the kids on the show Dad! Where Are We Going? felt about the time they got to spend with their fathers. As we saw from the beginning of the show most of the dads, being celebrities, didn’t always have a lot of time to spend with their children because of their schedules.  And now, at least once a month Kim Min-gook, Sung Joon, Yoon Hoo, Song Jia, and Lee Junsu all get a weekend get away with their fathers all to themselves, and well the rest of the cast and crew, but it’s still quality time.  All the kids, save for Hoo, have siblings and on the latest show they all (except for Joon) bring a sibling a long.

The most excited of the siblings was Lee Taksu, Junsu’s hyung, who it must be the hardest for as his little brother gets to go along with Dad on all the trips and star in the show (the rest of the kids are the oldest in their families).  Taksu was literally running around super excited trying to get ready while Junsu… slept.  Can’t wait to see more of the Sibling Special in the next episode.

1. Holding hands with a Gumiho

Well, a half Gumiho.  Anyone else loving miss A‘s Suzy as Dam Yeo-wool in the Gu Family Book? I’m totally loving her kick ass character who isn’t afraid to stand up to her father when he is wrong and to take the hand of Kang-chi when he’s all gumiho’d out. Her character is real–she’s not perfect she gets jealous and hurt, but also is understanding and not overly dramatic.  Haven’t been cheering for a heroine in a K-drama for a while now, so it’s a lot of fun and exciting having Suzy doing a good job with such a great character.