Woollim Entertainment debuted electro-dance duo Tasty last year to much fanfare. They were even hailed as “Asia’s No. 1 Performance Duo.”

Twins Daeryong and Soryong released the repetitive, but somehow still catchy, dance track “You Know Me” last summer along with their also dance heavy mini-album Spectrum — and then proceeded to fall off the face of the planet.

But it seems that the twins have resurfaced. The duo flew to Taipei for the special M!Countdown Nihao-Taiwan performance last month. The event was perfect for them as the two are fluent in Chinese and could interact with the audience and feed off their energy to give a spectacular show.

While they were in Taiwan, Tasty also did an interview with MNet America for episode 38 of JJANG! and got the chance to show off their fluency in English — Daeryong even swore at one point.

At the end of the interview came some exciting news: the duo says that they have been preparing a great album. The question is when will they release it?

Their company Woollim has been focused on Tasty’s other labelmates. Anchor idol act Infinite promoted their single “Man in Love” off their fourth mini-album New Challenge in April, and now indie rock group Nell announced their comeback for this month and released a teaser video yesterday. My guess is that Tasty will be on the backburner until at least midsummer.

What are your thoughts, readers? Are you excited that Tasty has reappeared? 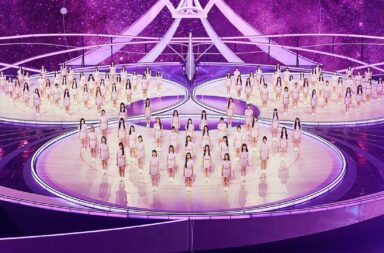