A “First Love” That is Easy to Love 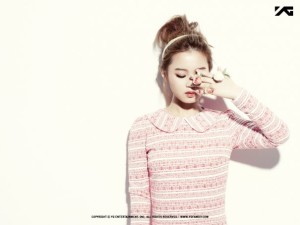 When’s a mini album not really a mini album? When it’s a full album separated in two, and this is what YG Entertainment‘s done, first with PSY and now with Lee Hi.

The thing about split albums are that they’re really double-edged swords. If done well, one could lift anticipation towards the other, and allow an additional avenue for exploring themes. On the other hand, they could either be viewed as part of another blatant tactic to milk fans (with the same content), or the content itself could be unevenly distributed between the two albums.

Speculations aside, it’s worth looking at how good YG’s latest singing sensation is, album-wise.

Nothing much to say about this, except for how the horn and drums arrangement, combined with some rather presumptuous statements, help to set the tone for the album. One could probably listen to this and know what melodies and/or vocals to expect. “Turn It Up (Intro)” makes a good album opener; it shows a conscientious effort on YG’s part to pre-empt the other tracks.

The first “full song” on the album starts with a down-beat piano introduction, which transitions into Lee Hi’s recognisable vocals and a few ad-libs. The tune then settles down into a R&B-inspired groove. “Special” suits Lee Hi’s timbre perfectly, and makes for a very pleasant listen. Another highlight of the song, as well as album, would be YG trainee-turned-potential debutante Jennie Kim, who now makes her presence felt with a guest rapping spot. Jennie displays reasonable flow and her delivery complements the track.

Following a masterful debut, Lee Hi’s second promotional track displays an evolutionary take. If “1,2,3,4” was about making a statement, then “It’s Over” is about giving that same statement more oomph — the petite soloist makes clear where she’s headed with her music. This progression may not seem promising to some, but it can be said that Lee Hi is taking it one step at a time. “It’s Over” is delivered with vocal finesse, and far from being over-sung, it’s quite apparent that YG’s little protégé is going with the flow. Her take on the song sits right with its overall rhythm, showcasing a confident performance that isn’t usually expected of a rookie.

Not to be confused with Joo Hyun-mi‘s trot single of the same name, “Crush” is a horn-and-piano-, jazz-driven track. The tune comes as a refreshing insert when compared to its preceding songs. The instrumentals are expressive and stirring, but evidently more striking is how they complement (but not overpower) Lee Hi’s smooth vocals. 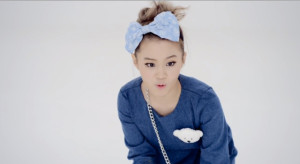 The closing track here is a simple vocal and piano arrangement. Building on the album’s earlier stripped-down sound, “Dream” shows that Lee Hi’s repertoire includes mellower songs that stray close to faster R&B beats. This song is anything but typical ballad fare; her strong alto vocals lend a different air to the melody.

Having followed her run on K-pop Star, I did have personal expectations with regard to her debut material. Simultaneously, these expectations were tempered by the fact that her vocal versatility would’ve presumably made for easy experimentation with themes and concepts; pigeon-holing her would’ve led to disappointment. Having said that, it came as a pleasant surprise that YG would craft a debut single to leave a mark on the industry — which by the way was spot on — and create a debut album to establish Lee Hi’s musical direction and capabilities.

So, what we have with part one of First Love is a selection of R&B, jazz feel tunes that complement a solid, enduring voice — good for repetitive play. The confident, just-right sound of the album, also manages to gives Lee Hi the air of a seasoned star who could very well have been on her umpteenth release. And to top it off, the duration of part one is short enough to leave fans wanting more.

For being the debut that has hit almost all the right buttons, this mini-album gets a 5/5 from me.