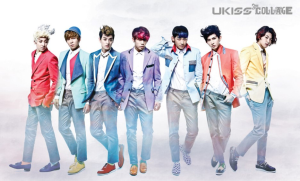 After a little over a year out of the spotlight, U-Kiss is back together with their 3rd full-length album, Collage. It would be easy to call these boys the underdogs of K-pop since they have previously released stellar works like Stop Girl and Neverland to little recognition in the industry. They also haven’t been too present in other spectrums in the K-pop world as a whole, with AJ having been focusing on his studies at Columbia University and Eli hosting Tasty Road with NS Yoon-ji. Their small reality show U-Kiss me? hosted on MNET Japan also didn’t do much for their popularity.

On top of that, their company has experienced some changes as NH Media recently merged with MAJOR Entertainment hoping to gain a bigger presence for their artists among all the idols out today. While I am hoping to see a lot more of U-Kiss out on variety shows and performing — maybe even win an award — I’m not so sure that Collage is going to make this come true. 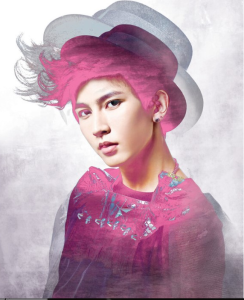 The intro song “Step by Step” doesn’t impress much. The instrumental starts off with electronic beats that progress into lackluster dub-step. The song seems to be reaching for something like Nero‘s ” Me & You” but “Step by Step” lacks that song’s high intensity punch. It wouldn’t have been so bad if the album had more songs influenced by the sound or even if the next track followed it more closely, but it just stands out as an odd start to the album, seeming really out of place.

The lead single “Standing Still” follows the intro and as a title track, it is disappointing. I was excited to hear that Ryan Jhun would have a hand in this single, as he had produced the group’s Neverland album and has also worked with some SM artists. The song starts off with an acoustic guitar before mixing in an electronic beat that doesn’t make for a very impactful chorus. The boys’ voices also seemed to have been blended a little too much with the instrumental, preventing any one voice from really shining and contributing to its somewhat stagnant quality.

The next song “Can’t Breathe” follows much the same as “Standing Still” with its electronic influences, but that’s about it. It carries with it a lot more energy that’s reinforced by allowing some of the members’ more distinct tones to be highlighted. While the previous track blended too much with the boys’ voices at times, this song allows them to work with the music rather than just being overpowered by it and make for a more fun listen. If they were focusing on having a dubstep/electronic sounding comeback, then this song probably would have been the better choice.

“Missing You” sounds more like it should be on a soundtrack than on an idol album, but even with that, it’s nicely done. The use of 8-bit in the background makes for a really cute song that, while pretty much standard to have on an K-pop album, doesn’t fall into the unbearable type of aegyo category.

At this point things start to slow down when we get “Bad”. It’s a nice stab at mixing R&B with pop elements and the song does distinguish itself well compared to the rest. Soohyun does a great job with his high notes and almost carries the whole song. It sounded like “Bad” was going to be the stand alone ballad on the album but there are actually two much slower ones to go. 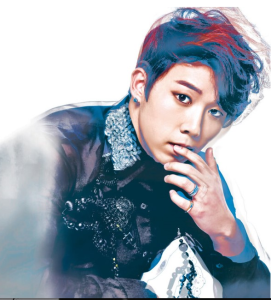 The first is the duet between Soohyun and Hoon called “Love Is Pain.” It’s the slowest song on the album and probably the most classic in terms of melody. It starts off with the very simple notes on a piano before building up to include other common orchestra instruments. Hoon does a good job of keeping up with Soohyun in this song. He wasn’t given too many lines in their last full work, Neverland besides his duet with Kevin. Sometimes people push Hoon to the side because of his late addition to the group and forget that he has already had some experience as a solo singer. Either way, “Love Is Pain” is a pretty sleek song to show off both his & Soohyun’s growing vocal ability.

The last ballad comes from Kevin and while it’s not a favorite, it’s still soft and sweet. Kevin often excels as a singer in the group and has always had good control but this song doesn’t really offer his voice much challenge. The rap towards the middle doesn’t add much interest either, which just causes to song to fall flat.

At this point, it’s time to change things up a bit again and it’s here we get the AJ and Eli self-composed track, “Party All The Time.” This isn’t AJ’s first try at composing and while I have never really been overly fond of his works, this is my least favorite of the bunch. The xylophone hits in the background and the Chipmunk-esque tone given to some lines can’t be taken seriously when listened to with the lyrics. Talking about getting drunk and spending all your money is cool but the total flow of the song is off and somewhat childish. As the only song on here that could be considered predominately Hip-Hop influenced, it works a bit for the album as a whole but not exactly special for the genre it’s attempting to connect with it. Also, considering his lack of lines in other songs, it probably would have been a good idea to add Dongho in the mix.

Next is “Sweety Girl” and it’s actually a charming addition. The K-pop and punkish band combo has always been popular and there’s nothing new about it here. Though U-Kiss usually does a better job with more hard-hitting tempos, they do decent with this song as well.

“Because I Love You” wouldn’t fit anywhere else but as the ending song. Not being able to let go of a loved one is always good lyrical content and while this is another song that doesn’t particularly stand out, it’s an alright outro to the album. 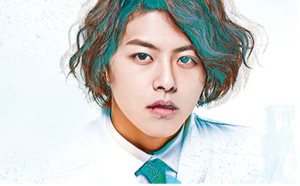 Collage doesn’t make for a bad album but it definitely could have been more bold with in its production, instead of falling into the all to well known K-pop sounds done by everyone else. Whether U-Kiss has decided to follow this path in hopes of gaining more ground in the industry is yet to be seen, but they probably would had a better chance if they worked on carving a niche for themselves.

“Can’t Breathe” and “Bad” remain my favorites and it’s nice to hear Soohyun and Hoon take quite a lead, though barely hearing Kiseop and Dongho’s voice is a bit worrying. There’s also the issue of the album slowing down after the ballads and never really picking back up with the supposedly more high-energy tracks. Collage is a cohesive album with a few songs shining more than the rest but the overall affect is bland so I have to give it a 2.7/5.