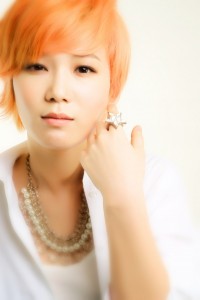 Kim Hye-ri, from MBC‘s reality competition Birth of a Great Star, has recently made her official debut with ballad “Spring Comes.” Kim, a talented vocalist whose skills were highlighted on the competitive program, has signed with Yedang Entertainment, the same company that houses idol groups Rania and C-Clown. However, while Yedang is best known for housing the two up and coming idol groups in the K-pop scene, the company also houses notable vocal talents ALi, Lim Jae-bum, and Cha Ji-yeon, and considering the relative success and respectability of these artists, I am fully confident that Kim Hye-ri is in capable hands.

The song Kim debuted with is the bittersweet “Spring Comes.” As we’ve discussed briefly before, seasons are a very reoccurring theme not only in K-pop but in music in general. The archetypal images and connotations of the different seasons are universal and thematically potent, leaving much room for creative interpretations and comparisons. In her debut single, Kim talks of a transition between the rough and callous winter to a more blossoming spring.

Generally, winter is remembered as a period of repose and solitude. From the solemn snow to the chilling cold, universally, winter is used as a symbol of a time of mourning and suffering from inclement feelings or turbulent times. In contrast, the season of spring is almost always regarded as a period of rebirth, a time where life blooms once again after a time of slumber. Likewise, thematically, spring is often likened to a time of recovery and hope after rough times in the past. 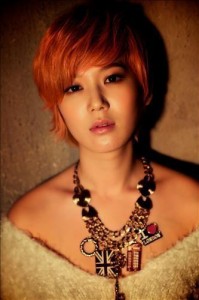 In Kim Hye-ri’s debut song, she compares winter to her time of suffering from her unsightly break up and continually associates spring with happier times with her lover. However, the lyrics of the song talk about how difficult and awkward the transition between the two periods are, describing the difficulty of going from a time of solitude and mourning to a time of rekindled optimism and hope. The somber lyrics reveal that despite spring’s upcoming arrival and time’s natural progression, Kim stills feels that she is still stuck in a perpetual winter, still not getting over her feelings toward her former lover. In the melancholy track, Kim notices spring’s eventual arrival and expresses deep frustration over how the entire world is moving forward except for her, who is rooted at the same spot. She reveals her deep desire to get over her feelings and move on, yet at the same time, she is vulnerably incapable of doing so, still being scarred lastingly by her unfavorable relationship.

For such a loaded and conflicted song, Kim does an ample job at delivering its heavily relatable message. She starts off solemn and reserved in the beginning verse and first chorus before the sound climaxes come the second chorus, slowly building up during the second verse. If I were to nitpick a flaw to the sound however, it would actually be the simplicity of the song. Usually simplicity is very effective and powerful especially for ballads but a little more complexity would have done the song a bit more good. Kim’s timbre would have better suited a more orchestral piece rather than the simple piano instrumental the song provided, and considering the song’s poignant message, more interesting stylistic, musical choices would have spiced up the song also. 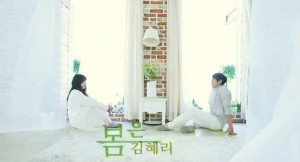 The accompanying music video plays along with the archetypal images of winter and spring established by the the lyrics of the track. Staring labelmate Rome of C-Clown, while the story’s plot and content was suitable, the aesthetics and visuals of this video is what really deserves praise. The whole video looks stunning, and the scenery and props fully fit the theme of the song as well. There is a bright and sunny filter during the happy scenes of the couple, set in spring, and there is a highly contrasting darker filter deployed in the winter scenes, where our protagonist spends the majority of her time mourning. Other than the filters, the video makes a great effort in highlighting the contrast between spring and winter; from the lighting to even the use of greenery, the difference between the two times are jarring and effective in carrying out the message of the song.

Moreover, there were other stylistic choices that caught my fancy. First of all, there were the continually flowing curtains. While unrealistic and implausible, the flowing white curtains were a smart way to allude to the winds the lyrics continually referred to. Additionally, the moving curtains also added a very ethereal, albeit fantasy-like feel to the video, contributing to the mood and foreshadowing the turbulent times ahead. 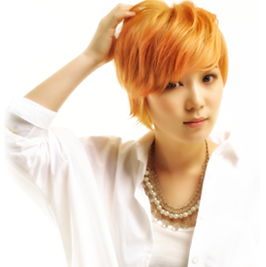 Second of all, there were the parallel windows the couple were continually framed in. While the computer graphics occupying the space in that window was blatantly unrealistic, the frame added a symbolic parallelism to the music video. The two windows formed a clear yet balanced separation between the couple in those frequently shown shots, so when our female protagonist is left alone after her lover leaves her, the severe lack of balance could be felt. Also, while the graphics were blatant and unrealistic, the sudden switch from a calm spring to a turbulent one was admittedly a very effective transition, also being effective in delivering the message of the song.

In conclusion, Kim Hye-ri’s debut is an acceptable one, with her first effort with “Spring Comes” being a very beautiful and symbolic piece. However, while the thematic value of her first effort is remarkably high, other parts of her debut is admittedly a bit lackluster. The plot of the video was somewhat predictable, and while the acting was sufficient in illustrating the message of the track, there were moments that felt a tad exaggerated. Additionally, while the track is able to display Kim’s credibility and potential as an up and coming artist, the song itself is kind of plain, lacking in any true spice that would otherwise elevate the song. It is still a standard ballad through and through, and while its theme and lyrics were powerful and potent, a little more complexity would have done wonders for the effort.

Ultimate, Kim Hye-ri’s “Spring Comes” gets a 3.15/5 from me for its beautiful aesthetics and exemplary thematic value. Readers, what are your thoughts on Kim Hye-ri? Feel free to share them below!

C-Clown Returns from “Far Away”