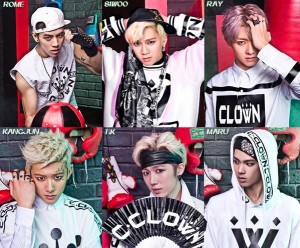 Recently, C-Clown returned to the K-pop scene in a rather surprising way. Despite debuting with a smoother sound, the group is back with an upbeat, aggressive song about seeking societal justice.

C-Clown made its start as a smooth and soft group, releasing mostly ballads and R&B tracks. The most “pop” song the group released was their debut, “Solo,” and it still would not be classified as a dance track. The songs focused more on their vocalists than the rappers. Their first three title tracks were songs that dealt with love and heartbreak, so “Justice” pretty much came out of nowhere.

While I generally appreciate — and even encourage! — efforts by groups to not put themselves in an image rut, there are good ways and bad ways to change. I’m not talking about the transformation into the “sexy” image. I’m talking about changes in musical style. It is a bit disconcerting to go from songs with less BPM to a song that would make a great work-out tune. “Justice” is a giant leap in another direction.

C-Clown can pull off dance-pop if they wanted. They have the skills, both in voice and dance. Sadly, however, “Justice” is done in a manner that does not translate too well.

We probably all remember the stir caused by G-Dragon’s “Crayon” and SNSD’s “I Got a Boy” when they were released. They both mashed together seemingly unrelated beats and melodies into one song. C-Clown follows in step with their predecessors with “Justice.” From simple rock bass beats to electronic, the song bounces between three different styles. Like the other songs, although it should not have to, “Justice” will probably grow on you.

Lyrically, the song is preaching a strong message: bringing justice to the wrongs of society. C-Clown wants to help those who are suffering at the hands of others and avenge their pain. The one truly nonsensical lyric would have to be the allusion to Jack Sparrow. I’m not sure how it fits into the theme of the song. Perhaps it refers to the character’s tendency to do the right thing and fight those that wrong him.

The MV for “Justice” appears to be typical K-pop: the usual warehouse, random props, individual and group shots. The wardrobe consists of the usual “tough” colors: black, white, and red. C-Clown does stay within their fighting theme with the use of a set that looks like a gym locker room and boxing movement during the dance. 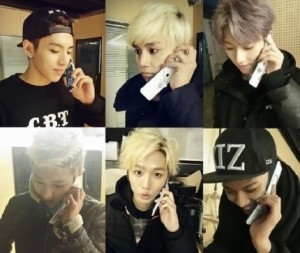 The MV brings out the most important aspect for C-Clown’s comeback. Initially, the MV starts with a phone number being dialed (and the same number is in the lyrics): 010 8810 8615. While seemingly random, it’s been revealed that the number is actually a support hotline. The hotline, which the members themselves actually take calls through, is for students who are victims of bullying and school violence.

Although numerous people have sought to help those who are victims, to my recollection, this is the first time a K-pop group has taken such strong measures. Not simply choosing to speak out, C-Clown is offering help and comfort to victims. This is very admirable.

If this song and MV brings more attention to the issue of school bullying, then that is great. The hotline is already seeing success, if the backlog is any indication. Not just content to sing about justice, C-Clown is actually being active in pursuing justice. 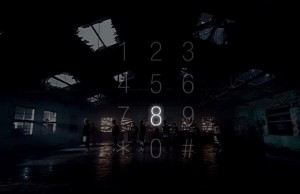 For review purposes, I give the song a 3.5 out of 5. Instrumentally, the song is in a random style that should have died with “Crayon.” The lyrical content, however, is a break from typical love songs. That is a plus and makes up for the annoyance of the instrumentation.

The MV is a 3. It would have been nice to see more of the dance sequence. Also, the MV moves too fast and does not bring anything “different.” Anybody else tired of typical K-pop MVs?

C-Clown Returns from “Far Away”