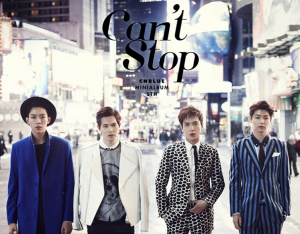 CN Blue is finally, finally back, and they’re here to tell us they “Can’t Stop” doing what they do best — make good music. We last heard from them in September 2013’s Japanese release What Turns You On?, but the last time they released an album in their native tongue was in (gasp!) January of the same year, with Re: Blue rocking the Gaon Weekly Charts at number one.

This new effort, Can’t Stop, offers listeners a rather different side of CN Blue from what we’ve heard before – a more mature band, reflective of their growth both musically and personally. It’s reflected in the styling as well: no more biker jackets or scruffy tees — the boys clean up very nicely in suits a la Bluetory, but with more individuality. They ditch the uniformity of black tuxedos for outfits that scream preppy and attractive young men who’re confident enough in their own skin to stand out from the crowd one way or another. 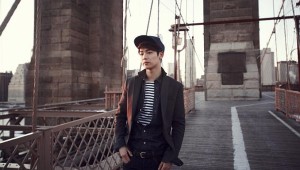 Musically, the entire mini-album was written by the band members themselves, with lead singer Yong-hwa being responsible for 5 and guitarist Jong-hyun contributing one. One major upside to singing the songs you wrote yourself is that you naturally incorporate elements into the song that will make your voice sound particularly outstanding.

This occurs so unconsciously for CN Blue’s resident songwriters that the songs are generally without any aspect of musical pretension, and listening to their music is like — cheesy as this may sound — listening to a piece of their heart.

In past interviews, CN Blue has cited various musical influences such as Bon Jovi, Eric Clapton and Maroon 5, the hints of which can be found in songs such as “I’m A Loner.” It’s difficult to pinpoint what exactly CN Blue’s sound is, given their versatility as musicians and performers; generally, however, their tracks have been heavy on the acoustic guitar melodies, steady bass beats and soaring electric guitar riffs.

Possibly inspired by the coming of spring, the boys switch things up in the new title track, “Can’t Stop.” Here, guitar-heavy elements take a backseat to some surprisingly orchestral instrumentals.

The song itself opens with a crystalline piano, which is joined by a soulful violin insertion as Yong-hwa sings somberly about how “Just once in a day / I remember you / I miss you” and that “this can’t be right”. The verse itself seems to be rather depressing, as it concludes on a note of helplessness and near-despair: “what am I supposed to do?” 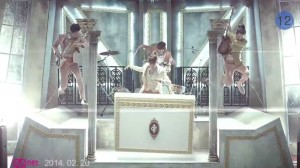 Just when you think the song is going to be a sad, sad ballad, though, the verse begins building up with thumping beats as Yong-hwa says that in spite of his helplessness, he’s just going to “live day by day / like a mirror / My day is yours”. It strikes me as a sign of personal growth on the part of the songwriter — rather than pining, he’s going to just take life as it comes, and commit to his love regardless of whether the object of his affections is by his side.

And then, with an almost seasonal appropriateness, the song just seems to burst into bloom in the chorus, into a wild, excited flurry of positive energy. In the MV, the boys jump into the air as the chorus begins, and their musical instruments – symbolic of their musical voice – seem to explode with a kind of ethereal force and are suffused in an almost divine light.

It’s as though their commitment to relentless living and loving (“Can’t stop me now, can’t stop me now / I can’t stop, I can’t stop loving you”) has infused them with new strength and amplified their voice. It’s a fantastic moment of maturity and growth, and this twist in the song, both musically and lyrically, is why I think it makes a beautiful title track — if music is not meant to encourage everyone to live more bravely, then what is?

“Diamond Girl” is our next stop on the happy train, all blaring brass and cheeky-sounding guitar inserts. It’s a mix of retro, which seems to be pretty popular these days, and good old CN Blue — all confident, youthful declarations of love with cool guitar riffs thrown in for good measure. It’s a pleasant, breezy listen and endearingly saccharine, with Yong-hwa cheerfully declaring to the object of his affections that she is “a diamond girl… a beautiful gem.”

The well of positivity seems to run dry for a spell in “Cold Love,” as Yong-hwa sings from the perspective of a man breaking down as he realises the end of a romantic attachment is near. It’s as overtly depressing as the previous track was in its exultation of love — it even begins in A minor, which is just about the most morose key ever identified. 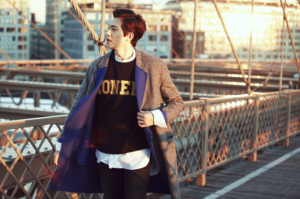 This song really highlights each member’s musical proficiency and the band’s overall cohesiveness: Min-hyuk‘s buildup on the drums keeps the transitions from verse to chorus from becoming repetitive, Jong-hyun’s riffs effectively up the angst factor after the chorus, Jung-shin‘s variations in the bass ground the song’s emotional undertone. Overall, the song has great impact, and provides a well-placed emotional balance to the positivity of the first two tracks.

Next up on the tracklist is Jong-hyun’s composition, “Sleepless Night.” His gentler vocals really do shine here in the verses, which is fitting as the lyrics speak of a fairytale-esque experience: he sings of a girl with a “mysterious smile”, who meets him like “the scent of flowers spreading with the wind”. This particular simile perfectly captures the moment of falling in love: intensely and overwhelmingly beautiful, but fleeting and soon gone.

It’s a beautiful lyric; the refrain is borrowed from a line in Kim Chun-soo‘s poem The Flower. Musically, Jong-hyun’s verses contrast with Yong-hwa’s strong, emotional vocals in the choruses, where the lyrics speak of a “pounding heart” as the man endures an “endless night”, tossing and turning with thoughts of the girl in his head. 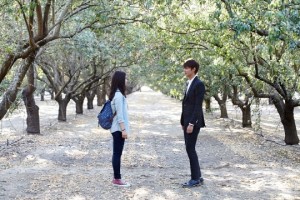 “Love Is…” is a nice enough track, but nothing to write home about. I wouldn’t go so far as to label it as filler, but it does bring to mind waaaay too many drama OSTs. You’d play this song when the drama leads are holding hands on a bridge… snow is falling… and then they walk away from each other with tears pouring while the chorus blares…

But I digress. Perhaps it speaks volumes about CN Blue’s past musical output that we have such high expectations of the boys — to borrow a line from Hallelujah, Baby!‘s Georgina, being good isn’t good enough when it comes to CN Blue. From anyone else, we might have accepted this track as — well, acceptable. But we don’t want acceptable from CN Blue, we want extraordinary! We know they can do it; just look at what they’ve done so far! “Love Is…” isn’t a bad track per se, but it’s a bit bland, by the elevated standards we have for CN Blue.

We close the album with “Like A Child”, which is so Carebear!fluffy and exuberant that you can’t help but love it. Upon first listen, it immediately brings to mind rainbows, unicorns, and My Little Pony. It’s just so bouncy and has such soaring orchestral backing instrumentals that I just want to hug the song to sleep, if possible. 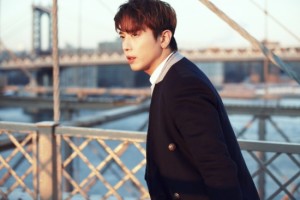 The lyrics, however, reflect a certain maturity that CN Blue has attained regarding the band’s musical direction. The song reflects the band’s desire to produce uplifting and edifying music, “like a child, just like a heaven / a melody to spread all over the world”. The imagery is overwhelmingly beatific and idealistic (“like the spreading meadow / like the setting sun / this beautiful paradise”), but it’s a beautiful ideal to subscribe to.

One really does have to respect how the band refuses to cut corners with their expectations for themselves, basically ending the album with an announcement that they’re going to be around and producing good music for always. Which is great news; I do love me some CN Blue.

“Can’t Stop” is a thematically consistent effort that rarely disappoints. “Love Is…” is perhaps a little of a downer, but it isn’t mediocre either. All the other songs just come across as so honest and genuine that it just gets me right in the heart, and it’s fantastic. Listening to CN Blue really makes me yearn for more artistes writing and singing their own songs, if only to achieve this kind of emotional vulnerability and honesty. It made the whole mini-album, short as it was, entirely compelling. 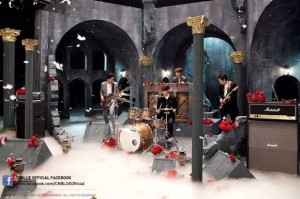 Personally, I love the motif of spring that runs quite consistently throughout this album – it’s just so appropriate for this time of the year, when winter is on its way out. Spring speaks of welcoming new beginnings, which is also fitting for CN Blue: a band that has finally succeeded in convincing their management to just let them do their own thing, to wonderful results. It also makes for some beautiful cinematography, with the dry ice and falling rose petals creating this lovely, intimate atmosphere for the title track’s music video.

One might be tempted here to make a reference to flower boys — but CN Blue really is more than their pretty faces. They’re musicians, and they’re determined to stay their way. I’ll be rooting for them all the way, and I hope you readers are too!